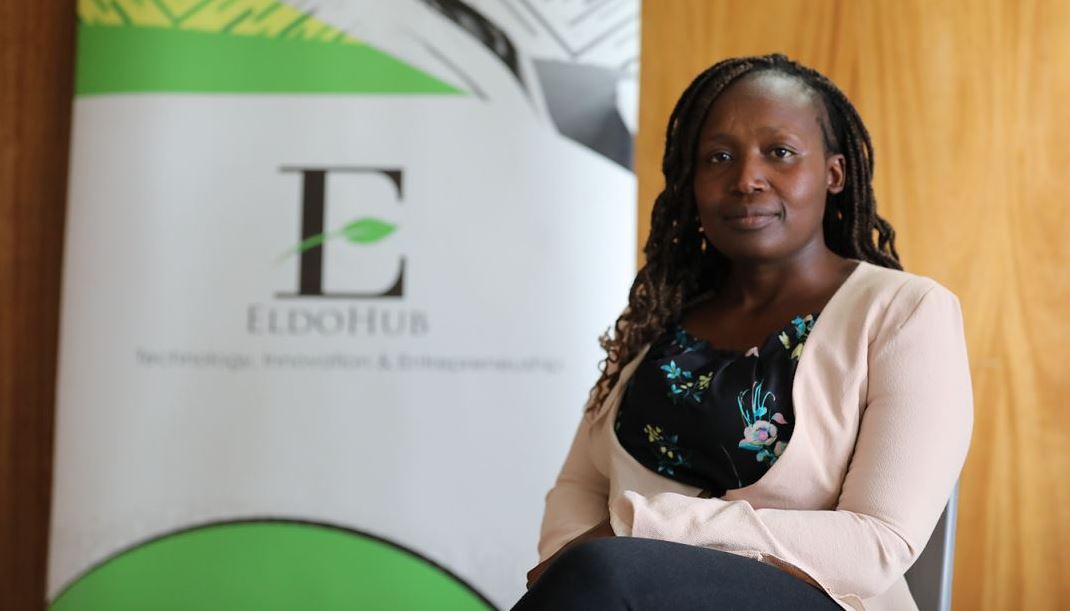 Eldohub Founder Magdaline Chepkemoi has been elected the new chairperson of the Association of Countrywide Innovation Hubs (ACIH). She takes over from David Ogiga and will serve for a period of two years.

According to Chepkemoi, her goal is to “take ACIH to the next level by increasing its publicity and impacts both locally and regionally” To achieve she says she will “leverage existing partnerships and create new ones as well as on-board new members from across the country,”

She also stated that ACIH plans to create 50, 000 jobs and grow 8,000 tech startups in the country, through capacity building, collaborations, fundraising, networking and linkages.

“The association also plans to create a programme that supplements the efforts of ecosystem players in fostering innovation, technology and entrepreneurship while tapping and nurturing talent, creating job opportunities and opening up the market for startups and MSMEs to contribute to the national GDP,” she said.

Chepkemoi promised to work with the new team to execute the ACIH Strategy that includes growing its membership to 100 and equipping over 10,000 youth on skills development.

Currently, ACIH which was formed in 2019 to promote activities and programs of hubs outside Nairobi has 36 members.

The association has played a central role in the shaping of the Startup Bill, Initiation and Execution of the Great Covid 19 Innovation Challenge co-hosted with Konza Technopolis.

Hubs located outside Nairobi face unique challenges such as lack of support systems such as Wi-Fi, office space, mentors and talent among others.

Moreover, these hubs located in counties are important in spurring local innovations as well as train talent which help promote the overall start-up ecosystem in the country.

According to the latest data, Kenya startups raised $375 million in funding in 2021 placing it at number four in Africa. Nigeria startups received the most funding at $1.37 billion, followed by South Africa ($838 million) and then Egypt ($588 million).