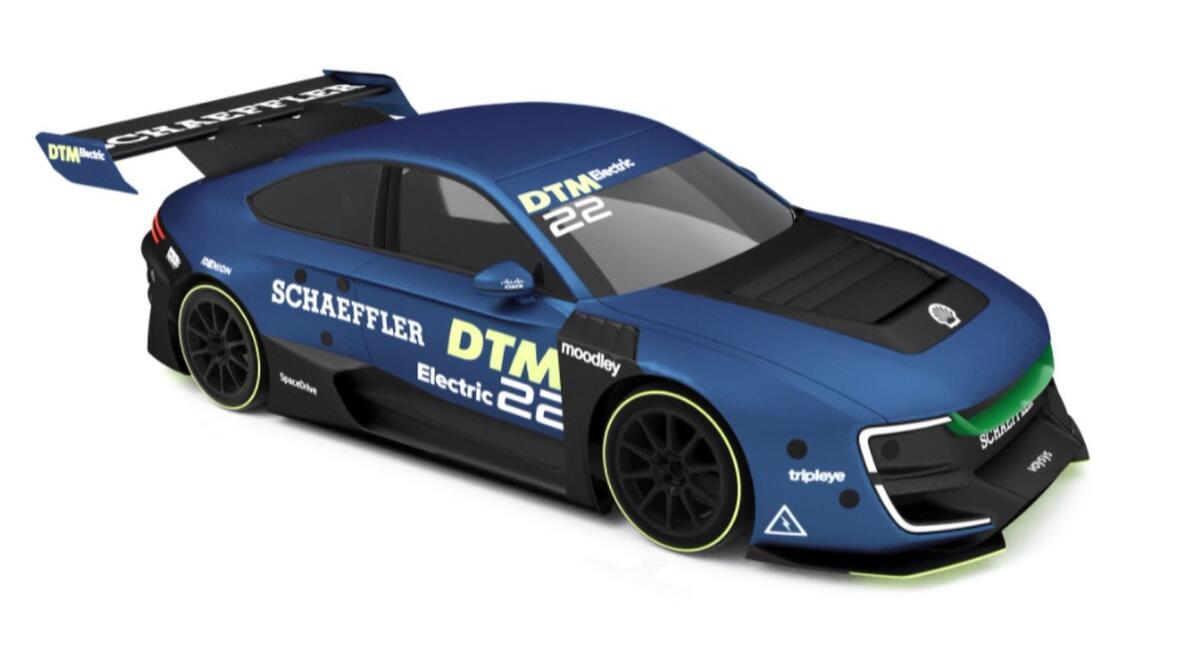 It all started with over 1,200 fully electrified horsepower at Hockenheim. Now, DTM and Schaeffler are showing the next electrifying project: during the race weekend at the Red Bull Ring from 3-5 September, the long-standing series and its innovation partner, together with other important partners, are presenting the DTM Electric Remote Run.

Here, the DTM Electric Demo Car that already thrilled fans during its maiden outing in October 2020, will be driven at the 4,326 metres long track in Styria, Austria prior to the races on Saturday and Sunday, without a driver sitting in the car! The car will be guided by DTM Trophy champion Tim Heinemann from a state-of-the-art simulator located 82 kilometres away at DTM partner AVL in Graz.

Benedikt Böhme, managing director of the DTM organisation ITR: “The DTM Electric Remote Run is the next step on the way towards a fully electrified high performance race series. The project is showing elements that in future could be used in a fully new, global, electrifying race series like we want to establish with DTM Electric alongside the proven DTM. Moreover, it shows which innovation power our platform has for developments aimed at mobility of the future.”

Matthias Zink, board member Automotive Technologies, Schaeffler AG, says: “As a DTM series’ partner, Schaeffler is proving innovation power and pioneering spirit. The operation in extreme conditions during the Remote Run is proof of the high maturity level of our technology and is a decisive step forward in the development towards series-production stage.

The Space Drive system that has been implemented in the DTM Electric concept car is a key technology for autonomous driving, excellently proven with over a billion of kilometers completed on public roads. We would like to thank all partners who have contributed to this project.”

With the DTM Electric Remote Run, Schaeffler is pointing out yet again the opportunities that DTM has to offer as a laboratory for innovation, and with the state-of-the-art drive-by-wire system, already in use in DTM, is demonstrating elements of autonomous driving that could also become a part of DTM Electric.

In the race, in line with the DTM’s DNA, the driver should always make the difference, but remote control or autonomously operating vehicles are imaginable, for instance to enhance safety and equal chances during safety car interventions. However, for the sporting on-track competition, the driver remains irreplaceable, which is why a driver is determining the route during the Remote Run as well.

“We would like to thank Schaeffler and all the other partners for taking on this project together with us and for the fact that we can make the next big step in terms of innovation,” says Michael Resl, director competition & technology of the DTM organisation ITR. Within only five months, the project was conceived and turned into reality, which required the combined strengths of multiple partners because of its high complexity.

Project management, the car with drive-by-wire system, the safety concept and the operation are the responsibilities of Schaeffler, a pioneer in motorsport that has evolved to become one of the outstanding players in the field of modern mobility and is an important partner in DTM Electric.

Riedel Communications from Wuppertal, Germany, is responsible for the coverage and securing of the radio and data communication connections. American company Cisco is providing the edge platforms for the network connection (SD-WAN) technology between the simulator and the racetrack, and its 5G technology is ensuring uninterrupted control of the car as back up to the primary link.

The driving simulator from AVL is providing feedback concerning handling and stability like in the actual DTM Electric Demo Car, courtesy of driving dynamics simulation software that is also being used to process the DTM Balance of Performance. Other companies involved are Tripleye, providing a connected camera system including a computer unit, as well as Voysys, supplying the software and its integration for tele-operated driving. Memotec, a proven sensor partner of the current DTM platform, is also involved in this innovative project.