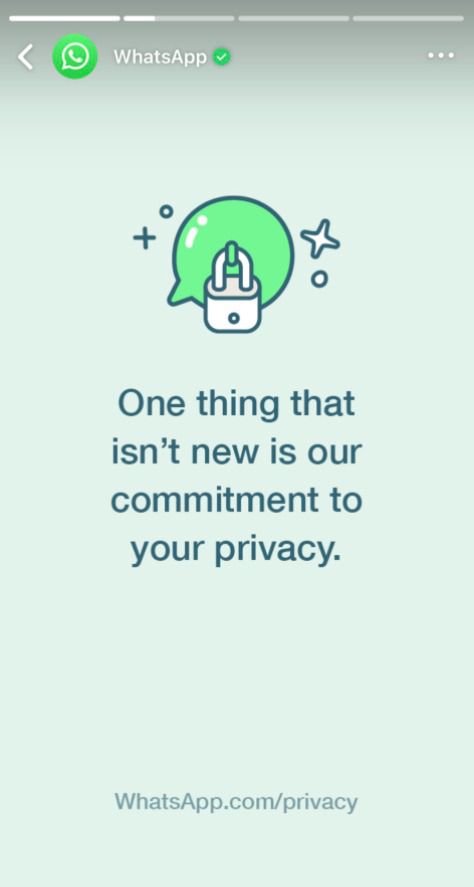 One of the world’s largest messaging apps has been embroiled in a back and forth battle with their user community about privacy matters.WhatsApp, has started posting Status messages to users about its “commitment to your privacy.” The in-app messages were appearing for Kenyan users during the final week of January.

“There’s been a lot of misinformation and confusion around our recent update and we want to help everyone understand the facts behind how WhatsApp protects people’s privacy and security,” said a WhatsApp spokesperson. “Going forward, we’re going to provide updates to people in the Status tab so people hear from WhatsApp directly. Our first update reaffirms that WhatsApp cannot see your personal messages, and neither can Facebook, because they are protected by end-to-end encryption.”

The messages read, “One thing that isn’t new is our commitment to your privacy,” and a reminder that “WhatsApp can’t read or listen to your personal conversations as they’re end-to-end encrypted.”

The messages show just how deeply entrenched the misinterpretations of the privacy policy are, hence why the messaging giant is putting in a larger effort to dispel any false information. The update is meant to explain how businesses that use WhatsApp for customer service may store logs of their chats on Facebook’s servers.