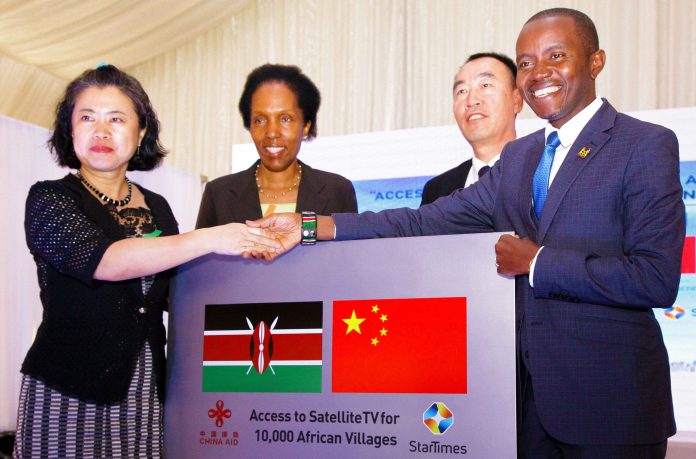 In a summit, Forum on China-Africa Cooperation (FOCAS), held in Beijing and attended by 3,200 participants from China, Africa and international organizations, new grand goals were set for upgrading the relations between China and Africa. The summit is the largest and most high-profile diplomatic event ever hosted by China.

The success of the FOCAC Beijing Summit has demonstrated that the traditional friendship between China and Africa enjoys a solid foundation and that China-Africa practical cooperation is full of vitality.

The project, a China-Africa cooperation program, was announced by Chinese President Xi Jinping on December 4th, 2015 in Johannesburg while attending a similar summit. It is aimed at enabling African families in rural areas to have access to the digital signal with high-quality images and rich TV programs.

Since 2008, StarTimes Group has been in Africa cooperating with African governments in promoting the digitalization and informationisation of African society. The company has established its presence in more than 30 countries and are serving more than 20 million users, making it the fastest growing and the most influential digital TV operator in Africa.

StarTimes has a prognosis to reach out to 10,112 villages in more than 20 African countries benefiting from the “Access to Satellite TV for 10,000 African Villages” project.  In Kenya, 800 villages will benefit from the project, that translates to 16,000 households and 2,400 public institutions.