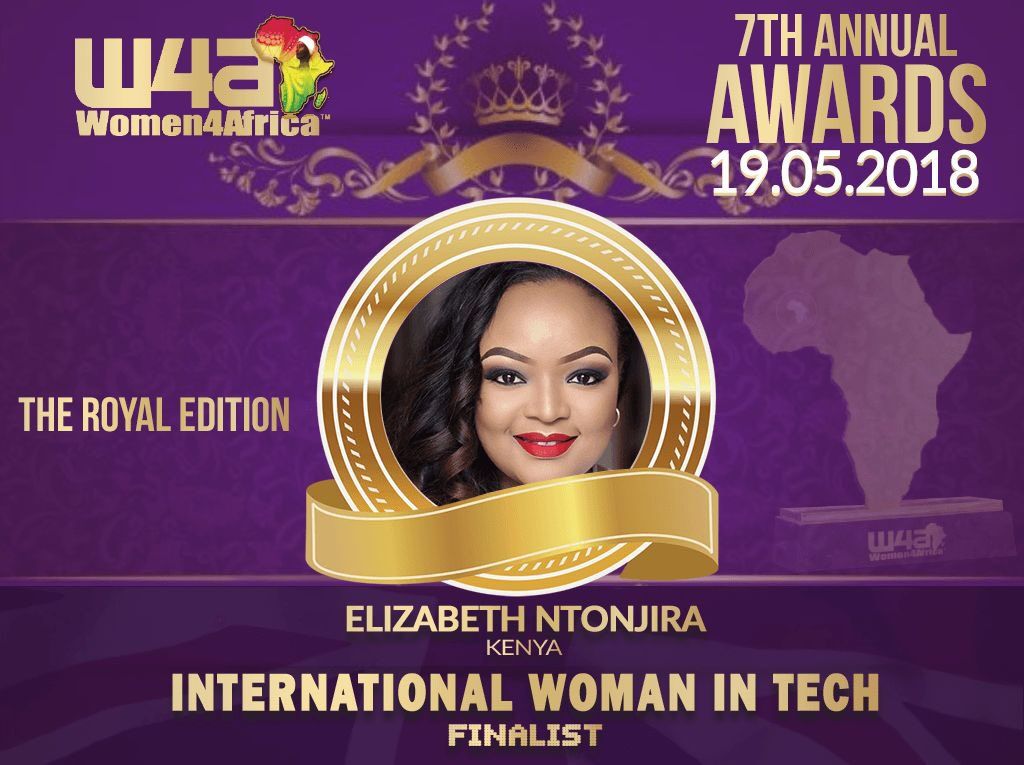 IBM External Relations Leader for East Africa, Elizabeth (Lizz) Ntonjira has been nominated in the International Women in Tech category in the prestigious Women4Africa Awards set to take place in London on the 20th of May this year.

Ms Ntonjira  has been nominated alongside Nisha Maharaj of South Africa.who is currently the CEO of Niche Intergrated Solutions. Other Kenyan Women who have been nominated for the Awards include Dr. Zipporah Ali under international Humanitarian category and Fatma Alimohamed, nominated under Inspirational woman of the year category.

Women4africa is a UK registered organisation focused on celebrating  and empowering  Africa and its women by supporting and  celebrating their role in their communities via conferences, supporting education and Awarding prestigious awards, recognitions and special honours on such women identified and nominated by the public.

Currently the IBM External Relations Leader for East Africa, Lizz is a strategic communications specialist and has a vast experience managing and overseeing media relations, public affairs campaigns, programs, branding, and media strategy; experience she has gained within a number of roles in the public, private and international development sectors spanning 10 years.

In this current capacity, she is pivotal in communicating the latest technological trends, research and innovation to the East African market in a targeted, better understood medium using less tech jargon through strategic media outreach, both traditional and social media, as well as execution of key messaging used by Subject Matter Experts.

Prior to IBM, Lizz was the Communications, Campaigns and Outreach Manager for an NGO where she managed and coordinated communication, campaigns and outreach programs across 16 countries in Africa.

She has also worked for a USAID funded project where she implemented networking and communications strategies to facilitate policy development and learning in the East and Southern Africa region.

Lizz also worked as a prime time news anchor and show host for NTV, Nation Media Group, which is the largest media house in East and Central Africa. She is a recipient of former US President Barack Obama’s Mandela Washington Fellowship for young African Leaders in 2015. She was also recognized as the Best TV reporter on Gender and Development by the United Nations Population Awards of 2012.