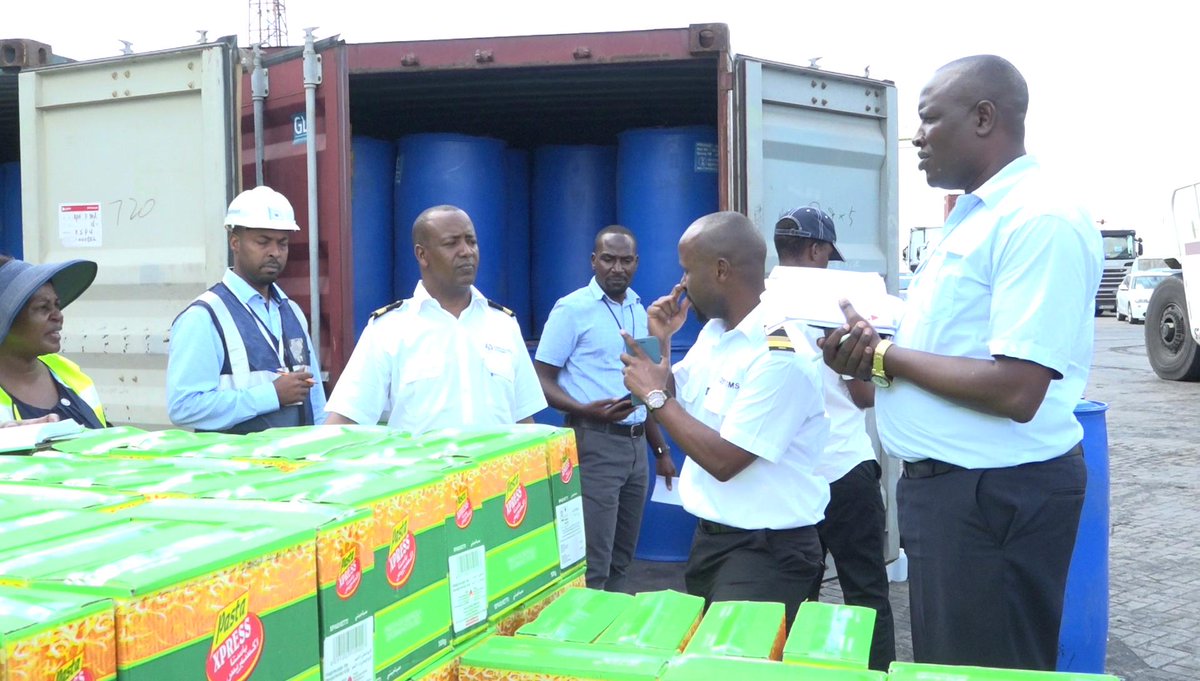 Kenya Revenue Authority (KRA) has seized 144 drums of imported Ethanol at the Port of Mombasa. Customs officers also seized another high end motor-vehicle (a Range Rover). The two were intercepted following intelligence reports; they were scanned through KRA’s non-intrusive scanners and the images showed inconsistency with what had been manifested.

The Ethanol was imported in two by twenty feet containers while the vehicle was in a twenty-foot container. The Ethanol had been mis-declared as 1000 bags of cement. While the Range Rover Sports, suspected to have been stolen from the United Kingdom, had been mis-declared as second-hand window frames, doors, folding chairs, stools and wall pictures

“A multi-agency team lead by KRA undertook 100% verification on the consignment and confirmed that the three containers were indeed carrying 28,800 litres of concealed ethanol and a Range Rover,” noted Mr. Kevin Safari, KRA, Commissioner, Customs and Border Control, in a press statement.

“The drums with a capacity of 200 litters each were concealed in 285 boxes of spaghetti at the entrance of the containers to prevent the law enforcers from detecting the ethanol,” he added.

Mr Safari further explained that the mode of concealment was similar to that of four twenty-foot containers recently intercepted at the inland container depot (ICD) in Nairobi, whereby KRA intercepted 20,000 litres of ethanol with a tax value of more than KSh6.16 Million at the Kenya-Tanzania border in Namanga; this time with the help of mobile scanner at the One Stop Border Post (OSBP) revealed that the consignment had containers of ethanol.

The mobile scanner at the Namanga One Stop Border Post, is among a collection of modern technological measures that KRA is leveraging on to combat concealment of goods and other malpractices as well as to expedite cargo clearance at the points of entry.

Apart from Namanga, KRA in conjunction with development partners has installed x-ray cargo scanners at key points such as the Inland Container Depot (ICD) at Embakasi, Jomo Kenyatta International Airport (JKIA) and at the port of Mombasa. Plans are underway to install more scanners to equip all points of entry with non-intrusive verification capability of imports and exports.

KRA, through the Customs and Border Control arm, is committed to ensuring that goods enter or leave the country within the confines of the law. Malpractices such as under-declaration and concealment of goods do not only deny the Government a fair share of revenue but also pose unfair business competition to legitimate businesses.