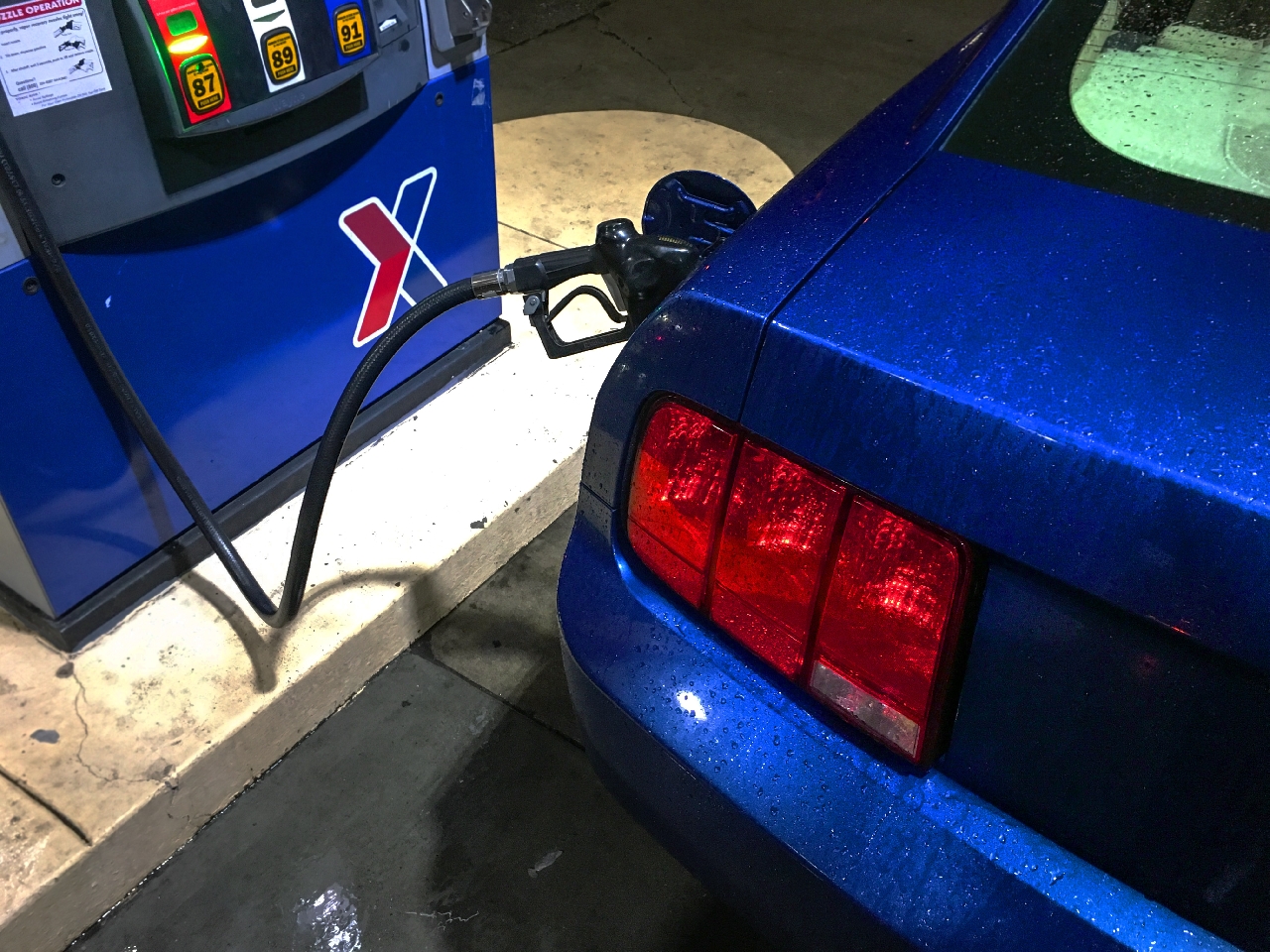 President Yoweri Kaguta Museveni officiated the final oil production agreement in which the French energy conglomerate, TotalEnergies (TTEFPA), and its partner China National Offshore Oil Corporation (CNOOC), have reached a deal with Uganda and Tanzania to invest more than $10 billion in developing crude oil production. President Museveni said he is optimistic that Uganda’s oil and gas project will go a long way in boosting the country’s economy.

“This project is a very important one for this region. Patrick Pouyanné, TotalEnergies CEO and CNOOC people are going to put in $10 billion in this effort. This money will boost our economy, ” he said at Kololo Independence Grounds, in Kampala.

Museveni said whereas Uganda discovered crude oil reserves in 2006, oil exploration efforts in Uganda date back as far as 1920 by the British after seepage of oil was discovered at a place called Kibiro near Lake Albert. But their efforts to trace the origin of the seepage failed after 36 years of searching between 1920 and 1956. Museveni then resurrected the search for oil when he captured power in 1986. “When I came into government in 1986, I read the file where a British commissioner of geological survey in 1956, wrote and said; ‘It seems the oil was there but it evaporated and went away and closed the file. I wish that file could be found and put in the museum.” He later took it upon himself to train Ugandans in petroleum and geology after Shell BP, a British petroleum company, showed interest in exploring Uganda’s oil at a time when no Ugandan had knowledge about exploration.

“This was the decision I took because I did not see how I could allow Uganda to be involved in something like this with ignorant people on my side, ” Museveni said before introducing historicals in Uganda’s oil exploration journey that included among others; Ernest Rubondo, the Executive Director Petroleum Authority of Uganda and Former Permanent secretaries Ministry of Energy and Mineral Development Fred Kabagambe Kaliisa and Robert Kasande who he sponsored to train in oil studies.

These, together with oil exploration companies like Heritage and Tullow later succeeded in their discovery in 2006 but production has been repeatedly delayed by disagreements between the government and oil firms. Government geologists estimate that the country’s gross reserves stand at 6.5 billion barrels (1 =159 litres), while recoverable oil is seen at 1.4 billion barrels.

The final investment decision was announced by TotalEnergies Chairman and CEO Patrick Pouyanné in the presence of other joint venture partners in Uganda’s Oil & Gas sector. “In the name of the joint venture partners and in the name of TotalEnergies, I declare the final investment decision for the Lake Albert development project; Tilenga, King Fisher and East African Crude Oil Pipeline (EACOP) project,” said Pouyanne, at a ceremony also attended by a delegation from the People’s Republic of Tanzania led by the Vice President Philip Isdor Mpango.

He assured those present of the commitment from the government of Tanzania to support the project and urged the people of the two countries to take ownership of the project, by ensuring security and safety of oil infrastructure. President Museveni thanked the president of the United Republic of Tanzania Samia Suluhu Hassan and his predecessor John Pombe Magufuli (RIP) for accepting to be part of the project and buying 15 per cent of the shares.

“When this oil project came, I was very happy to see that it goes through Tanzania so that our Tanzanian brothers and sisters also benefit something, given their great contribution (through Mwalimu Julius Nyerere) to Uganda. Mwalimu Nyerere supported Uganda and Africa as a whole. It is good that his people will benefit from this pipeline, ” Museveni added.

The agreement between the government of Uganda and Total Energies will cover the development of oil fields, processing facilities, and a pipeline network in Uganda, plus an export pipeline through Tanzania to carry landlocked Uganda’s crude to a port on the Indian Ocean. Out of the $10 billion, $3.5 billion will be spent constructing a heated pipeline linking oil fields in western Uganda to the Indian Ocean port of Tanga in Tanzania. At 897 miles, the pipeline will be one of the world’s longest.

“This milestone puts us on the path to first oil in 2025,” Minister of Energy and Mineral Development Ruth Nankabirwa Ssentamu said in a speech ahead of the signing, adding that close to 160,000 jobs are expected to be created during the project’s development.

Under that agreement, TotalEnergies will develop solar, wind, geothermal, and other renewable technology power projects with a combined installed electricity output capacity of 1 gigawatt by 2030. Uganda currently has generating capacity of about 1.2 GW.

With the signing of FID, construction works on the Tilenga, Kingfisher and the EACOP (East African Oil Pipeline) can now take off with Total Energies, CNOOC, UNOC, and Tanzania Petroleum Development Corporation (TPDC) as the venture partners. The project has at least six oil fields and according to Nankabirwa, these are expected to produce up to 200,000 barrels of crude oil per day. The fields are expected to be connected to a Central Processing Facility (CPF), where the crude oil will be separated from all impurities before being fed into the EACOP.

Irene Bateebe, the Permanent Secretary of the Energy Ministry said they undertook a feasibility study on the viability of commercial oil, and based on that study, there is a market. Bateebe added that Ugandans who have been alert are probably ready to benefit.

“We are locking in on tier one contracts. Are you registered on the National database?” Bateebe asked. She said no one will come knocking on your door that here is an opportunity. “Have your ears on the ground,” she added.

According to Bateebe, the oil project is statistically the most capital-intensive venture in Uganda’s post-independence era. It is expected that during this phase, in the run-up to the first oil in 2025, the several multi-billion contracts and tenders will push Uganda into the next phase of its economic growth.

Experts said that the GDP will be expected to grow to about $40.1 billion by the end of the 2022/23 Financial Year. World Bank also estimated that with the commercial oil production at its peak, Uganda might earn up to $3 billion in revenue from oil exports per year.

Projections from the Petroleum Authority of Uganda (PAU) show that Ugandans can expect to make up to $4.2b per annum through the provision of goods and services. According to PAU, it is estimated that the project will create 14,000 direct jobs and over 45,000 indirect jobs for Ugandans of which 57 per cent of the direct jobs will go to Ugandans.

Speaking to journalists on Tuesday evening, shortly after the launch of the FID, Proscovia Nabbanja, the Uganda National Oil Company (UNOC) CEO, said that about 16 services in the oil and gas sector had been ring-fenced for Ugandans to participate in. With the project expected to emit at least 33 million tons of carbon dioxide per year, environmental groups and scientists have warned that the project is incompatible with the goals of the Paris Climate Accord. The project threatens the livelihood of several people, especially those who live near the path of the pipeline.

Omar Elmawi, who is the Coordinator of the Stop EACOP, said that they hope that this project can still be averted since it threatens the social, environmental, cultural, health, livelihood, climate, and economic impacts to both Tanzania and Uganda and its citizens while most, if not all of the economic benefits will find their way to TotalEnergies and CNOOC.