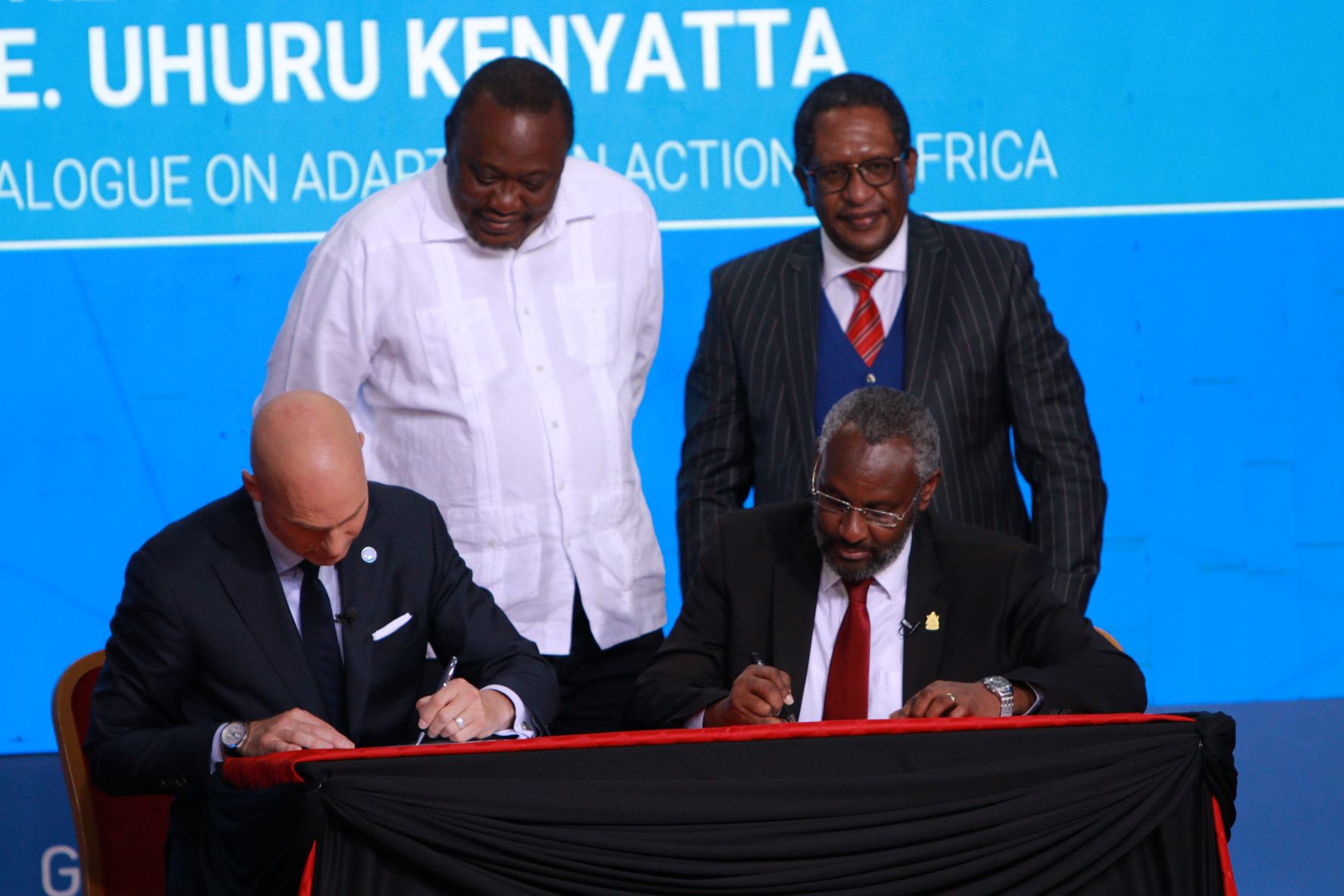 Official Signing of the Partnership between GCA and the University of Nairobi to shape the investments to climate proof Kenya’s infrastructure,

The Africa Adaptation Acceleration Program (AAAP) has made a step towards its course to raise $25 billion for climate adaptation investments in Africa over five years. The AAAP has appointed H.E Uhuru Kenyatta, the president of Kenya, as its global champion.

According to AAP, President Uhuru Kenyatta has been one of the key driving forces behind the AAAP, an Africa-led, Africa-owned initiative jointly developed by the Global Center on Adaptation (GCA) and the Africa Development Bank (AfDB). It is currently mobilizing $25 billion for climate adaptation investments in Africa over five years.

Upon his appointment, President Uhuru Kenyatta said that he is fully committed to driving forward the Africa Adaptation Acceleration Programme.

“The adaptation agenda, especially in Africa, is crying for bold and visionary leadership.  This is because the continent of Africa has been the most adversely affected continent by climate change.  And, as such, for Africa, adaptation to climate change is not just important but a survival strategy,” President Kenyatta said.

“Why is the Africa Adaptation Programme the right plan and at the right time?  This is because it is a programme made in Africa by Africans, which puts our young people at the very heart of the adaptation agenda. As an adaptation champion, I will be the voice of all voiceless Africans who are crying out for a climate-resilient and prosperous future,’’ he added.

In Kenya and the broader Horn of Africa, GCA is working with the African Development Bank and other development partners to scale up adaptation solutions for food security by bringing innovative digital solutions as well as drought-resistant grass varieties and crops to build on the success of the work in communities like Makueni and Samburu.
Over the last year, GCA has already mainstreamed adaptation solutions into US$3 billion worth of investments on the ground.

During the event, GCA also launched a strategic AAAP partnership with the University of Nairobi that will be supported with a grant of 140 million Kenyan Shillings. Through this partnership GCA and the University will shape investments to climate proof Kenya’s infrastructure, unlock climate finance, and create green jobs for Kenya’s youth.