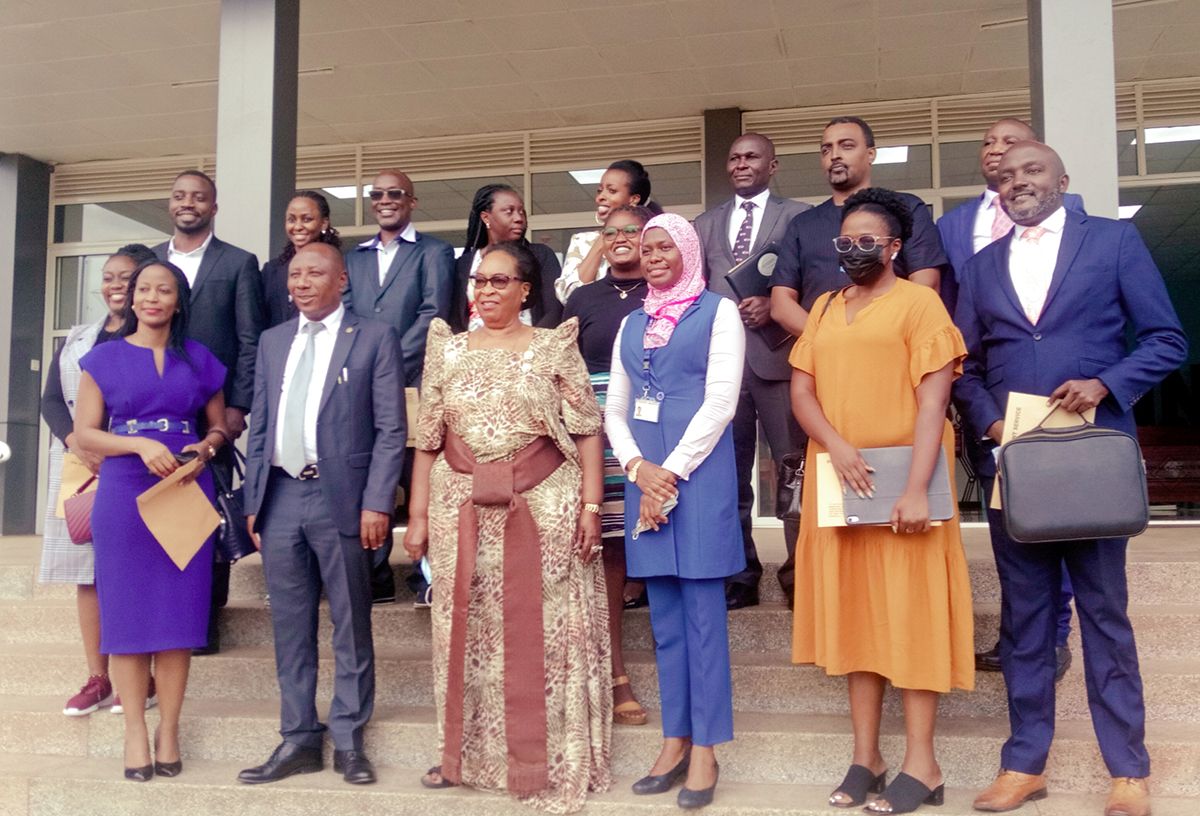 The Ministry of ICT & National Guidance has announced the appointment of a task force on government communications and national guidance. The 14-man task force, which will be chaired by marketing and communications expert Prof Arthur Sserwanga, was announced by the Minister of State for ICT and National Guidance, Kabbyanga Godfrey Baluku, at Innovation Hub, Nakawa, Kampala on Tuesday.

The task force will be working with the Ministry of ICT to ensure government communications are consistent, relevant, and comprehensible. While addressing a press conference, Minister Baluku said Uganda has suffered a significant loss of trust among a substantial population due to uncoordinated communications. “Increasingly, the country has witnessed scenes of Government officials contradicting themselves or communicating different positions on policy and Government programmes. In some cases, officials criticize one another. As a result, public confidence in government communications is lost, creating a gap filled by alternative media sources and fake news,” he said.

“Additionally, the government’s communications are usually delayed due to the absence of a mechanism to quickly reach a common position by the responsible Ministries, Departments, and Agencies plus Local Governments to communicate this position accurately and timely. Consequently, speculation and misinformation thrive on closing this gap, primarily through alternative communication channels, misleading the local and international people,” added Baluku.

The minister said the appointed committee will help to mitigate such challenges, saying that fostering effective communication is crucial, especially as Uganda implements critical national, regional, and global plans, programmes, and policies to improve the quality of people’s lives. “Therefore, the focus has been placed on revamping Government communications by addressing the identified communication and national guidance challenges, “he further stressed.

The minister said the formation of the task force will disruptively change how government communicates. With experts from the biggest brands in Uganda, finally, the government can tap into the wide portfolio of skills that make up the task force.

“I instruct the task force to ensure that one of the areas of focus is communications professional practice across government. Start embedding behavioral science into our campaign planning, upskilling in data and digital, and the importance of communicating consistently,” he pointed out. The new task force will among others, have the following terms of reference: assist in an advisory capacity the Ministry of ICT and National Guidance, in creating an Integrated Marketing and Communications strategy for the Government of Uganda. Special focus will be on behavioral change communications and formulation of Information Education and Communication materials.

The task force will work with the Ministry of ICT to supervise the implementation of the proposed Integrated Branding and Communications strategy and ensure the involvement of all public sectors and the private sector. The task force will also enhance collaborations between Government and Media to enhance Government communications and national guidance, Support all efforts to spur patriotism in Uganda, and foster collaborations with International Partners in liaison with their respective consulates and embassies in a deliberate effort to dictate Uganda’s narrative.

Addressing participants at the launch, the ministry of ICT Permanent Secretary, Dr Aminah Zawedde, congratulated the various taskforce members upon their appointment. “As a Government, it’s extremely important that our communications reflect the multi-cultural and multi-faceted society that we serve. I am confident this task force will ace at this assignment.”

She said the blend of experience and expertise members of the task force bring, will be invaluable in supporting Government communications to go from strength to strength, and ensure value is delivered to citizens. The State Minister for ICT, Joyce Nabbosa Ssebugwawo, urged the media to focus on positive reporting than shaming the government all the time.

“Uganda is faced with so many problems, particularly coming from the communications sector. Most of our people don’t know what is going on in the government. The communication media reporters give out to the community is most of the time not good. You are reporting negatively all the time. Even if something is good, you turn it the other way round”, she said. Prof Sserwanga commended the ministry for entrusting them with the noble task to serve.

“We recognise the importance of the job before us, the issues of national guidance. “, he said. He gave an example of how the government was bashed over the Dubai Expo and Kampala-Entebbe Express toll fees but wondered there is no government official who has come out to clear the air.