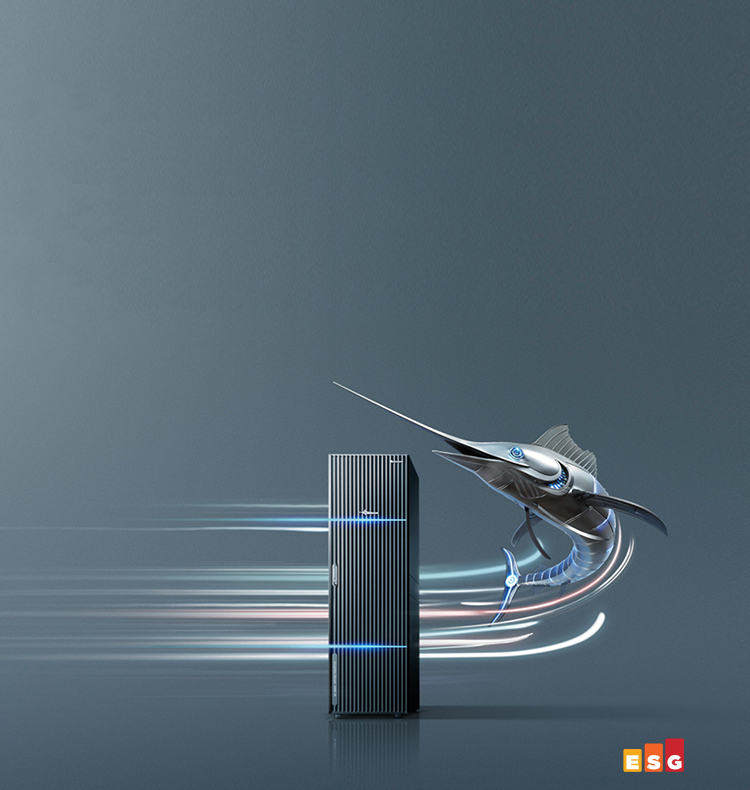 OceanStor Dorado is the next generation all-flash array (AFA) from Huawei. The Dorado uses five intelligent chips and a multitude of efficient algorithms to deliver 20 million input/output operations per second (IOPS), 100-microsecond latency, and hundreds of gigabytes of bandwidth. It more than satisfies the requirements of online transaction processing (OLTP) and online analytical processing (OLAP) in mainstream databases for the finance and carrier industries. In addition, OceanStor Dorado has adapted and enhanced algorithms for virtualization and supports ecosystem plug-ins for a variety of virtualization platforms to greatly improve VM efficiency and advance the all-flash era across industries.

Database acceleration is a critical mainstream application that benefits greatly from the use of OceanStor Dorado technology. Oracle is the most common database for large enterprises, holding the key data of ERP systems. However, the data explosion in the 5G/AI era has greatly challenged Oracle performance and has increased the operating costs of Oracle deployments.

To demonstrate OceanStor Dorado performance for Oracle databases, a test was run with 12 hosts delivering I/O to the storage array for a stable 500-μs latency (see Fig. 1).

The SwingBench tool simulated an online transaction system. The performance of the 4-controller OceanStor Dorado 18000 reached 840,000 IOPS at 0.5-ms latency, 50x that of traditional storage systems, and 6x that of Dell EMC VMAX250F. In addition, OceanStor Dorado supports scale-out and linear performance growth.

100-μs latency, 10x faster than the industry average
Huawei OceanStor Dorado not only provides high IOPS, but can also reduce the latency to 100 μs in scenarios with a high cache hit ratio. For example, a test was performed with the SLOB tool. The 4-controller OceanStor Dorado 18000 achieved a 75% read cache hit ratio, 220,000 IOPS, and less than 100-μs latency in the 25% update and 8:2 read/write ratio scenario (the most typical database I/O model). Even if the IOPS of the core service system reaches 200,000, OceanStor Dorado can still keep the latency at about 100 μs. This is 10x the 1 ms latency of the all-flash storage of other vendors and far exceeds the requirements of mission-critical applications.
HyperCDP without compromising performance
Service continuity and data reliability are critical for Oracle databases because they manage mission-critical applications for enterprises. OceanStor Dorado safeguards mission-critical applications using high-density snapshots with the highest protection frequency in the industry for a shortened snapshot interval of 3 seconds and lossless performance during snapshot creation.
In a snapshot test for four-controller OceanStor Dorado 18000 and HDS F1500 all-flash storage, Huawei OceanStor Dorado far exceeded the competing products in snapshot density and activation impact.

OceanStor Dorado supports a minimum snapshot interval of 3 seconds. In contrast, HDS snapshots are only configurable for 15-minute intervals through APIs.

In addition, test results were obtained for traditional storage and OceanStor Dorado when SwingBench OE2 was used to simulate online transactions. Under the same service pressure (800 TPS), the host CPU usage of OceanStor Dorado was 38.7%, while traditional storage usage was 60% or more. As a result, storage arrays are no longer a service bottleneck. Fewer host CPU resources perform the same services, reducing Oracle license and host purchasing costs. At 800 TPS, the Oracle license fees are reduced by 31.3%.