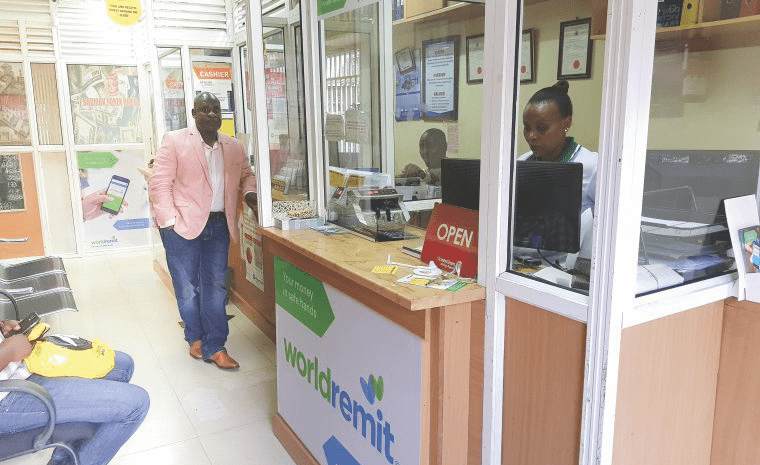 Bank of Uganda (BoU) has notified the public that WorldRemit Money Transfer (U) Limited voluntarily ceased to carry on money remittance business in Uganda. The suspension of outbound financial services from Uganda by WorldRemit, a global financial services transfer agency, effective June 6, 2022, has left both users of the financial transfer service and policymakers speculating on the reasons for the exit.

“The public is notified that the closure of WorldRemit Money Transfer (U) Limited as a company will not affect WorldRemit money remittance product offered by several supervised financial institutions in Uganda,” reads the Bank of Uganda statement in part, dated July 4, 2022. BoU statement adds that customers with outstanding claims for monies given to WorldRemit Money Transfer (U) Limited for remittance purposes should submit the claims, with evidence, to the office of the Director Non-Bank Financial Institutions Department at Bank of Uganda by July 18, 2022.

The 10 May 2022 statement by WorldRemit reads in part. “As of 6 June 2022, WorldRemit, a leading digital payments platform, will not be facilitating any new outbound or send transactions from Uganda. Customers receiving funds in Uganda are not affected by this decision and will be able to continue to receive funds via the WorldRemit service without disruption through the company’s existing partner work.”

The statement further adds, “It is our continued goal to ensure we are offering the greatest value for our customers around the world and to do so, we occasionally have to make difficult decisions that impact a small number of customers. As part of our strategy, we have, therefore, decided to no longer support outbound money transfers from Uganda, as well as a handful of other countries across the world. Customers in these countries will, however, continue to be able to receive money through WorldRemit from abroad.”

Bank of Uganda has assured the public that it will continue to safeguard the stability and integrity of the financial sector. Jim Mugunga, the finance Ministry spokesperson, dismissed claims that WorldRemit’s suspension of outbound services from Uganda was linked to the country’s failure to fulfill the recommendations of the Financial Action Task Force.

Mugunga emphasised that since Uganda operates a liberal market economy, it was okay for investors and service providers to enter and exit at leisure. He downplayed any possibility that their decision could negatively affect the economy.

“WorldRemit had just entered the economy and it wasn’t the major service provider in the fund’s transfer sector,” he said. Mugunga added that Uganda is obliged to observe and respect International basic standards as recommended by the FATF since Uganda doesn’t operate in a vacuum. He added that ever since Uganda’s updates to their submissions to the FATF were rejected, the government and other relevant bodies had taken different initiatives to strengthen regulatory and collaboration frameworks with partners.

Responding to questions shared through Twitter, WorldRemit said that their suspension of outbound services from Uganda was a business strategy, not a money laundering issue. According to recently released data by Money Transfer Companies, a financial transfer website, WorldRemit is ranked fourth among the top ten global money transfer companies.