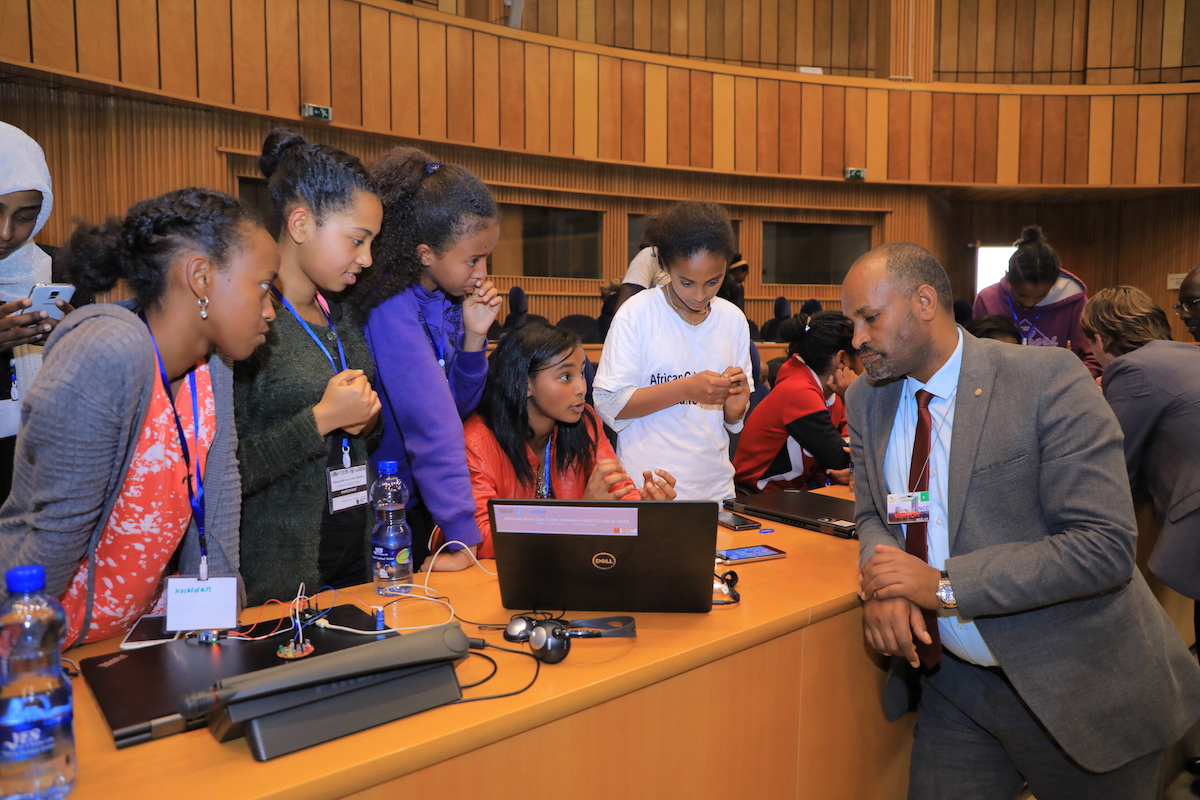 UN Women Tanzania is set to launch the first girls’ coding camp in East Africa, to be held at Zanzibar State University, from 27th February to 10th March 2023.

The coding camps are coordinated in close collaboration with the United Republic of Tanzania through the Ministry of Community Development, Gender, Women, and Special Groups.

Other stakeholders include; the Ministry of Information, Communication and Information Technology and that of Education, Science and Technology.

“The AUC, through the AU Department of Health, Humanitarian Affairs, and Social Development, the Directorate of Women, Gender and Youth, and the Department of Education, Science, Technology, and Innovation, is providing technical support to this initiative”, reads the UN women source in part.

UN Women sources add that; the aim is to train and empower a minimum of 2000 girls aged 17 to 25 across Africa to become computer programmers, creators and designers, putting them on the right track to undertake studies and pursue careers in the information, communication, and technology (ICT) sectors.

“The initiative has two key strategies, namely: coding camps and the integration of ICT, coding, and gender into national curricula”, adds the source.

Sources from UN Women explain that; globally, women make up 28.4 percent of the workforce engaged in science, technology, engineering, and mathematics (STEM) and only 30 percent on average in sub-Saharan Africa.

In addition, according to the Global Mobile Communication System Mobility Gap Report 2019, women in low- and middle-income countries are 10 percent less likely than men, to own a mobile device and 23 percent less likely to use the Internet, compared to their male counterparts.

UN Women source points out that; in Africa, the proportion of women using the Internet is 24 percent compared to 35 percent of men. The source further adds that; lower levels of ownership and use of mobile devices by women, not only reflect existing gender inequalities but also threaten to exacerbate them.

“If the gender gap is not closed, women risk being left behind as societies and economies become more digital. Affordability, literacy, patriarchy and digital skills, perceived lack of relevance, and safety and security concerns are the most common barriers to women’s access to and use of mobile internet,” adds the source.

UN Women recommend closing this digital gender gap by requiring a seismic approach to skills building and empowerment. UN Women says this can be achieved through initiatives that focus on increasing women’s participation in the digital economy and supporting the development of relevant content, applications, and services by and for women as a priority.

“There is a need for a strong generational gender perspective on the digital divide if we are to achieve meaningful and lasting change for a digital revolution by and with girls in line with African Union’s Agenda 2063”, further highlights the source.

UN Women also says this is in line with the African Union (AU) Strategy for Gender Equality and Women’s Empowerment and the Global Agenda 2030, of the Sustainable Development Goals (SDGs).

According to the organizers of the training, the first phase was funded by the Government of Denmark and was carried out between April 2018 and December 2019, which yielded good results, and the second phase was launched in April 2022.