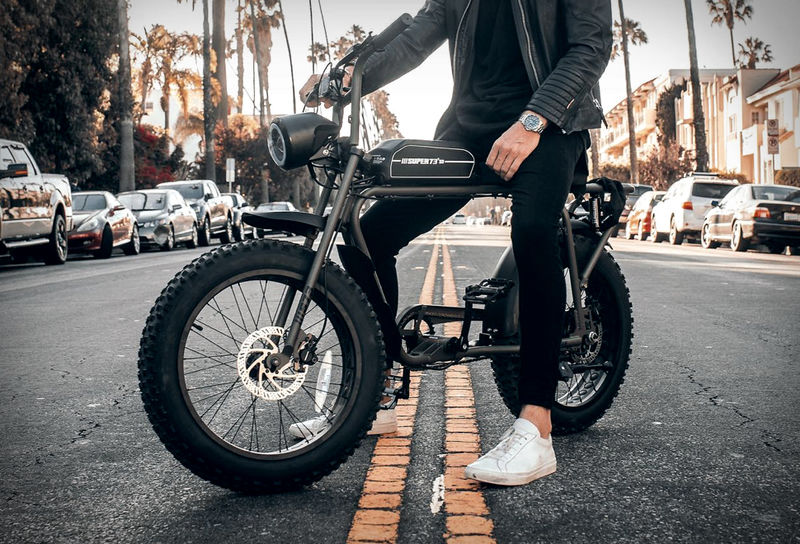 Super73, the Southern California e-bike company popular among YouTubers and film celebrities, announced that it has raised an impressive $20 million from investors, making it the latest company to benefit from growing venture capital interest after a record year of e-bike sales.

The Super73 helped popularise a retro, mini-bike style of an E-Bike.“It was never about bikes, it was never about transportation, it was really about building a lifestyle, a true lifestyle brand,” said Super73 co-founder and CEO LeGrand, adding, “and one that stood for the values that we had.”

This is their first round of funding, led by Volition Capital, a Boston equity firm. With these funds, the direct-to-consumer e-bike company plans will be “growing their 75-person staff, improving their customer service operation, and expanding its product lineup,” said Super73 co-founder and CEO LeGrand Crewse.

While the bike is popular amongst the YouTube crowd and with celebrities, Crewse has, interestingly enough, never had to pay for any endorsements, something that is a point of pride for him. “I’ve never but very rarely gone out and even tried to seek that,” he said. “This was all inbound and people coming to us, and I think it speaks to the authenticity of the brand.”

Instead, he banks on the support of the Super73 community to rally around his product. Super73 has over 400,000 followers across social media, a fact that has boosted their sales enormously. What Super73 does is promote collaborations, one of them being prolific organisations such as the French soccer club Paris Saint-Germain, Japanese streetwear brand NEIGHBORHOOD, and motorcycle designer Roland Sands.

With their long banana seats, parallelogram-shaped frames, upright handlebars, fat tires, and oversized headlights, Super73 helped popularise a style of e-bike that was influenced by the mini-bikes or mopeds of the 1960s, ‘70s, and ‘80s. The company’s chilled-out SoCal vibe, reports The Verge, “has helped it earn a following from a growing cadre of A-list celebrities, musicians, and influencers, whose social media posts featuring the bikes are typically as good, if not better than any paid advertisement.”

A 2019 Reddit thread discussing Super73’s marketing is explained away thus. “Honestly, I think it’s exciting. These guys are average joes who entered an impossible market segment. The business had a huge chance of failure. But they threw everything they had into this thing to get it off the ground. That included utilizing their connections, locking down celebrity endorsements (social proof is powerful), and being OBSESSED with their social media accounts. They eat/sleep/breathe their company, and it’s commendable.”

The Redditor known as tayfife concludes, “Imagine you were in their position… you create a product that takes off, and next thing you know you’re hanging out with Will Smith or Post Malone. Wouldn’t that be exciting?? I know it would be for me. It’s easy to bash them, thinking that they are somehow untouchable—but remember that these guys are human beings too, and the team isn’t as big as you think.”

Let’s hear it from a Super73 superfan!