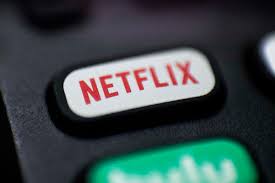 The streaming service company, Netflix, on Tuesday, announced it lost 970,000 subscribers from April through June.

The company had projected in April that it would likely lose 2 million customers in the current quarter, alarming Wall Street and raising queries about its long-term growth prospects.

Netflix said, in a letter to shareholders, attributed customer cancellations to a variety of factors including password sharing, competition and a sluggish global economy.

The company reported its first subscriber loss since 2011 April. The subscriber losses announced yesterday are the biggest in the firm’s history with the US and Canada leading with the highest number of cancellations in the quarter, followed by Europe.

Netflix is still the dominant streaming service around the world with nearly 221 million global paid subscribers. However, it faces fierce competition from the likes of Apple TV, HBO Max, Amazon Prime and Disney+.

To negate the downward spiral, Netflix plans to launch an ad-supported tier next year in addition to the ongoing crackdown on password-sharing.