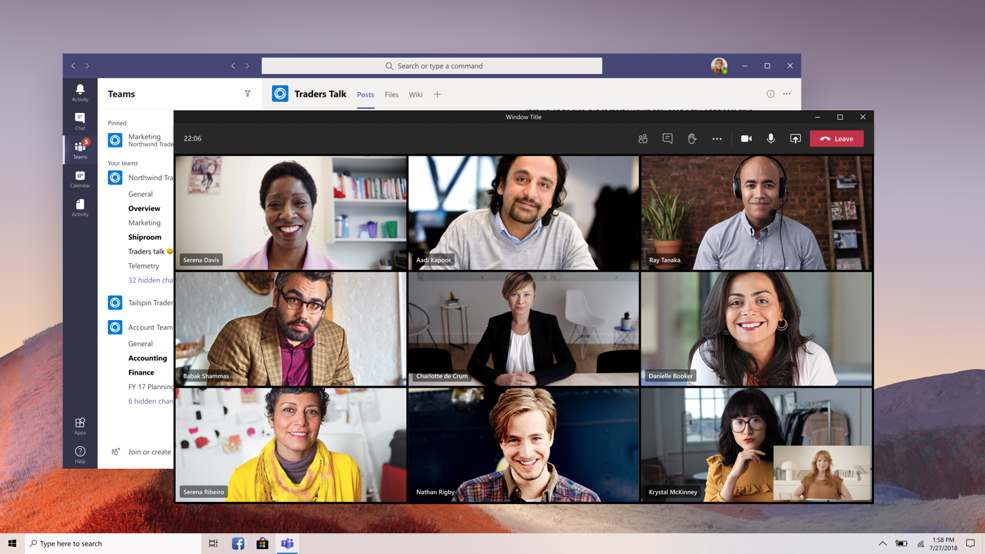 Microsoft, seemingly in an attempt to fill a niche that is separate from Google Meets and Zoom, has overhauled its entire interface. A new calling interface will now show contacts, voicemail, and calling history in a single location.

The interface is designed to allow Microsoft Teams to more easily replace your desk phone, with built-in spam call protection, reverse number lookup, and the ability to merge calls. The era of desk top phones is well on its way out.

Microsoft Teams users will also be able to transfer calls between mobile and desktop soon, allowing people to quickly move locations in the middle of an audio or video call.

People who regularly record meetings in Microsoft Teams will also see some new options. Users will be able to record meetings to SharePoint or OneDrive, providing greater flexibility than being limited to Microsoft’s Stream service. That will also make it easier to share calls or transcripts with people outside a Teams organisation.