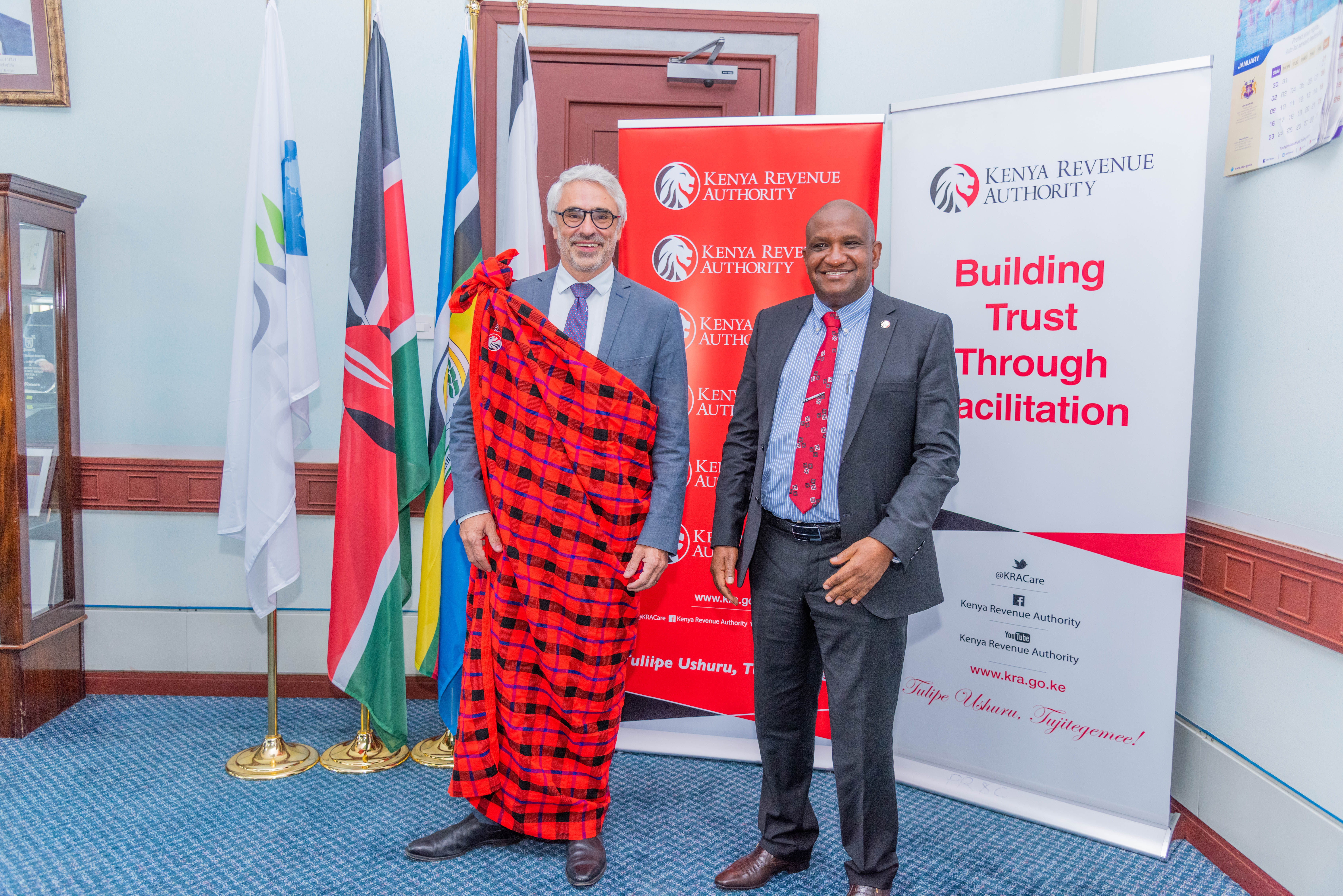 The Kenya Revenue Authority (KRA) and the Organization of Economic Cooperation and Development (OECD) have this week made significant progress on their joint efforts to address tax challenges arising from the digitalisation of the economy.

Senior technical officials led by KRA Commissioner General Githii Mburu and the Director of the Centre for Tax Policy and Administration at the OECD, Mr Pascal Saint-Amans, speaking at the close of a three-day engagement workshop in Naivasha, confirmed that the two organisations had agreed to step up their collaboration efforts.

The stepping up of the collaboration efforts will prioritise technical engagements on OECD/G20 Inclusive Framework (IF) on Base Erosion and Profit Shifting agreement formed to reform international tax rules, among other areas of mutual interest.

With the IF Two-Pillar Solution, all types of economies – developing, emerging or with a higher GDP – will benefit from extra tax revenues. Under Pillar One, taxing rights on more than US$ 125 billion of profit are expected to be reallocated to market jurisdictions each year. With respect to Pillar Two, the global minimum tax of 15% is estimated to generate around US$ 150 billion in additional global tax revenues annually. These extra revenues will be particularly welcome, as governments strive to fund their COVID-19 recovery efforts.

Kenya, a member of the OECD/G20 Inclusive Framework on Base Erosion and Profit Shifting and has been actively participating and engaging with the OECD on the challenges of taxation of the digital economy.

In recent times, the OECD Centre for Tax Policy and Administration has stepped up engagements seeking to have Kenya sign-in on the IF agreement designed to ensure that Multinational Enterprises (MNEs) are subjected to a minimum 15% tax rate from 2023. The IF agreement announced mid last year has won the support of 137 global jurisdictions, with the OECD targeting to bring to the fold all 141 OECD and G20 countries. Kenya is among the four countries that are yet to sign the agreement formally.

The Naivasha meeting staged this week, Mburu and Saint-Amans said was a critical step towards anticipating the possible benefits and concerns of the two-pillar solution. The meeting also provided an opportunity to share the Kenyan Digital Service Tax (DST) rollout experience with Kenya, welcoming the technical discussions on all aspects of the deal as Kenya continues to consider its position.

The KRA/OECD Naivasha workshop featured technical teams from the National Treasury, Ministry of Foreign Affairs and KRA to explore collaboration frameworks on the Two Pillar Approach Inclusive Framework (IF) agreement.

At the Naivasha workshop, the OECD expressed its commitment to continue lending its support to the African Tax and Crime Academy by exploring opportunities for enhanced numbers of cohort training due to the high training demand.

The OECD delegation also lauded Kenya’s participation in the OECD Forum of Tax Administration as an essential source of experience sharing that will be utilised in the ongoing digitalisation and data governance process at KRA.

The Implementation of the OECD Common Reporting Standards (CRS), delegates heard, is already advanced. As part of the CRS commitments, Kenya has assured the OECD team of its national support as both parties (OECD and KRA) agreed to continue pursuing multi-lateral and bilateral approaches towards adopting the two-pillar approach.

The initiative advanced and promoted by the OECD seeks to harmonise the international digital taxation regime. The OECD Inclusive Framework was espoused to give an equal footing to all members.

“We are pleased to have hosted the OECD delegation as part of ongoing efforts to build consensus and address concerns that we have previously raised on the IF agreements signed by other jurisdictions last year,” Mburu said. He added that “Kenya favours a very diplomatic approach to the signing of the IF agreement, as Kenya is already a trailblazer on the digital tax front.”

Following years of intensive negotiations to bring the international tax system into the 21st century, 137 jurisdictions (out of the 141 members of the OECD/G20 Inclusive Framework on BEPS) joined the Statement on the Two-Pillar Solution to Address the Tax Challenges Arising from the Digitalization of the economy. It updates and finalises an earlier political agreement by members of the Inclusive Framework to reform international tax rules fundamentally.

With Estonia, Hungary, and Ireland having recently joined the IF agreement, four countries, Kenya, Nigeria, Pakistan and Sri Lanka are yet to join the deal as they continue to seek a consensus.