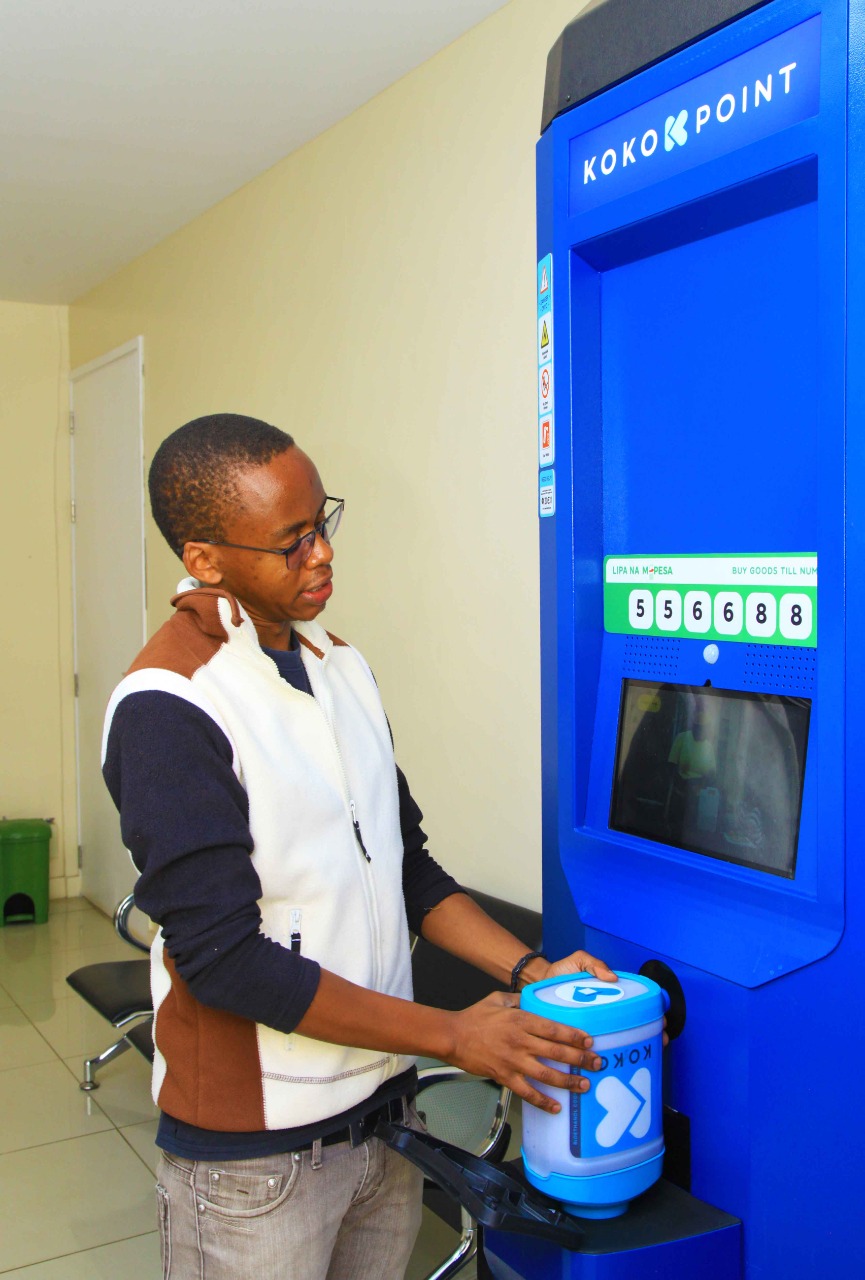 Following a successful pilot project in Kenya, in which KOKO Networks secured over 1000 customers in Nairobi and its environs, the company officially launched its KOKO Fuel, a clean, safe and affordable liquid ethanol cooking fuel solution, that is dispensed from “KOKOpoint” Smart Fuel ATMs located in 700 shops across the city.

The launch was graced by Dr. Eng. Joseph Njoroge, Principal Secretary in the Ministry of Energy, who highlighted the important role such solutions play in supporting the Government of Kenya’s policy objective of 100% clean cooking fuel in Kenyan households, to transition away from polluting and harmful fuels such as charcoal and kerosene.

“KOKO Fuel is a fantastic alternative solution to charcoal and paraffin, which are unsafe and used extensively by Kenyans.  Traditional wood, charcoal and kerosene fuels are the leading cause of Indoor Air Pollution in Kenya, claiming more than 21,000 lives every year.  This translates to more than 400 every week, many of whom are children under the age of 5 and places a big strain on our health system.  At the same time, deforestation from unsustainable charcoal practices drive changes in our rainfall patterns, negatively impacting our agricultural yields.  By responsibly managing the transition from charcoal, we can improve our food security,” said the PS.

“Solutions like KOKO Fuel will play a large role in addressing health and environmental issues; the Ministry of Energy remains very committed to working with the private sector to enable 100% access to Clean Cooking Fuel, and we are seeking to create a supportive policy environment that will enable solutions like KOKO Fuel to be delivered to customers as cheaply as possible,” he added.

KOKO has taken a proven decades-old model for urban distribution of expensive liquids and combined it with modern IoT and machine learning technologies that dramatically increase the efficiency, visibility and control of the urban liquid flows.  It’s the “V2.0 Smart ATM Network” approach to ethanol cooking fuel.

KOKO’s fleet of “Smart MicroTankers” undertake the last-mile “milk run” between bulk fuel stored in dedicated tanks at petrol stations and distribute it to the nearby Network of KOKOpoint “Fuel ATMs” located inside small shops owned by KOKO Agent retail partners.

“Customers use smart canisters that dock with KOKOpoints, which then dispense fuel they have pre-purchased by topping up their KOKO accounts with M-PESA. They then take their smart canister home to dock into their KOKO Cooker, a modern, high-power 2-burner ethanol stove that delivers affordable cooking energy, safely and conveniently, said Peter Mwako, Deployment Manager Koko Networks during an interview with CIO East Africa.

Mwako explains that the KOKO Points are fitted with several sensors that notify them of their machines’ health levels, in a bid to ease the management and the maintenance of the KOKO points.

KOKO Fuel is delivered in partnership with Vivo Energy Kenya – the company which owns and operates Shell-branded fuels distribution infrastructure in Kenya – ensuring the reliable supply of high-quality fuel, in line with international safety standards.

The SmartCook kit which includes a 2-burner KOKO Cooker and the smart canisters, which retails for ksh 6,999, an amount which customers can pay in deposits and collect upon completion. Mwako says that the target market for the product is anyone and everyone looking for an alternative and cleaner fuel than the likes of Charcoal and Kerosene.

When it comes to competing with the LPG, which is a common fuel source in Nairobi, KOKO has the advantage of appealing to the Kadogo market as you can refill your smart canister for as little as ksh.35 to as much as Ksh.200 (which completely fills up the canister, and could last for a week when being used consistently).

With LPG, one purchases a cylinder according to the size they require (with a 5kg gas cylinder retailing at around Ksh.3,600) and a refill, which costs around the range of ksh 850- 1000, can take a consistent user around one month to finish.

Mwako further explains that with KOKO there is the added bonus of safety thanks to their use of IoT technology and the convenience in refiling as their agent network extends across Greater Nairobi, from Thika to Kitengela, Kiserian to Limuru, and everywhere in-between, providing access to KOKOpoints within a short walk of their customers.

“All transactions at the KOKOpoint are cashless, using M-PESA. The machine has a more than 200-litre fuel capacity and communicates constantly with KOKO’s command centre and fuel wholesale partner, enabling seamless refilling when required,” assured Mwako. As an added bonus we provide video content for our customers as they refill their KOKO Fuel.” Mwako concluded.