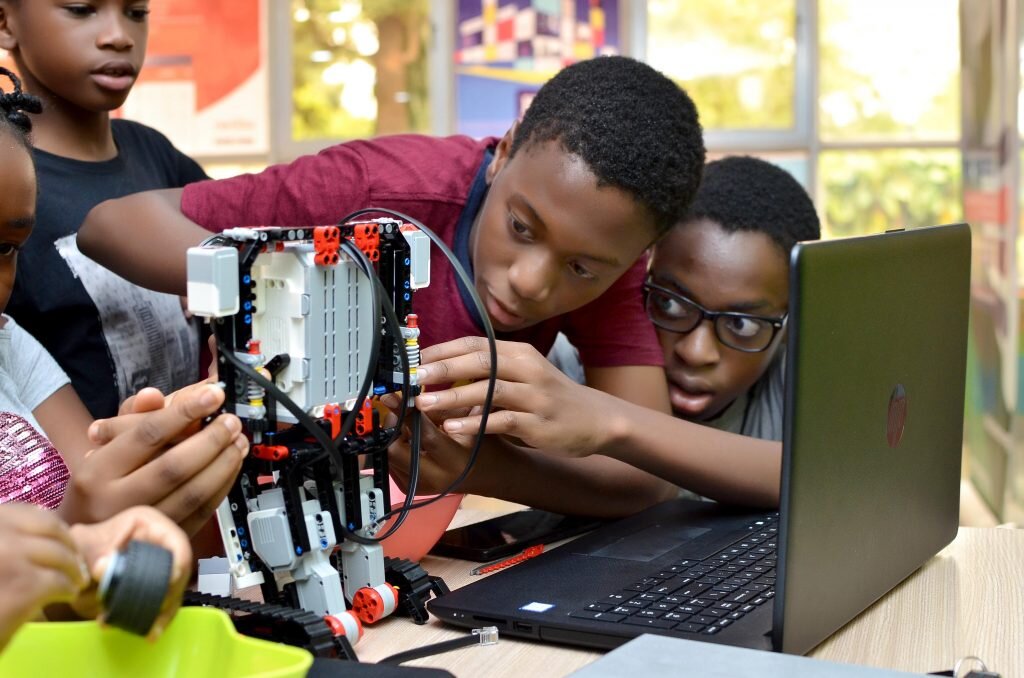 Technology can be leveraged to improve Africa's comeptitiveness

This year, multi-sectoral leaders across the continent congregated at the Africa Shared Value Leadership Summit in Kigali, Rwanda to discuss innovation, technology, inclusion, opportunities as well as solutions to the continent’s digital and connectivity challenges.

The event is timely, given that between 2000 and 2014, Africa was considered to be a rising continent thanks to strong economic performance, improved macroeconomic management, better political governance, and a rising spirit of entrepreneurship – a trend that inspired the term “Africa Rising.”

However, the continent, like the rest of the world, has seen many ups and downs since then. The adverse effects of global crises, such as the COVID-19 pandemic, have decelerated Africa’s growth momentum.

Nonetheless, Africa, home to 1.4 billion people according to the most recent United Nations estimates, continues to hold great promise. According to estimates, 60 percent of Africa’s population is under 25, making it the world’s youngest continent in terms of population composition. This distinct demographic feature is regarded as a catalyst for creating a significant consumption market in the coming decades.

This reasoning is supported by statistics indicating increased internet access in Africa over the last two decades. According to the Global System for Mobile Communications Association (GSMA), internet access has increased to 522.8 million, or 39.8 percent of the population, since 2000. Further studies by the Brookings Institute show the continent could reach parity with the rest of the world by 2030, when three-quarters of Africans are expected to be internet users.

Furthermore, there is a strong link between internet access and household welfare in Africa. One study from Senegal linked 3G internet coverage to a 14% increase in consumption and a 10% decrease in poverty. As a result, countries that fail to address internet access issues risk limiting citizens’ opportunities and exacerbating existing socioeconomic challenges such as unemployment.

These figures demonstrate technology’s significant contribution to the growth and development of Africa’s economy.

The mobile phone has been at the heart of Africa’s rapid internet access. As of 2021, mobile technologies alone had generated 1.7 million jobs and contributed $144 billion to the continent’s economy, according to the Brookings Institution.

Another report co-authored by the International Finance Corporation (IFC) and Google, shows Africa’s internet economy has the potential to reach $180 billion by 2025, accounting for 5.2 percent of the continent’s gross domestic product (GDP). By 2050, the potential contribution could reach $712 billion, accounting for 8.5 percent of the continent’s GDP.

Enhancing access to financial services is one of the areas where technology can quickly create growth opportunities. Africa has the highest rates of financial exclusion globally, with the formally unbanked or underbanked population reaching as high as 86 percent in some countries. This is despite the fact that having access to convenient and appropriate financial services gives people more opportunities to achieve their economic goals.

The continent’s significant progress in mobile money usage, however, has been encouraging. Africa has outpaced other regions, becoming a mobile, peer-to-peer lending hub. According to GSMA research, the continent accounted for 70% of the world’s $1 trillion mobile money value in 2021, translating to $701.4 billion, up from $495 billion in 2020.

Kenya, in particular, has benefited from the growth of mobile-based platforms, with one in every 10 financial transactions happening in the world happening in Kenya. The mobile money service has crossed borders in the 15 years since its inception, with Ethiopia being the most recent market entry. This demonstrates the potent link between technology and creating new economic opportunities for the continent.

Although enormous progress has been made, the reality is digital connectivity remains a challenge for most on the African continent. Countering the digital divide is imperative as it affects everyday life and depends on access to digital tools and technologies.  To succeed, it’s essential to re-envision the shared value framework and create viable and robust business, societal and environmental value, using technology as the enabler.

The examples show how technology can propel financial inclusion by providing a low-cost, secure finance source to populations that previously could not access formal financial services such as borrowing, savings, insurance, and payments.

We are also leveraging the power of technology to reach one million young people by 2025 with our Ready to Work programme, which provides them with employability and entrepreneurship skills.

Technology can also be used as an excellent tool for integration, particularly in a continent that is increasingly united by opportunity and a Pan-African spirit that is now fueled by trade. Reliable connectivity is critical to improving African economies’ competitiveness and integration and the continent’s integration into the global economy as businesses continue to expand their presence on the continent.

As such, technology will be the force multiplier that propels Africa to the next level, even as we reimagine the shared value framework to generate viable and robust business, societal, and environmental value.

This article was written by Moses Muthui, the Chief Strategy Officer at Absa Bank Kenya PLC