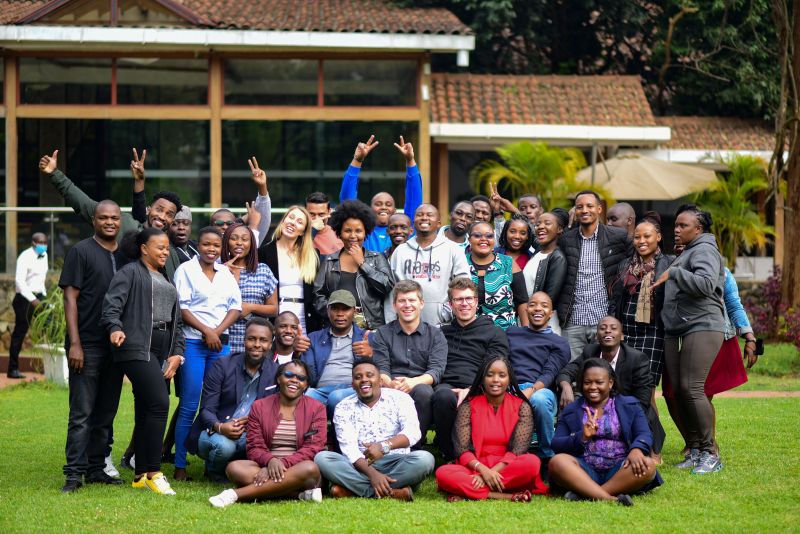 In September this year, Kenya-based startup Sky.Garden’s future was in the balance after the company failed to close a round of financing.

This was followed by the startup’s co-founder and Chief Executive Officer (CEO) Martin Majlund sending termination notices to employees revealing that the company was running out of money and was set to be closed on October 16th.

However, at the time, Majlund confirmed that indeed the startup was facing a cash crunch but was still in talks with investors and potential buyers in the hope of saving it from collapse. The Sky.Garden CEO has now confirmed that the talks were successful and that the company found an acquirer.

“Last month management saw no other options than to file for insolvency in the Danish Holding Company, Sky.Garden. Today, I’m happy to announce that we’ve found an acquirer for the IP and Kenyan company. Sky.Garden will live on with new owners and new management,” Majlund said on his LinkedIn page.

He went further to explain what actually happened with the startup. According to Majlund, the company had great tech, great people and a great (but very volatile) market which didn’t make up for bad timing and macro-economic contraction. He further said that 2022 was not a good year to run a B2C tech company in East Africa but the company managed to secure its vision and lived on whilst retaining jobs.

He also hinted that he has something cooking, a startup that he said will solve a real  problem.

“Resilience is King. We’ve mentally put Sky.Garden in the grave a handful of times during the 6 years. We’ve never done anything ethically questionable, but we’ve definitely continued where normal, sane people would have stopped. This has secured us another 5,5 years of operations,” the Sky Garden co-founder said.

Sky.Garden raised $4 million in a Series A round of funding in 2021, bringing the total amount it had raised from VCs to $5.2 million. The startup has been around since 2017 and has thousands of small and medium-sized businesses selling through its online marketplace. The startup ensures “end-to-end” fulfillment of orders, and earns an 8% commission for every sale made through its platform.

It’s a model perhaps made most popular by Amazon, although the e-commerce behemoth’s success in executing that has been largely on the back of huge economies of scale that has given it more diversification and helped it balance declines in some areas against expansions in others.

But despite Sky.Garden’s reach in Kenya with merchants and buyers, the company itself is a much smaller affair, with just 46 employees, according to LinkedIn records.

And as companies like Jumia continue to record growth in revenues, customers and basket value, the reality is that e-commerce marketplaces in Africa are cash-intensive ventures that suffer numerous hurdles, not least those associated with hesitancy among consumers and merchants to pay before a good is received, and to use payment cards to do so. Most players have had to build in cash-on-delivery options, which in themselves are less efficient and come with their own challenges.

The absence of a reliable national courier service also means that most e-commerce companies have had to set up in-house dispatch teams, an expensive undertaking.

All of these have played into Sky.Garden’s own story, and raises the question of how other smaller startups in the same category will fare in the coming months.