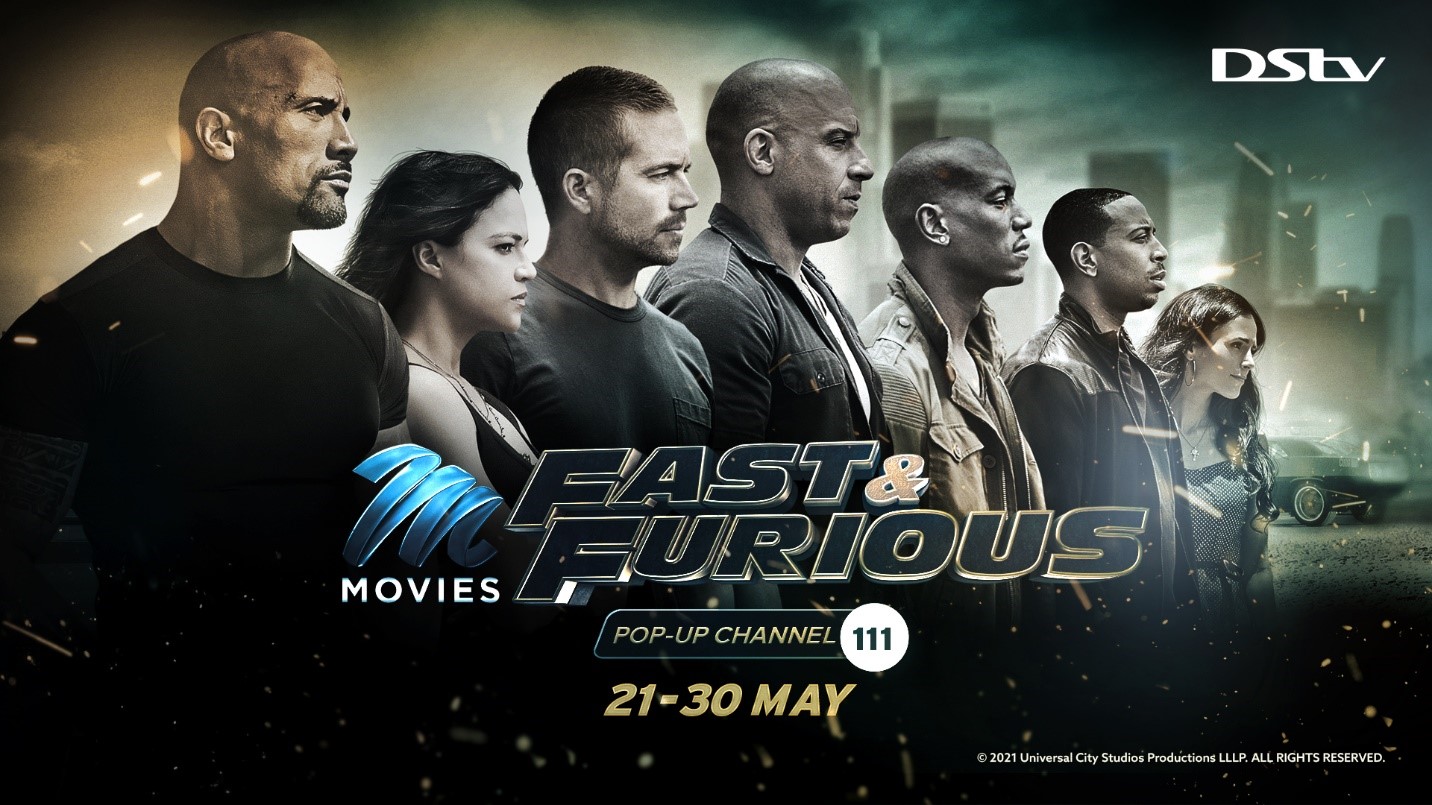 In the lead-up to the highly anticipated global cinematic release of Fast and Furious 9, M-Net Movies will be revving up its pop-up channel offering this May with the return of the Fast & Furious franchise.

However, unlike when it first debuted to DStv Premium customers, the M-Net Movies Fast & Furious pop-up channel will now also be enjoyed by DStv Compact Plus and Compact customers.

Launching on Friday, 21 May, and running until Sunday, 30 May, the action-packed pop-up channel will be available on DStv channel 111 and will feature the eight original films from the Fast & Furious franchise. All these films, from Fast to Fate, will air between 6:00 to 22:00 daily, with the Fast & Furious franchise spin-off Hobbs & Shaw (2019) also being available to watch on M-Net Movies 2 and DStv Catch Up.

So, buckle up for 10 days of pure adrenaline as Dominic Toretto, Brian O’Conner, and their crew will take you on a thrilling ride from underground street racing, hijacking, and heists to being global spies fighting some of the world’s deadliest assassins and high-performance drivers.

The pop-up channel will allow viewers to get up to speed with the thrilling saga while also reliving the best moments from your favourite movies, which are renowned for their outstanding ensemble casts, fast cars, epic heists, and heart-racing car chases, ahead of the Fast and Furious 9 release.

Viewers can enjoy the Fast & Furious pop-up channel on the DStv app using their tablets, laptops, or cell phones. The movies will also be made available on DStv Catch Up from Friday, 21 May, to Wednesday, 30 June.