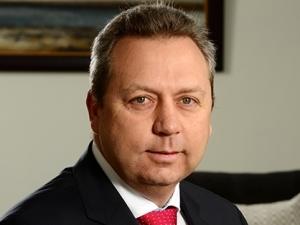 First Distribution has brought back Chad Baker as the Managing Director, 22 years after he left the company.

Chad started his ICT career with First Distribution in 1995 also doubling up as the Country Sales Manager for four years. He has been around the industry and has gained enough experience to come back and lead the lot at First Distribution.

He initially left First Distribution to join IBM South Africa, where he stayed for 10 years rising up the ranks to leaving as the Telecommunications and Industrial Executive. He has also worked at Nokia, XON, NEC Africa, Bytes Managed Solutions, and Altron Systems Integration.

Chad now returns to First Distribution to take over the reins from Debbie Abrahall, who has been running the company for the last 28 years. He will be bringing his wealth of experience from his works and achievements across other firms. Chad’s experience will be critical for his new role as he has held Several Executive and Managing Director roles at IBM, Alcatel Lucent, NEX, XON, and most recently, Altron.

Debbie Abrahall and Tony Abrahall will now move full-time to Epsidon Technology Holdings, where they will oversee the group strategy and look at new acquisitions for the Epsidon Group of Companies.