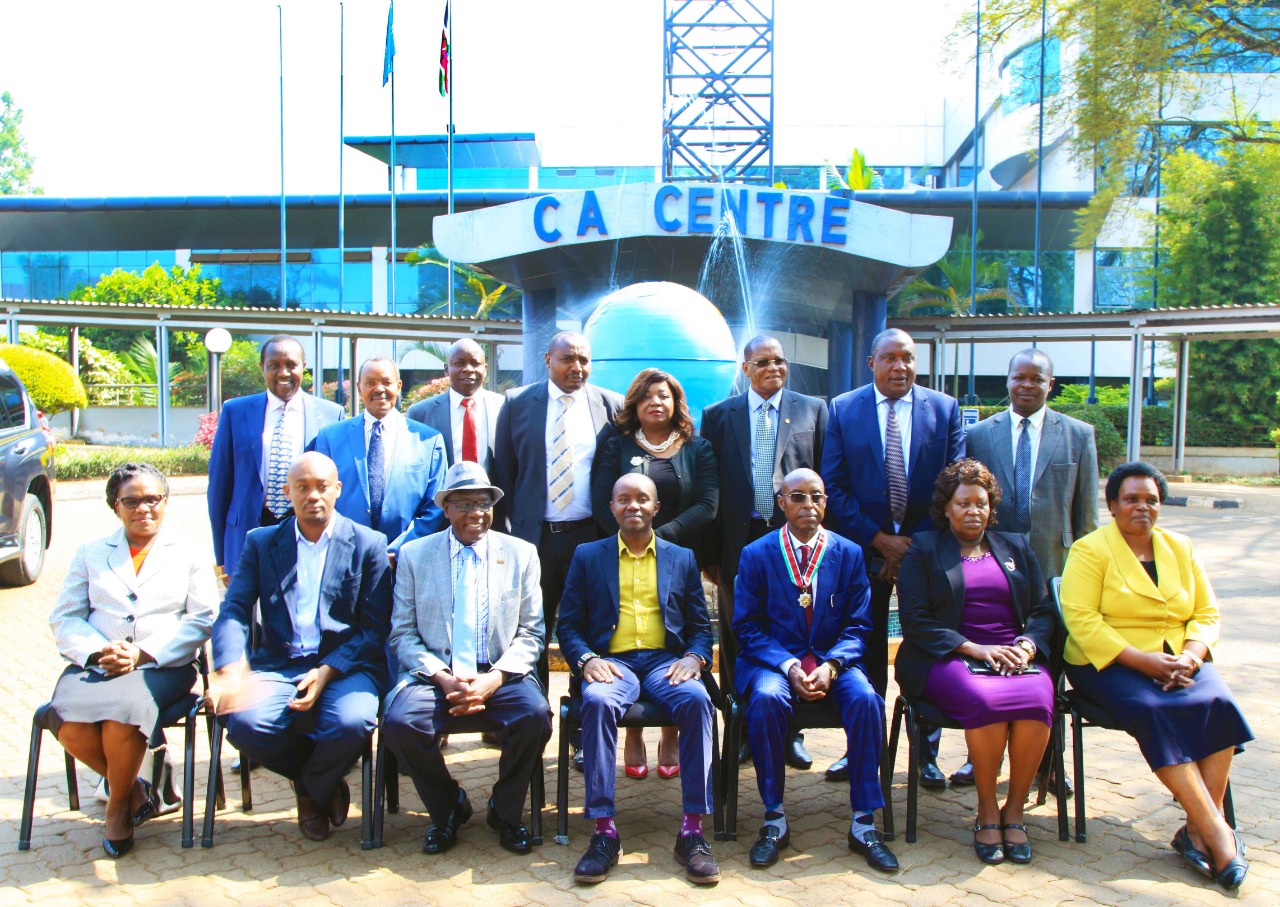 ICT Cabinet Secretary Mr. Joe Mucheru has appointed four members to the board of the Communications Authority of Kenya (CA).

According to the Kenya Information and Communications Act 1998, the CA board comprises a chairman appointed by the President, seven members appointed by the Cabinet Secretary, Ministry of ICT, and Principal Secretaries from Ministries of ICT, the National Treasury and that of Interior and Coordination of National Government. The four will serve for a three-year term effective 18th July 2019.

“We have brought new members who have varied experience in Kenya’s tech industry, and we hope we can be able to inject this into the Authority so that we can be able to move the country forward,” said Mr. Mucheru during the inauguration of the new board members.

With the new injection, Mr. Mucheru urged the board to look at addressing various issues including:

Dominance and competition in the Telecom industry

“I hope the board will be able to address the issue of competition and dominance, because as a country we need to promote innovation. If we don’t support innovation, we have a problem,” said Mr. Mucheru.

“We have seen that some of the operators (Airtel and Telkom Kenya) are coming together to create a joint that is going to create competition that we need. Even though the move is meeting opposition, this means that we have a vibrant sector which requires real though when it comes to regulation,” he added.

Mr. Mucheru said that the board has a challenge of deciding what percentage of local content should be broadcasted in the country as content creators are calling for 60 per cent local content programming.

“Kenyans are currently enjoying both the local content and local languages. So, we must ensure we continue to support this in the industry,” added Mr. Mucheru.

Mr. Mucheru added that the Authority should look at implementing an airing tax for people who produce their advertisements from outside the country, as those producing advertisements locally are having to pay taxes. He also urged the authority to tracking how content from local producers is being aired so that the can get paid for their work.

Mr. Mucheru urged the board to fix the national addressing system, which has been two years in the making, in order to grow Kenya’s e-commerce industry. He implored the authority to utilise the universal service fund to address this issue.

“We are glad to be appointing people in the board who are in the ICT industry, this will make our work easier, ” said the authority’s, Board Chairman, Ngene Gituku.