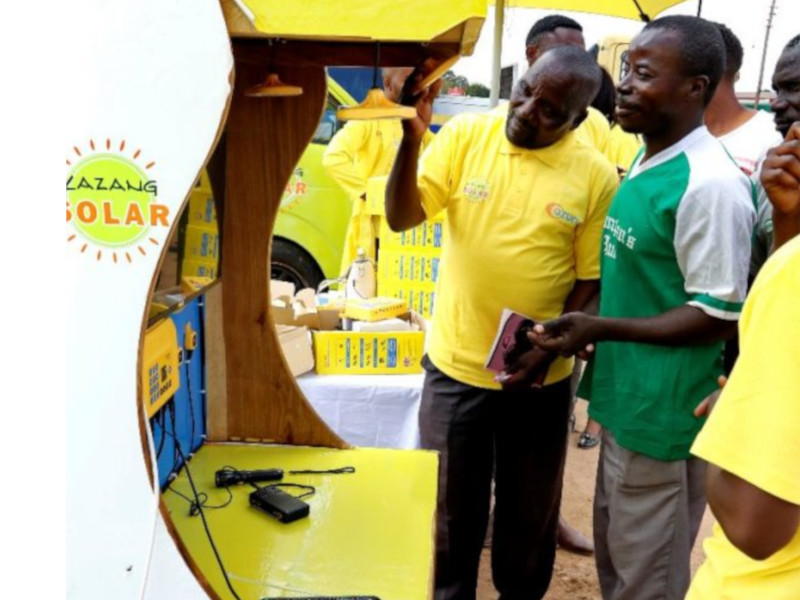 The investment will help more off-grid customers across Zambia benefit from affordable, clean and reliable energy, as well as having access to modern energy-efficient appliances.

“Azuri believes African consumers, regardless of wherever they may live, should be able to access affordable modern digital services and devices that have a positive impact on daily life and on livelihoods,” Azuri CEO Simon Bransfield-Garth said. “Pay-as-you-go solar power is connecting off-grid households to the modern digital world through reliable, clean energy and highly efficient products such as AzuriTV which delivers social and economic benefits that many urban users have experienced for years.” He added

Minster for Energy, Hon. Matthew Nkhuwa said: “Renewable energy such as that offered by Azuri can is a catalyst for rural development through improved access to information, improved productivity and new employment opportunities, as well as supporting Zambia’s commitment to mitigating climate change.”

AzuriTV was the first complete solar TV and satellite package designed and developed for off-grid consumers in Africa. Azuri customers pay for their solar and satellite TV service through regular weekly instalments, and once the system is paid for, all energy generated going forward is free of charge.

British High Commissioner, Fergus Cochrane-Dyet OBE said: “Solar power has the potential to transform the lives of millions of people who are still living off the grid. Azuri embodies the pioneering spirit of innovation for which the UK is globally renowned. The launch today showcases the cutting-edge technology and expert services that British firms can offer to rapidly expanding markets across Africa.”

Azuri is a leading commercial provider of pay-as-you-go solar home systems to off-grid consumers across sub-Saharan Africa since 2012. Working in partnership with locally-based distributor Kazang Solar, Azuri and has been delivering affordable, clean energy to Zambians since 2016.

According to a recent study by Efficiency for Access Coalition, televisions are the second most desired off-grid appliance by consumers, with only solar lighting being ranked more highly.

Shamba Shape Up, one of East Africa’s most popular rural programmes offering farming tips and advice, which is available to AzuriTV customers, reports that 80% of viewers on average increase income, produce and or food for their households by making simple changes recommended by the show.