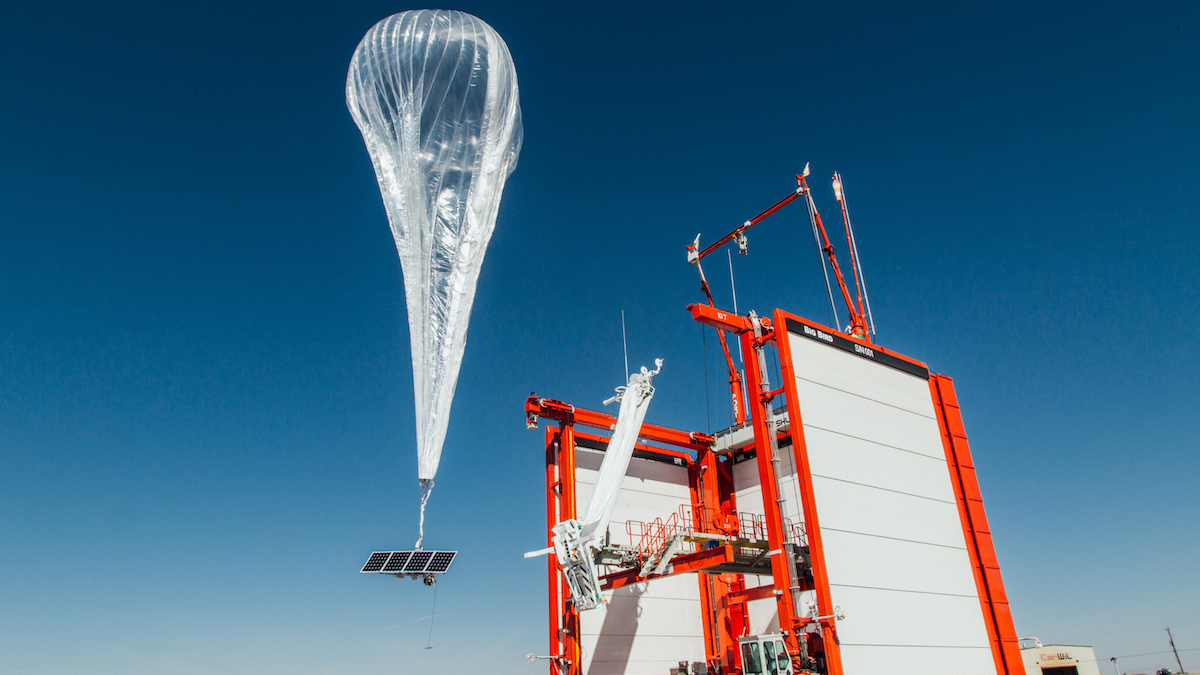 Connecting sub-Saharan Africa to the internet continues to be a major challenge for governments and the private sector alike. The major channels up to now have been fibre networks and satellite connectivity. Due to the expensive and time-consuming nature of establishing laying fibre networks, as well as building and launching satellites, there is growing interest in HAPS — high-altitude platforms for connectivity — as an alternative for underserved regions.

HAPS stands for high altitude platform station. These platforms are launched into the stratosphere, much lower to the ground than typical geostationary satellites, to provide broadband connectivity and backhaul connections between core networks and the RAN (radio access network) of the mobile network. The ITU defines HAPS systems as radio stations located on an object at an altitude of 20-50 kilometres at a fixed point relative to the Earth.

HAPS projects have launched aircraft including solar-powered drones and balloons to beam internet signals in much the same manner as satellites do — though unlike communications satellites that typically are in geostationary orbit more than 30 thousand kilometres above the equator, these HAP platforms typical hover only 20km or so above ground, at the lower range of the ITU’s guidelines defining HAPS.

HAPS projects were initially seen as an alternative to costly geostationary satellites as well as undersea and terrestrial fibre networks, which require massive excavation and cable laying operations. A key feature of the HAP concept is that HAPS craft could be deployed strategically in remote or rugged terrain and other underserved regions.

The best-known HAPS projects, though — including Google’s Loon project and Facebook’s Aquilla — have so far failed to take off.

The dream of having solar-powered, high-altitude drones was first announced by Facebook in 2014. The concept was for drones to beam internet to a radius cumulatively covering 4 billion people without internet connections, the majority of whom were in Africa.

In 2018, the company announced it would no longer build its own aircraft hardware, and then  consequently abandoned the idea of use high-altitude drones for connectivity, cost being a factor.

Google’s Loon project has also fallen into a business-model quandary. Initially, compared to the Aquila project, Google made great strides. The project got approval from the government of Kenya to use its air space and inked an agreement with Telkom Kenya to extend mobile coverage. Google then actually launched high altitude balloons designed to beam 4G/LTE signals.

But the project was abruptly shut down a few weeks ago, with officials citing business model and commercialisation challenges. Loon Project CEO Alastair Westgarth said deployment turned out to be too expensive to cover the targeted communities in dispersed, remote areas.

Google still has other projects for Africa up its sleeve. The company, under its affiliate X Development, are working on another project, Project Taara, which will extend internet connectivity with beams of light.

“Like fibre, but without the cables, Taara uses light to transmit information at super high speeds through the air as a very narrow, invisible beam,” the company explained on its website. It is being piloted in India and Africa.

But while Taara uses some of the same wireless optical technology as Project Loon, the base stations are affixed to towers and other terrestrial object.

Despite the shutting of the Facebook and Google HAPS projects, there are reasons that HAPS may yet provide an alternative to connectivity issues in at least some regions.

Having worked in Africa, Ramesh Ramaswamy, senior vice president and general manager for the international division at Hughes Network Systems, notes that satellite, fibre and HAPS technologies serve one purpose — connectivity — and that there are advantages and disadvantages to each of them.

Hughes Network Systems has worked with Africa-based telecom companies in satellite broadband connectivity, but Ramaswamy acknowledged that fibre works well in a densely populated area where the cost of distribution to customers can be lowered, Ramaswamy said.

“The rubber meets the road on access planning,” Ramaswamy explained. “A population of 1,500 per square kilometre will cost around US$700 per subscriber to build to the last mile,” Ramaswamy estimated. This cost can go up to $3,000 per subscriber when the number of customers in a certain area drop. This is a main pain point for fibre. He added that approximately 70% of fibre costs are civil works.

Meanwhile, satellites are also expensive but have different advantages.

The cost of launching a geostationary satellite for broadband connectivity, without the cost of its design, can be anywhere between $220 million to $500 million, according to serial tech entrepreneur Ohad Harlev, who has worked in Kenya as one of the directors of EASSy, and also worked launching communications satellites in Nigeria and in Niger, where he established a VSat company.

Harlev however cautioned not to compare the technologies on construction costs alone. There are a lot of other costs that could affect the final value of each technology deployment.

“In my mind, fibre and satellites are completely different solutions,” Harlev said. In most regions of the world, you can choose to go fibre or satellite, he said. It really depends on the goal. Fibre serves point to point connectivity, while satellites can target huge regions of the earth.

“The good thing about using satellites that [they] can be accessed from anywhere. This solution can be well-suited for places like Africa where data centres are sparsely distributed,” Harlev said. Lack of data centres from where content can peer, has made Africa’s internet broadband one of the most expensive in the world, he noted.

Satellites also may be put to innovative new uses. For example, Harlev is CEO of Lyteloop, which is building satellites that will store data on laser beams transmitted back and forth among themselves. The company received a funding round of $40 million in February and plans to launch proof of concept satellites in about three years.

Notwithstanding the failures of the Google and Facebook HAP projects, Harlev believes that once a working business model is found, then these projects could benefit many regions in Africa and provide universal connectivity.

Both Harlev and Ramaswamy, despite their ties to satellite technology, believe that HAPS projects could be a technological middle ground between satellite deployments and expensive fibre network backbone. It’s the business model that lacks clarity.

Google and Facebook kept the costs of launching their stratospheric craft out of the public eye (media outlets reported a burn rate of US$100 million annually by Loon), but building costs could be significantly cheaper than satellites and fibre deployments, according to both Ramaswamy and Harlev.

Spectrum availability and the related cost of radio bandwidth to beam internet could be a big factor in launching HAPS projects. Facebook, in its announcement of the shutting of its Aquilla project, said that more spectrum needs to be made available for  HAPS projects, for them to be successful.

“The agreements reached at WRC-19 help pave the way to connect more of the world’s people to the benefits of today’s digital economy, particularly in underserved communities and in rural and remote areas,” a statement from ITU said.

According Ramaswamy, a geostationary satellite that has one frequency could be prone to wide range of interruptions. But because HAPS systems cover a fraction of a region, a downtime in one area doesn’t affect the others.

“But frequencies cost a lot of money,” Harlev said. Once spectrum is available at a price that makes sense for the business model for HAPS projects, the technology can be put to use, Harlev believes. Companies and  governments can ensure that HAP projects are customised to each region.

In early 2020 several international corporations joined hands to create the HAPS Alliance, an organisation aimed to promote the use of vehicles in Earth’s stratosphere.

HAPS platforms are “a promising solution for expanding mobile coverage to areas where connectivity is lacking—such as mountainous terrain, remote islands, marine regions and developing countries—as well as for IoT and 5G use-cases,” the alliance says.

The alliance plans to provide bedrock support to put into place sustainable business models with target countries and regions, to bring low-cost connectivity to underserved populations.