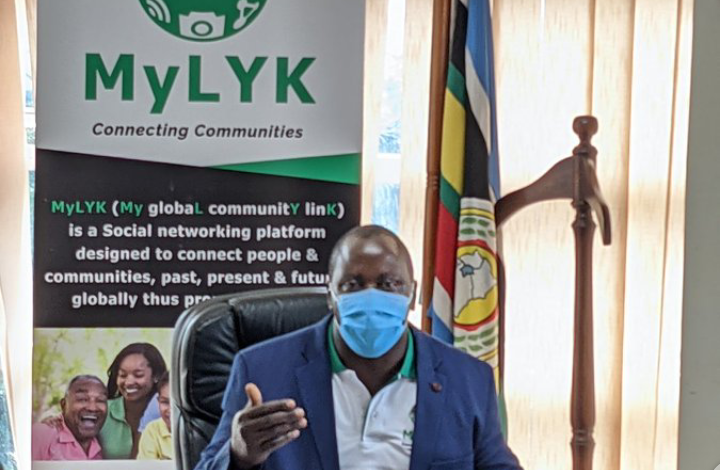 The hospitality industry has been severely dented by the pandemic and is now using all means necessary to right itself. In a bid to attract tourists to Uganda, a team of Ugandan Innovators launched a social media platform dubbed MYLYK. The MYLYK launch, which took place at the Ministry of Tourism, Wildlife and Antiquities, was graced by MyLYK Managing Director Aja Andrew Baryayanga, the former Kabale Municipality Member of Parliament. He listed several objectives for developing the app, noting that the platform was meant to create meaningful friends and to foster meaningful friendships, relations, beneficial associations and legacies of people in their communities as well as preserve languages, history and heritage as a resource for posterity.

“The app is also meant to bring the digital era closer to grass-root communities, to promote unity by connecting people and communities globally through travel, tourism, planned community events and activities; to create job opportunities for the youth directly and through third-party service providers; and to provide a trade and commerce marketplace on which individuals, communities and businesses can buy, sell and promote their products/goods and services”, he said. He added that MYLYK users are able to share and invite their friends and family to connect on the platform.

“The platform MYLYK is packed with features such as posting, communities, pages, marketplace, jobs and blogs among others. The user can post different kinds of fun media including texts, images, videos, links, stickers and hashtags.” He added, pointing out that, “To get started, one simply needs to create an account by entering their username, email account and password to join the platform.”

Justus Mugisha, the MYLYK Chairman, said the platform will help individuals to connect and create meaningful friendships, relations, beneficial associations and legacies of people in their communities as well as preserving languages, history and heritage as a resource for posterity.

“It brings the digital era closer to the grassroots, especially for Uganda and Africa where the digital penetration is still at the lowest levels, promote unity by connecting people and communities globally through travel, tourism, planned community events and activities, creates job opportunities for the youth directly and through third-party service providers. Also, by providing a platform for job listings and awareness, such that users are able to easily access various job listings in the different sectors of the economy,” he said

Mugisha added that MYLYK App will provide opportunities to individuals, communities and businesses to buy, sell and promote their products or goods and services, raise the Ugandan Flag globally since MYLYK app is a Ugandan initiative and going global with at least 70 per cent Ugandan representation. Country licenses will be held by deserving Ugandans where possible and promote tourism through enhancing culture and their tourist attractions globally.

MyLYK can be accessed through the Google Play Store on Android and Apple AppStore the iPhone while non-smartphone users can access MyLYK through its official website at www.mylvk.net. One can also acquire the App by directly scanning a QR Code which shall in turn direct them to the respective application stores of their device. Also, existing MyLYK users can share and invite their friends and family to connect on the platform.

The app will give users a chance to be Virtual Community Ambassadors (VCAs). Mugisha explained that the VCA represents their community in the digital space, up to the national level, while a Global Community Virtual Ambassador (GCVA) represents their community beyond their country. The roles and responsibilities of a VCA include collecting and posting stories through text, photos and videos, promoting their communities in different aspects such as culture, and agriculture; verifying community members and posted stories; verifying jobseekers in the community, collecting, verifying, posting and billing business adverts in their community; identifying the elderly, the vulnerable and disadvantaged who need to be helped.

VCAs will take 50 per cent of money paid for adverts in their respective communities, while community SACCOs will take 25 per cent while the rest will go to MYLYK.