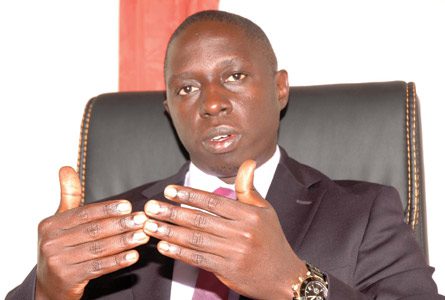 The Ministry of Information, Communication Technology (ICT) and National Guidance have called for the withdrawal of the Computer Misuse Amendment Bill 2022, which was tabled before Parliament by Kampala Central MP, Muhammad Nsereko.

Dr Aminah Zawedde, the PS of the ICT Ministry told the Parliamentary ICT committee on Tuesday that the Bill should be withdrawn. Dr Zawedde, together with the State Minister for ICT, Joyce Nabbosa Ssebugwawo, were appearing before Parliament’s ICT committee.

Dr Zawedde told the Committee that the Ministry of ICT is in a process of developing the Information and Communications Bill, a holistic and encompassing law addressing gaps in the different Acts governing the sector.

The Bill seeks to amend Section 12 of the Computer Misuse Act to criminalize hacking of another person’s electronic device and publishing information obtained therefrom. The Bill also proposes that no person shall write, send or share information which is likely to ridicule, degrade or demean another person, tribe, religion or gender.

Also proposed is that a person who accesses another person’s data or information, voice or video records and shares information that relates to another person commits an offence. It also seeks to prohibit sharing of information relating to a child without authorization from a parent or guardian, and sharing of false, malicious and unsolicited information.

Nsereko proposed a $4300 fine or seven years imprisonment or both, for the offence and that those found guilty and convicted should be barred from holding public office for 10 years.

Whereas Cabinet advised the ICT Ministry to work with MP Nsereko regarding the Bill, Dr Zawedde said that it was important that the proposed amendments are withdrawn so that a more comprehensive Bill is presented by December 2022. She told MPs on the committee that the draft principles of the Bill are already before Cabinet awaiting clearance.

“We currently have overlaps and decided to come up with the Information and Communications Bill, 2022 to be the encompassing Bill for the sector. We are reviewing all the Acts in the ICT sector including the Computer Misuse Act,” she added.

Dr Zawedde said that the Information and Communications Bill 2022, would provide for regulation and management of media content and that this will address the proposal raised in the Bill tabled by MP Nsereko. She said Nsereko’s proposals are already provided for under the Penal Code Act, the Anti-Pornography Act and other laws.

She added that the Ministry’s bill would harmonize and strengthen regulatory provisions in the existing laws and it will ensure the repeal of the Press and Journalism Act, the Stage Plays and Public Entertainment Act and also amend the Data Protection and Privacy Act 2019.

Joyce Ssebugwawo, the Minister of State for ICT, said that the government was committed to ensuring effective regulatory frameworks for online content. She said that her Ministry will engage Nsereko in a view to coming up with a harmonized position on his proposed amendments.

Mawogola South MP Gorett Namugga, raised concern about the recommendation by the Ministry, saying that this intends to frustrate efforts by private Members of Parliament. She asked the Ministry to avail the midterm digital transformation plans to avoid duplication of Bills.

The committee Chairperson, Moses Magogo, said that the proposal by the ICT Ministry to halt consideration of the Computer Misuse (Amendment) Bill, 2022 will not stop the committee process.