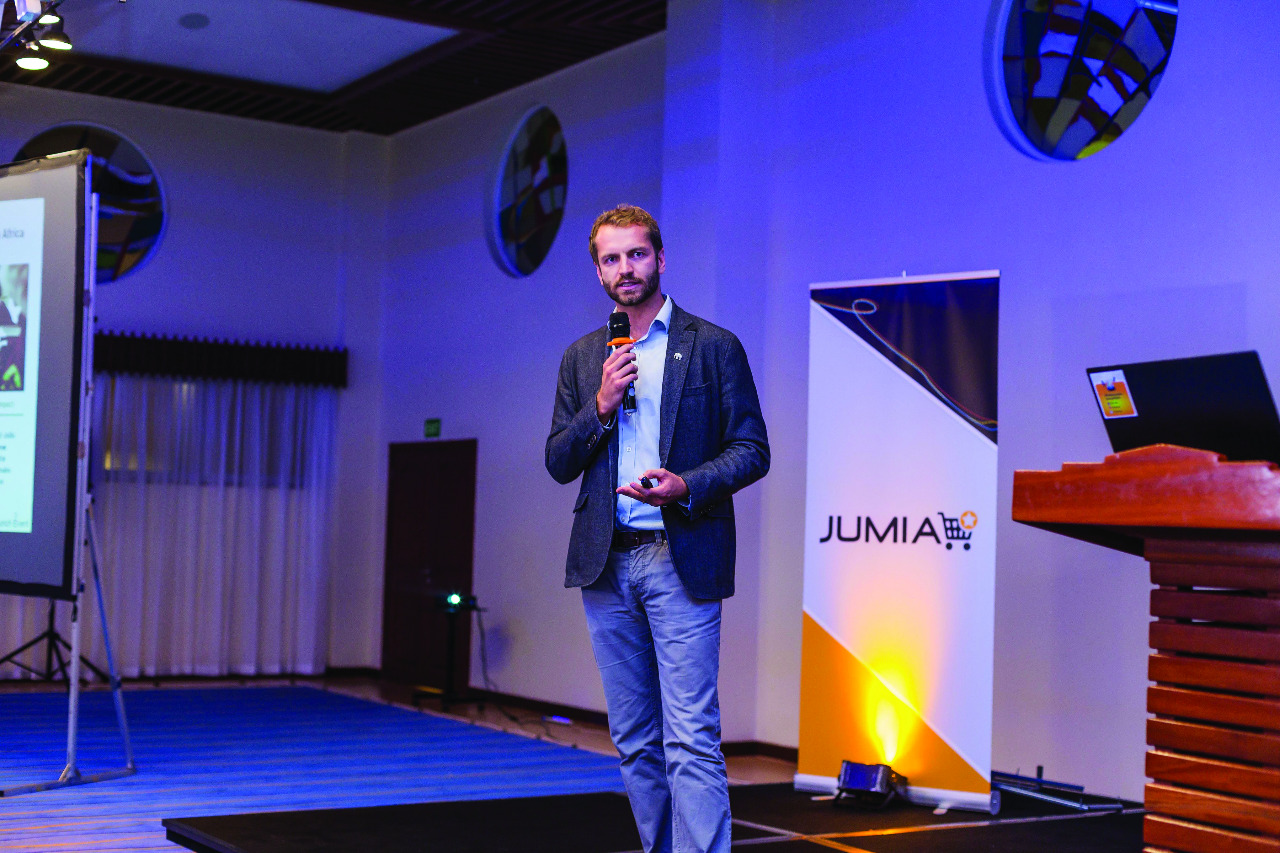 That e-commerce has grown over the past two years is not in doubt. It has, in fact, really contributed to the growth of technology in Africa. It is a sector that did not exist in the market a decade ago yet now it has grown into one of the biggest industries locally.

Jumia has been at the forefront of e-commerce in Kenya and Africa as a whole. A sit down with the outgoing CEO of Jumia, Sam Chappatte, debunks Jumia’s journey in the market.

Sam has been part of Jumia since its early days and at the helm as the company soared through hardships to become the leading e-commerce platform in Kenya.

He now leaves the mantle to one Betty Mwangi as he ventures into other things in tech after achieving what he pretty much set out to when Jumia debuted in the market. “E-commerce had been around, but it was not yet so in Africa. We saw a lot of potential with the growing smartphone penetration, and a population of early adopters of the technology.” Sam says, breaking down the gap they saw in the market then. 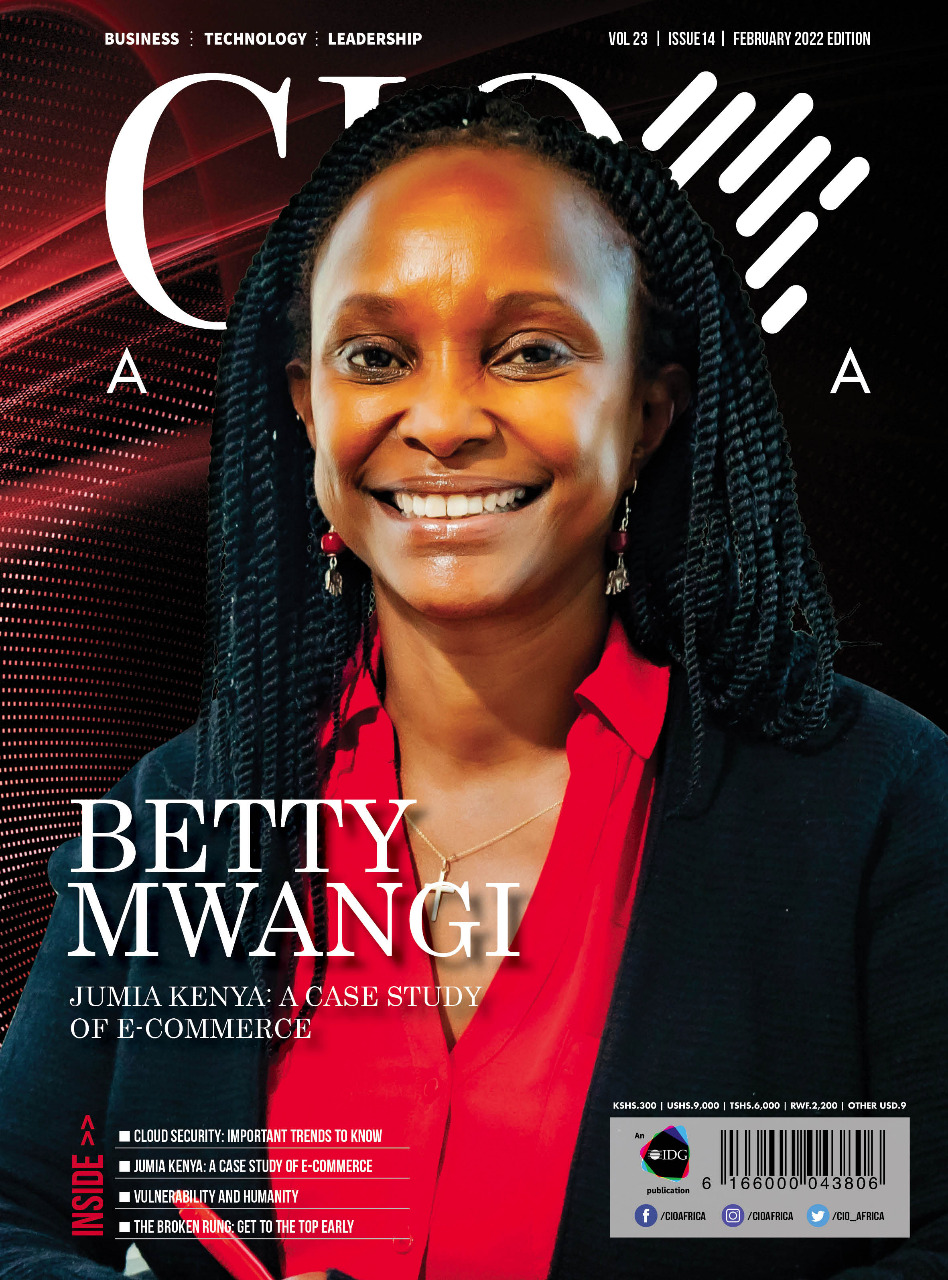 “Jumia has succeeded in my view because we have rolled with the punches and played the field. From Day 1, we were well capitalised and had systems in place to scale. But that’s not enough. It took a tonne of hard work from a large number of smart people. There’s no shortcut.” He adds, “We have learned a lot of things along the way, and strive to stay low on ego but ambitious.”

The uptake of technology obviously played a big role in Jumia’s growth so far and will still play an even bigger part in the continuity of the business, even after Sam leaves the helm.

“The digital economy does not just happen. It is driven by companies and people that step up and invest their time and capital to make it happen,” observed Chappatte. “Over the past 10 years, many companies have driven this growth. Looking ahead, there is a lot to be optimistic about – the infrastructure and smartphones are there. And I hope growing competition between telcos will drive down prices of data fast. This will drive the growth of the digital economy and jobs that it will bring with it.”

“The digital economy does not just happen. It is driven by companies and people that step up and invest their time and capital to make it happen.”

As for Jumia, it has invested hundreds of millions of dollars in educating the market and helping digitise businesses and customers. Jumia was both a beneficiary of this digital wave, and at the same time, paddling furiously under the water to drive that wave.

They faced a lot of challenges along the way too, as Chappatte recollects.

“We’ve been through many phases. When we started, it was just the classic marketplace challenge. We needed to create both demand and supply. You need to sell the dream to both sides.”

Then there were the phases of hyper growth.

The outgoing CEO called upon African governments to support entrepreneurs because they in turn will drive the digital economy and job creation across the continent. “Governments need to acknowledge that it’s not only about foreign direct investment (FDI). It is also about human capital (talent),” he says. 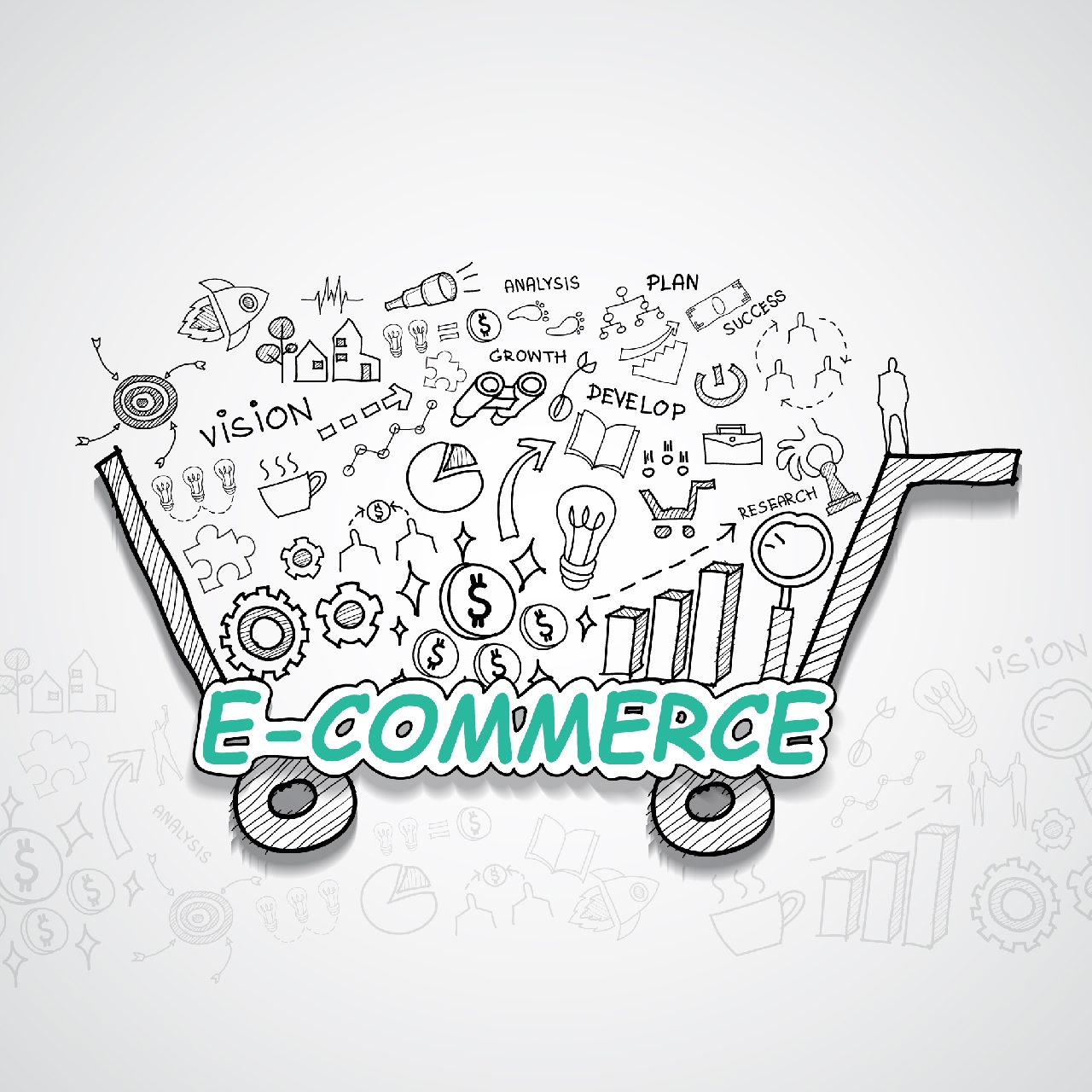 “The government can invest in entrepreneurship development programmes, and create the right incentives to support these entrepreneurs. Make it a no brainer for an entrepreneur of a big company to create a hub in Kenya. Incentivise entrepreneurs locally, help them get funding and get wealthy. This will attract more money & more talent and have a big multiplier effect on the economy.”

The future of e-commerce looks bright. So far, Jumia is starting to invest in electric vehicles. They recently signed a partnership with eBee Africa for use of electric bikes for delivery. Chappette says this will go a long way towards reducing the delivery charges for customers, make more money for the rider and protect the environment all at once.

There is, of courses, more to Chappatte than meets the eye. Despite having grown up and studied in Europe, he always wanted to work in Africa. He was always on the lookout for ideas that will thrive in Africa. He always knew this continent possesses opportunities. Growing up in the United Kingdom, he schooled in both Belgium and London. He did his Bachelor’s at the Trinity College in Dublin, Ireland. He then had his Master in Management at ESCP Europe, doing a year in London and a year in Madrid.

He jokes about his year at Madrid where he ‘pretended’ to speak Spanish and wrote his essays using Google translate. Chappette then joined Boston Consulting Group (BCG) immediately after university. Staying there for about five years. However, during this time, he was still thinking of what he could do in Africa. 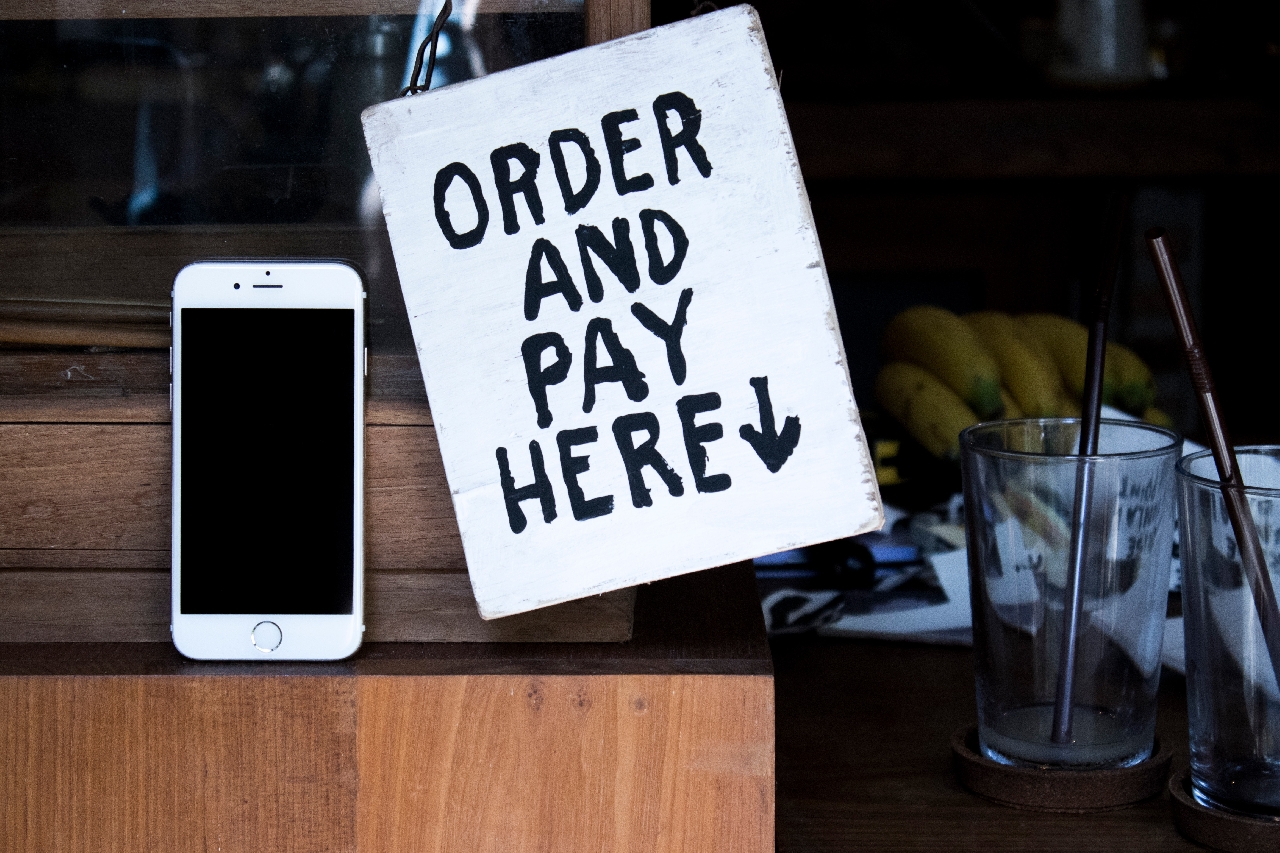 “When I joined BCG, I wanted to get exposure to different industries and spend as much time on the ground on the continent as I could. I was the guy they sent to the off-the-beaten-track places. I got to know Botswana’s mines pretty well. When I made the jump from BCG, I was looking to join a team that had set out with a big mission in Africa. That’s when my journey with Jumia kicked off.”

“It wasn’t that obvious a move at the time. My friends thought I was nuts. I took a 50 per cent pay-cut and a flight to Ghana just as the Ebola outbreak was heating up,” he explains. ”I then spent the first couple of months sleeping on a mattress in my intern’s apartment.”

From sleeping on a mattress on the floor at his intern’s apartment to playing a key part in the emergence of the biggest e-commerce company in Africa, Chappatte is clearly a man who loves to take on challenges.

At the time Sam moved to Ghana, Jumia and the e-commerce industry they kicked off were just getting going. Jumia had launched in the first set of markets, with Nigeria as the crown jewel. Sam joined to lead the expansion into six new territories, later permanently settling in Kenya. Over the last five years, he’s built the business into the household name we identify with today.

Chappette identifies Kenya as one of the best places anyone can live, and has long-term plans to live here. “We love Kenya. My wife is an entrepreneur. She started a business called Kenyan Originals (a cider and craft beverage company). We both see amazing opportunities in Kenya. I hope I can continue to play a part in the growth of the digital economy in Kenya long-term. We want to bring up our kids here too. They are obviously already speaking better Swahili than us!” he exclaimed.

“Nairobi is a great hub of smart, ambitious, worldly people. The ecosystem is getting more and more exciting, and I believe will continue to retain and attract some of the world’s top talent. It’s a great place to live.” the former Jumia boss noted.

From sleeping on a mattress on the floor at his intern’s apartment to playing a key part in the emergence of the biggest e-commerce company in Africa, Chappatte is clearly a man who loves to take on challenges. Small wonder then that his hobby is mountaineering; and that he is currently on the lookout for the next mountain to climb.

This article was first published in the February edition of CIO Africa magazine. To read more of this, go to Issuu and get a copy.