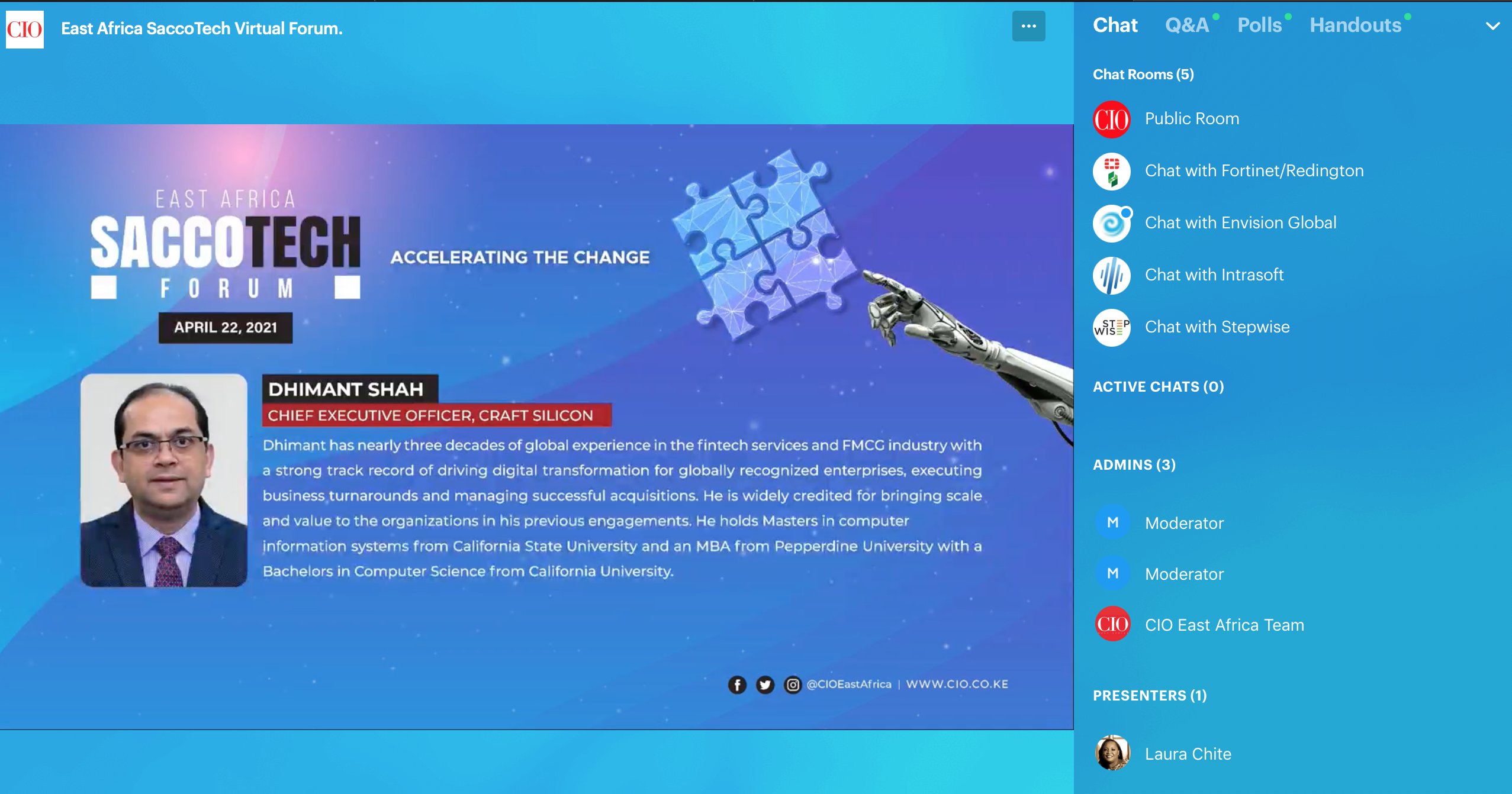 A powerful digital transformation tool backed by the technology of Craft Silicon’s core banking solution has been tailored to fit the needs of financial institutions from whichever background. A high degree of automation allows the provision of services that ensure clean, and top quality client experiences.

With a robust and reliable team, Craft Silicon have always been one of the heavy hitters in the Kenyan tech space, especially when it comes to creating technology that holds a place in relevance. Dhimant Shah, the CEO of Craft Silicon emphasised just how impressive the company’s strides were in ensuring incumbents within the tech space get a wake up call as to how the tech landscape is shaping up.

The financial sector in Kenya is booming with the advent and success of SACCOs. One of the biggest reasons behind why SACCO’s are successful, is that they takes the advantage of the strength and trust of a local community. SACCOs have seen immense success in the African continent due to two reasons. First, the convenience that it provides to its member. Second, its business model is built on the foundation of local communities.

In Kenya, SACCOs have around 14 million members with more than Sh732 billion in deposits and more than Sh 1 trillion in assets. Likewise in Uganda, there are more than 16,500 co-operative societies registered in the country.

Craft Silicon, one of the leaders in helping establish successful digital transformations was at hand to commit to any SACCOs who would like to refurbish their modus operandi with a digital touch. “SACCOs have to transform themselves. A technology like AI can help make more sound decisions.”