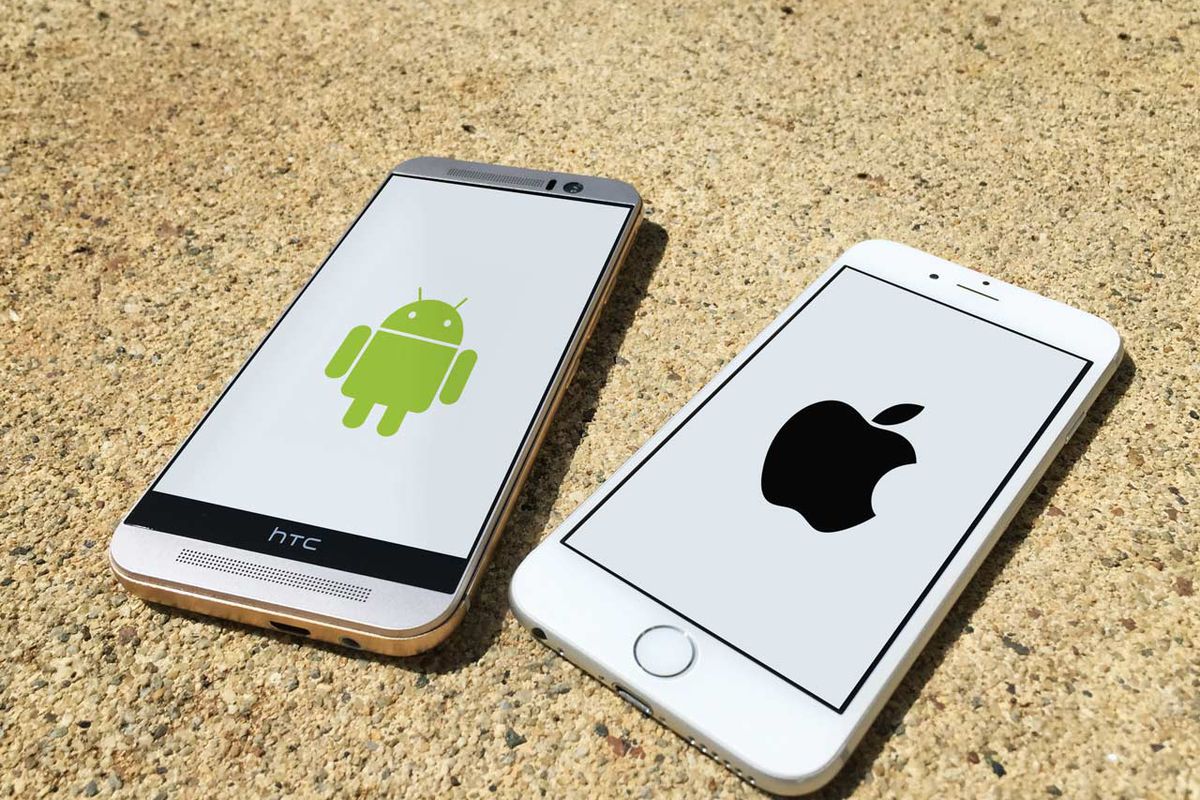 You’ve decided that it’s finally time to switch to an iPhone. Maybe it’s the value you get in the iPhone SE. Maybe you’re more concerned about privacy, or you’re tired of buying phones that only get operating system updates a year or two. Maybe you have a Mac, and want a phone that works seamlessly with it.

Whatever the reason, we’re here to help make your transition from Android to iPhone as smooth as possible. Grab your old Android phone and your new iPhone and let’s make the switch.

Transfer data from Android using the Move to iOS app

Apple’s got a fancy marketing page all about why you should switch from Android to iPhone. It’s more hype than usable advice, but the Apple does make a great resource for making the switch: an Android app!

On your old Android phone, download the Move to iOS app from the Google Play store. Make sure you have Wi-Fi enabled and launch the app.

Only after you get the Move to iOS app should you start setting up your new iPhone. During setup, you’ll see a list of options for how to restore your apps and data. Select Move Data from Android.

If you already set up your iPhone, you can always erase your iPhone and start over. If you just set it up today, it might be worth the time.

You’ll then get to choose which content you want to transfer from your Android phone to your iPhone. Pick what you want and tap Next.

The whole process can take anything from a few minutes to a couple hours, depending on the performance of your old Android phone and how much data you have to transfer. Apple Support has a YouTube video that demonstrates the process.

It’s easy! On your iPhone, tap Settings and then tap Mail. Tap Accounts, then Add Account, and then choose Google from the list. Your iPhone will open up a Google login page where you’ll enter your account name and password.

Once your account is added, you can select it in the Accounts list and choose whether or not you want to sync your Mail, Contacts, Calendars, and Notes. These options will bring data from your Google account into the iOS Mail, Contacts, Calendar, and Notes apps, but if you plan to use Google’s apps on your iPhone instead of Apple’s, you have the option to disable these toggles.

Google makes a ton of apps for iPhone. Moving to iOS doesn’t mean you have to give up your favorite Google apps, just that they won’t necessarily work exactly the same way as they did on your Android phone. In particular, you can’t make them a default app—when you open a mail link it will open Apple’s Mail app, not the Gmail app, for example.

In particular, you’ll probably want to download Gmail, Google Calendar, Google Photos, and Google Maps. If you really want to retain as many of the Google apps you’re used to on Android, the Google app will give you the search and Discover feed you’re accustomed to, Google Assistant is your Siri replacement (though you have to launch the app to use it), and Chrome will make your browser feel more familiar.

If you don’t want to lose progress in any of your games, you’ll have to make sure they have some sort of online save functionality. In many popular games, you can log in with either your Facebook account or an account specifically for the game and it will save your progress. Just make sure you log in with the same account when you download the game again on your iPhone.

It’s easy enough to add your Google account to your iPhone and download Google apps to to use instead of Apple’s own apps, but we suggest you don’t go overboard right away.

It will feel weird at first, and there are lots of little details to get used to. But Apple’s apps are more tightly integrated with the operating system, similar to the way Google’s apps are on most Android phones, and in general they’re built with better privacy protections. After giving yourself a few weeks to adjust, you may find you like Apple’s apps better, at least in some ways.