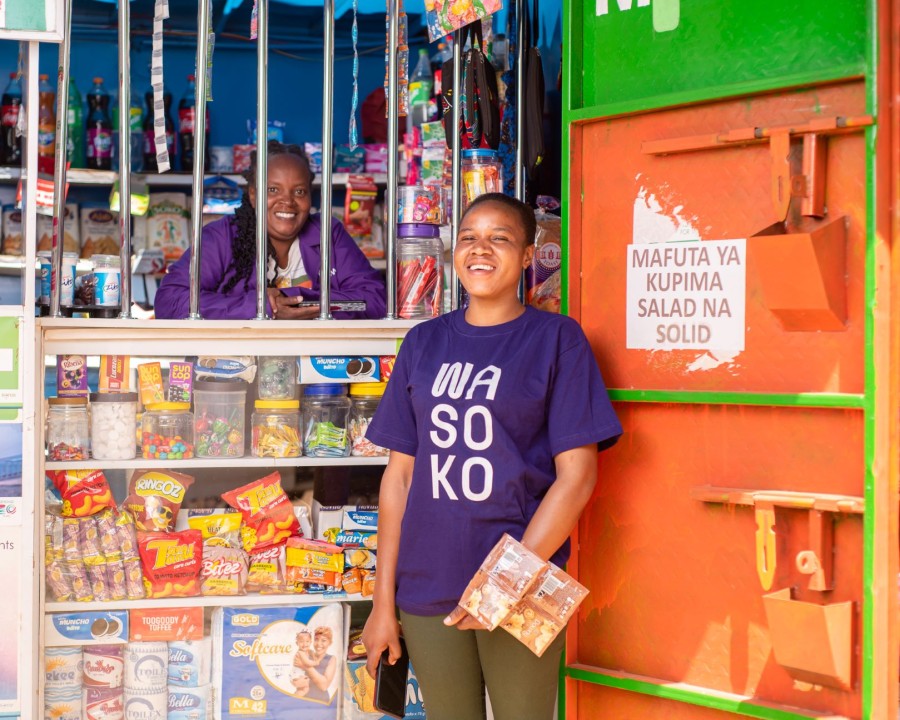 Sokowatch, African e-commerce company leveraging innovative technology to transform the informal retail supply chain, has today announced the close of a $125 million Series B equity round.

Led by Tiger Global, the world’s largest venture capital firm, and Avenir Growth Capital, the round includes participation from a host of leading names including VNV Global, Binny Bansal (Co-Founder of Flipkart) and Sujeet Kumar (Co-Founder of Udaan), as well as existing investors Quona Capital, 4DX Ventures and JAM Fund.

The new capital will enable Wasoko to drive further geographic expansion and product growth across the continent. The company is exploring expansion into Nigeria and Southern Africa, while continuing to consolidate its market-leading position across its six current countries.

In a statement, the Company disclosed that it is also examining opportunities to expand its product offering to verticals such as merchant point-of-sales systems, bill payments, and social commerce through both internal innovation as well as strategic investments and acquisitions of relevant companies.

Alongside the new funding, Sokowatch has also officially launched in Abidjan, Côte d’Ivoire and Dakar, Senegal, the company’s first locations in West Africa, as it continues to revolutionize access to consumer goods across Africa’s $600 billion informal retail sector.

With its rapidly growing Pan-African operations, the company has also rebranded to Wasoko, which translates to “People of the Market” in Swahili.

“The new brand reinforces the company’s shift from its origins as a backend distribution software platform in East Africa to a public brand providing free delivery of essential goods and working capital financing to informal retailers across opposite ends of the African continent,” it said.

Daniel Yu, CEO and Founder of Wasoko, said, “After more than six years building and constantly iterating on our operations, we are proud to have demonstrated the traction and quality of business required to raise funding from world-class investors. We’re fully focused on leveraging their strategic support to build one of the biggest e-commerce companies in the world and transform access to goods and services for African citizens across every corner of the continent.”

Andrew Sugrue, Founding Partner at Avenir Growth Capital, adds “Informal retailers capture the vast majority of consumer spend in Africa, and they are dramatically underserved by existing distribution and financial infrastructure. We’re excited about the category-defining, Pan-African commerce platform Wasoko is building and the efficiencies it brings to these retailers and their suppliers through a combination of superior product selection, logistics, and financial services.”

In addition to the funding, Wasoko has announced the appointment of Sujeet Kumar, Co-Founder of Udaan – the world’s largest B2B retail e-commerce company – to its Board of Directors to provide strategic guidance for Wasoko’s continued growth. It has also made several transformative appointments to its senior leadership team including Mellany Msengezi (ex Airtel) as Head of Marketing; Aurelien Barreau (ex Carrefour) as Head of Sourcing; and Georges Bojana (ex Jumia) as Head of Business Intelligence.

Since its launch in 2016, the company says it has delivered 2.5 million orders to over 50,000 informal retailers across Kenya, Tanzania, Rwanda, Uganda, Côte d’Ivoire, and Senegal with revenue growth over the past 12 months at over 500%.

Over $600 billion of consumer goods are sold in Africa through informal retail channels every year, supplying the vast majority of the population. Despite the importance of the informal retail sector, the industry still remains highly fragmented and inefficient with local shops facing a number of major challenges including frequent stockouts, limited access to capital, and difficulty receiving goods from suppliers.

Through Wasoko’s platform, informal retailers are able to order products at any time via SMS or mobile app for free same-day delivery to their stores. Leveraging historic purchasing data, the platform also evaluates retailers to provide them with access to Buy Now Pay Later financing.