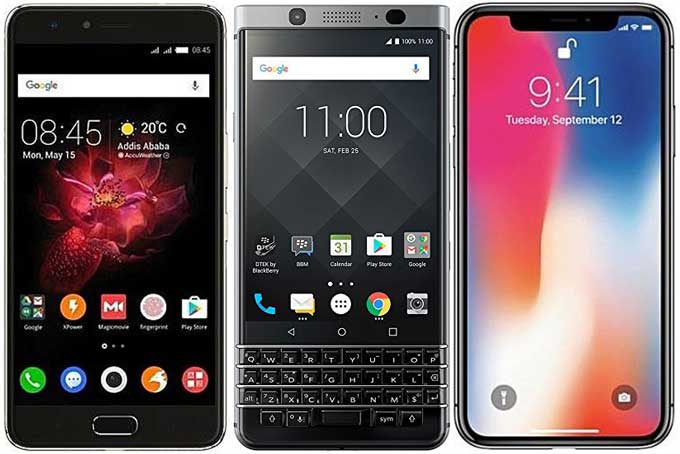 The affordability of smart phones to people on the African Continent has led to most users upgrading their devices to the 5th Generation mobile network (5G). The smartphone is no longer a luxury but a necessity, as a majority of people engage in online business transactions.

It’s against this scenario that Africans are now taking advantage of cheaper smartphones to leap into the growing digital economy offered by 5G.

According to International Data Corporation (IDC), US-based tech research firm, competition among handset makers to bring to market the most advanced but more affordable models is fuelling adoption of 5G.

Mbuthia adds that falling smartphone prices, especially in midrange devices between $200 and $450 is also offering a big window for rising adoption of some high end, 5G powered devices.

“Chinese vendors are the key drivers behind the falling prices, with Transsion brands Tecno, Itel, and Infinix, accounting for 48 percent of the shipments. Samsung is placed second, at 25 percent while another Chinese brand, Xiaomi, takes the third slot with 6.6 percent”, he adds.

IDC in addition states that 4G devices make up 73.9 percent of all smartphone shipments to Africa followed by 3G (18.5 percent) and 5G (7.6 percent) with the latter projected to gain a significant market share, as more countries begin to rollout network infrastructure to support 5G.

In East Africa, Kenya’s largest telco, Safaricom, has been testing 5G in four towns since March 2021, with plans for an official rollout this year.
Rwanda is in preparation to adopt the 5th Generation mobile network to drive its digital economy, as part of the newly released broadband policy over the next five years.

Rwanda’s ICT and Innovation Minister, Paula Ingabire, said the policy will enable the liberalization of the telecommunication market and spectrum.

“5G networks will allow most of our operators to make the accelerated investments and deployments by creating a roadmap and enter the 5G space,” she said at a recent conference in Kigali.

Following in the footsteps of Kenya, MTN Uganda, last year announced plans to roll out 5G Internet, saying the network would bring more speed, with an expected speed of 600 times faster than 4G, allowing for more device connectivity, a huge boost in Internet commerce, the creation of jobs, and innovation and creativity.