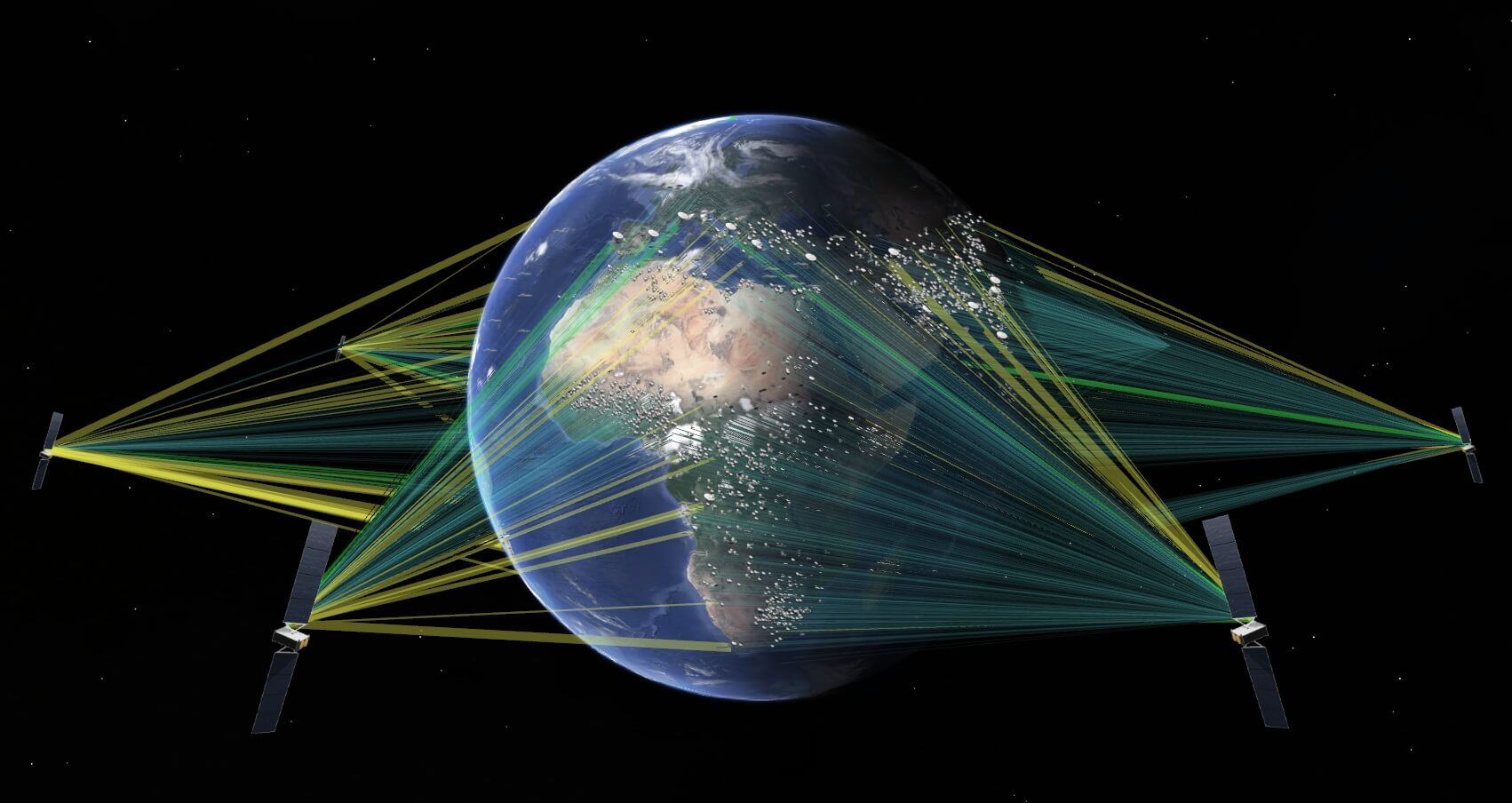 The satellites are currently going through testing and system integration at Boeing’s satellite facilities in El Segundo in preparation for launch in December.

O3b mPOWER is the second generation of SES’s O3b MEO system, making it the only NGSO system based on a field-tested model of technical and commercial success. The software-driven O3b mPOWER communications system is capable of delivering intelligence-driven connectivity services from tens of megabits to multiple gigabits per second, enabling customers to optimise their global bandwidth availability and resiliency.

Microsoft will use the MEO services for additional network diversity, service resiliency and gigabit connectivity as more critical workloads move to the cloud. Other publicly-announced O3b mPOWER customers include Carnival Cruises, Orange, and iSat Africa.

“We believe that O3b mPOWER, defined by software and network elements based on 5G technologies, will provide a unique combination of flexibility and universal access,” said Jean-Luc Vuillemin, Executive Vice President, International Networks, Orange. “Adding 5G standards to the already flexible and software-driven satellite opens a new range of possibilities. O3b mPOWER could seamlessly complement both our international and customer networks, that’s why we decided to go with SES.”

He added, “People thought we were insane to suggest that we could have cloud services on a cruise ship,”
said John Padgett, Chief Experience and Innovation Officer, Carnival Corporation. “With O3b mPOWER, we’re transitioning into an operation that is fully synchronised with the cloud and cost- efficiently moving into gigabit services for cruise ships.”

With enterprises and governments around the world adopting the cloud across their operations, SES has partnered with leading cloud services providers to deliver secure and dedicated connectivity to their customers’ demanding cloud-based applications that span dense cities to remote, rural locations. With O3b mPOWER, SES is creating a cloud-scale operational environment that will leverage cloud networks to provide leading data analytics, geospatial tools, machine learning, and AI services.

“We are very proud today to be at our Boeing satellite production facility here in El Segundo, to give you an exclusive look at our Boeing 702X satellite technology and talk about how it’s coming to life for the first time,” said Jim Chilton, Senior Vice President of Boeing Space and Launch.

“Prior to launch, there’s quite a rigorous build and test process that the satellites will go through to simulate the space environment in every way so that the satellite can withstand the dynamic launch environment and that the satellite operates as intended once it reaches space. Our unique collaboration with SES has allowed us to jointly arrive at a next-generation satellite system that meets the needs of SES’s customers today.”

“We are really excited to have unveiled the O3b mPOWER satellites together with Boeing ahead of the first launch at the end of the year. This system’s massive throughput and its ability to dynamically adapt and scale bandwidth to match customers’ evolving needs in real-time is a first in the space and satellite industry, and is exactly what our customers are looking for,” said Steve Collar, CEO of SES. “The satellite industry is moving to a software-based world, and I am proud to say we are leading this movement with innovation across the O3b mPOWER system. Our O3b mPOWER ground infrastructure is largely software-based, allowing us to intelligently orchestrate
connectivity services across our global network – something never done before.”

The first batch of three O3b mPOWER satellites will be launched by SpaceX from Cape Canaveral in December 2021, followed by two more launches in 2022. The constellation will start delivering services as of Q3 2022.