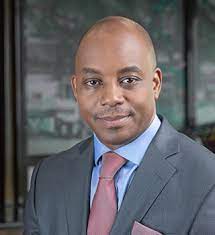 An announcement by Safaricom CEO Peter Ndegwa disclosed that Chege will take up the new role on November 15, 2021, and will report to Vodacom CEO Shameel Joosub.

Chege joined Safaricom in 2006 as an In-House Counsel and rose through the ranks to become Chief Corporate Affairs Officer, a role he has held since 2015.

“He has had a distinguished and successful career guiding Safaricom’s position in legal, competition, regulatory and reputational matters, developing industry policy, positioning Safaricom as a purpose led organisation and making a significant contribution to the success of Safaricom,” said Mr Ndegwa.

Apart from Safaricom, Chege has worked for different telecommunications including Vodafone Group UK.

Chege holds a Bachelor of Laws, a Master of Laws in International Trade and Investment Law. He is an Advocate of the High Court of Kenya and Notary Public as well as a Certified Public Secretary.

Vodacom holds a strategic stake in Safaricom. In 2019, it formed a joint venture with Safaricom and bought the M-PESA brand, product development and support services from Vodafone.