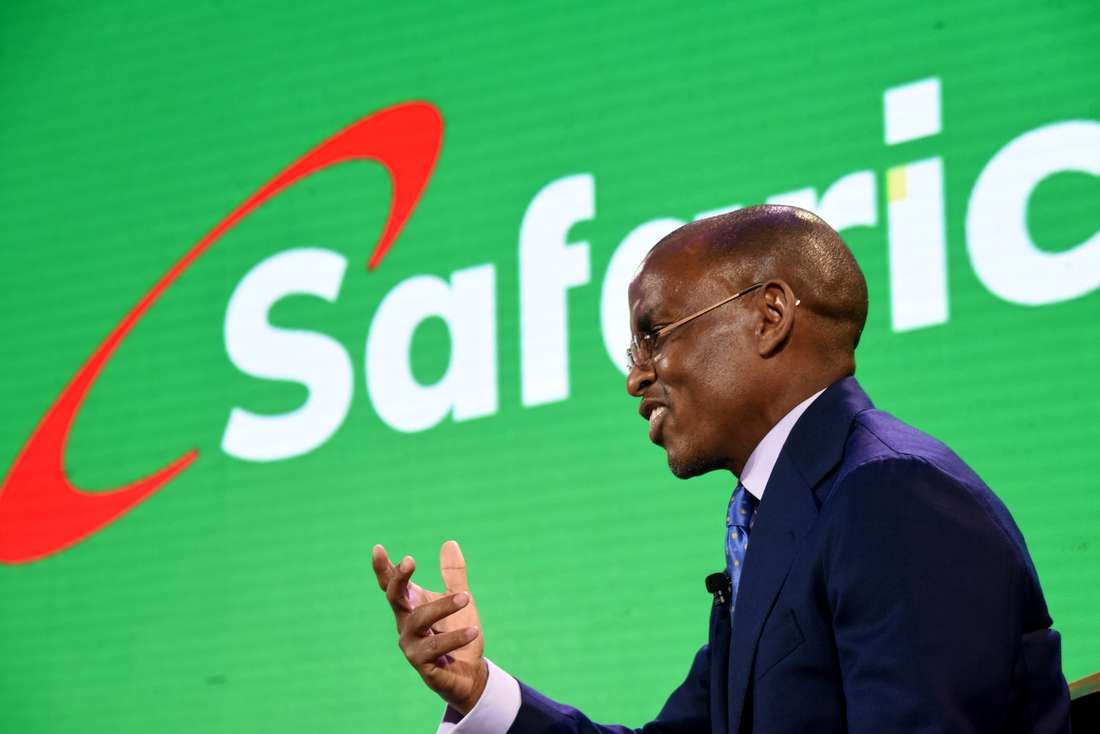 Safaricom PLC CEO Peter Ndegwa during the telco's 20 year celebration at the Nairobi Serena Hotel on October 27, 2020 where they announced their new tagline Twende Tukiuke, and an aggregation of all MPESA services under the USSD 334.

New and heavily anticipated network, 5G, is slowly picking pace in the country as Safaricom, a leading telco in the country, aims to start rolling it out.

Safaricom is set to publicly roll out in the country sometime this year and has already started ramping up test sites across the country. There are more than 200 test sites in various locations including Nairobi, Kisumu, Kisii, Kakamega, and Amboseli (Ol Tukai).

One of the phones that got the 5G signal claimed to have a download speed of 246Mbps and an upload speed of 28.1 Mbps. It’s worth noting that Safaricom has only allowed select devices to access 5G.

The telco will soon make it open for other devices to also access the network as it slowly rolls it out. Safaricom is currently erecting 5G routers around the test centres for masses of people to access it.

It is also important to note that you won’t need to purchase a new SIM card to access 5G as the current one is just capable of accessing the faster connection.