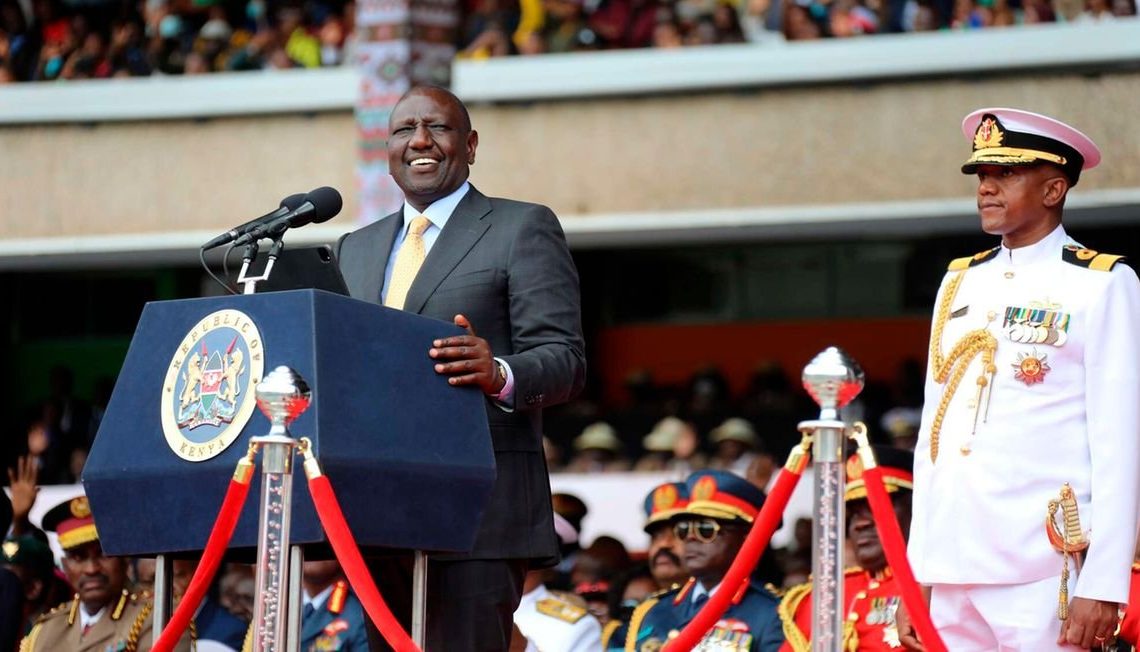 President William Ruto on Wednesday announced that at least four million Kenyans will be opted out of the Credit Reference Bureau (CRB) listing.

Addressing the joint press conference in the company of Safaricom, KCB and NCBA CEOs, Ruto said at least 4 – 5 million Kenyans, million Kenyans will be delisted from the Credit Reference Bureau (CRB) listing.

“I am very happy that between four to five million Kenyans will be opted out of the CRB blacklist by the beginning of November. These Kenyans have been excluded from any formal borrowing and have been left at the mercy of shylocks and predatory lenders,” he said.

The President called Cabinet Secretary nominee for Treasury, Njuguna Ndungu and his ICT counterpart, Eliud Owalo to work on a new mode of CRB listing where “hustlers”  will have access to credit at a single-digit interest rate. He highlighted that the government is not against the credit reporting agency.

“We should change the model of listing so that we do not make an all-or-nothing process, and unfairly disadvantage borrowers. I want to commit here that the government of Kenya is not against credit listing or credit bureau facility in fact we support CRB as a mechanism of instilling financial discipline in our financial sector,” he said.

During his inauguration ceremony, Ruto promised to review the CRB listing system to ease access to credit for small and micro enterprises (SMEs).

In the new Fuliza tariff changes announced, customers borrowing between $0.83 – 8.28 (KSh100-1000) are set to enjoy a 40 per cent discount on daily maintenance fees and a three-day grace period starting October 1.

Notably, customers with existing Fuliza loans will continue servicing them using the old tariffs. They will enjoy the reduced charges after they fully settled their debts.