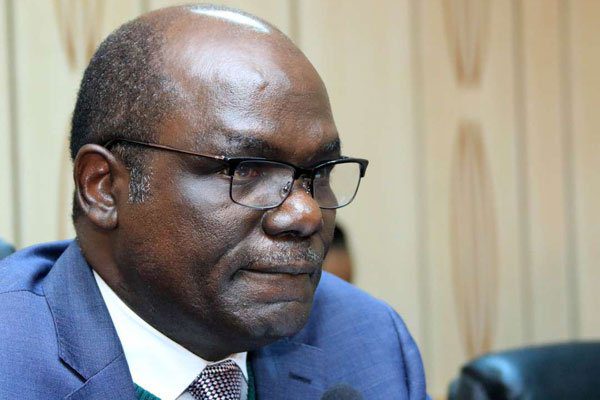 Police have released a foreign Independent Electoral and Boundaries Commission (IEBC) technology personnel who was arrested on Thursday at the Jomo Kenyatta International Airport (JKIA) entering the country with election-related stickers from Venezuela.

Police spokesperson Bruno Shioso today said the foreigner was nabbed and the stickers impounded because IEBC did not follow the right procedure on importing sensitive election materials into the country.

“The arrest was necessitated by the sensitivity of elections material. IEBC did not follow the laid down procedure of bringing the materials into the country. The stickers were not declared as per the law and they were not accompanied by an IEBC official as per the routine procedure. As per standard procedure and arrangement with IEBC, we were not notified of such an import beforehand to provide necessary security and escort,” Shioso said in a press release to newsrooms.

He stated that police released the foreigner after, “Subsequent investigations revealed that stickers are bona fide property of the IEBC and part of the election-related material.”

Yesterday, however, IEBC protested the arrest of three key personnel responsible for the deployment and management of election technology infrastructure stating the security authorities were notified of the presence of the foreigners in the country. “The brazen decision of the security authorities to arrest, detain and confine in a solitary hideout of the three personnel without justification is an exhibition of intimidation on hardworking persons who are only keen to deliver a robust technology infrastructure for conduct of a credible, secure and verifiable election,” IEBC said.