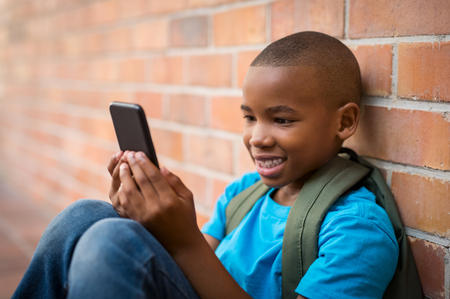 Parents around the world are trying to establish healthy digital habits for their kids. But how do they get along?

A new global study reveals that worldwide, 61% of parents find it difficult to be role models for their kids and occasionally they don’t follow the rules they set for their little ones. Also, more than half of the parents (54%) try to establish healthy digital habits and rules for all family members.

The study by Kaspersky explored the role of healthy digital habits in the family, as well as the effect of parents’ behaviour on children and vice versa.

The study revealed that 68% of the kids receive their first device before the age and this calls for adult supervision on how they use them particularly using the Internet. However, parents often fail to abide by the rules that they set for their kids. The study shows that 48% of the respondents admitted that they spend three to five hours on devices every day and the majority (62%) consider this time to be normal.

On the other hand, 48% of the kids spend the same amount of time on devices as their parents- three to five hours a day. But 53% of adults felt that kids should spend up to only two hours on devices.

In some instances, adults consider certain behaviours to be acceptable for themselves and not their children. For example, 37% of the parents believe its okay to share photos of family members on social media. On the contrary, less than a quarter (24%) of parents think such behaviour is acceptable for their kids.

The survey involved adults who live with their children aged 7-12 years old, full-time. The sample included 1,000 respondents from the UK, France, and Germany; and 500 in each of the following: US, Turkey, Egypt, Brazil, Columbia, Russia, South Africa, Malaysia, Singapore, UAE, Saudi Arabia, Nigeria, Peru, Chile, Argentina, and Mexico.