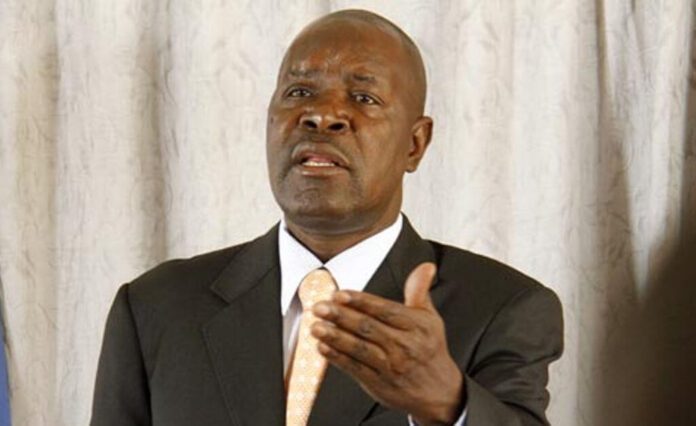 The long-serving Uganda Media Centre Executive Director, Ofwono Opondo has been re-appointed by President Yoweri Museveni for another three years term which expires in 2025.

Opondo was first appointed to the position in May 2013, succeeding Fred Opolot on a three-year contract deputized by former army spokesman, the late Lt. Col. Shaban Bantariza.

“In exercise of the powers vested in me under Article 172 (2) of the Constitution of the Republic of Uganda I have renewed the Contract of the Executive Director of Uganda Media Centre,” Museveni wrote.

In 2016, Opondo was re-appointed to the same position for another three years contract which had long expired by 2022.

Commenting in a tweet about his re-appointment, Opondo said he is grateful for the opportunity to continue serving in the same position.

“@KagutaMuseveni has reappointed me as #ExecutiveDirector @UgandaMediaCent for three years from July 2022. Am grateful for his continued trust in me and look forward to working with colleagues in @GovUganda in serving the public better,” he tweeted.

The Uganda Media Centre was established in September 2005 by President Museveni with a mission to facilitate the meeting of communication and information needs of the government and the people in order to achieve social, political and economic transformation.

The institution operates outside ordinary public service structures. Among other objectives, the Media Centre exists to provide professional media and communication services to government departments.

It also plays a role in generating information for dissemination to the public. The Media Centre also works to standardize government communication and ensure the government is fairly and objectively represented in the media.

The Media Centre integrates the international marketing of Uganda into the broader communication strategy of the government, to establish the Cabinet, Legislatures, Resident District Commissioners, Local Governments and foreign missions as critical elements of government communication among others.

Before becoming the full government spokesperson in 2016, Ofwono Opondo served as the deputy spokesperson for the National Resistance Movement (NRM), the ruling political party.