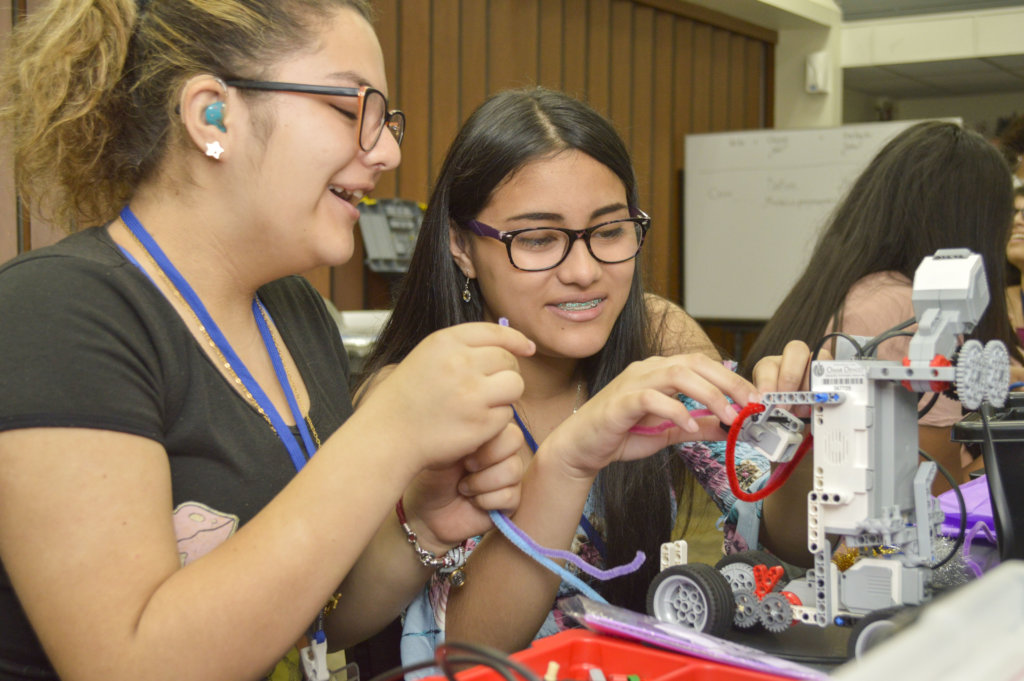 Nutanix recently assisted two Computer Science honours students from the University of Cape Town (UCT) in South Africa, with the provision of the infrastructure needed to support the completion of their final honours practical.

The students, Brooke Stewart and Christina Spanellis were given access to an Ubuntu Virtual machine with 3 8 Intel Xeon Gold 6254 CPUs @ 3.10GHz. and 32GB RAM from Nutanix Labs on which to run their project titled “Evolving Robot Bodies and Brains – a Computer Science Honours project investigating the impact of a complexity cost and environmental complexity on artificially evolved robots”. Based on the results of their findings and the calibre of their final assignment, the all-female team were both awarded the BSG prize for the best Honours project at UCT.

“Our project had unforeseen challenges. One of which was the fact that we needed to extend the capabilities of the simulator for us to be able to run our revolutions,” said Stewart. “Another challenge was that we needed to run our computationally expensive, lengthier simulations on a high-performance computing cluster.

“However, our project code was in C++, meaning it needs to be compiled where one intends to run it. In short, our project had multiple dependencies and required multiple external libraries, when all added together it means that the process itself would be an exceptionally time-consuming task. We realised too late that we did not have the admin privileges required to install what was needed on the clusters, meaning that we wouldn’t have been able to complete the project within the time available,” she added.

With the odds stacking against the team, they realised that just preparing the infrastructure on which to run their experiments would take weeks, like support tickets to secure a cluster would itself just a week. This is when Nutanix donated a virtual machine, hosted in its labs, to which the team had full access to run their experiments and simulations.

“We didn’t want to scale down our proposed experiments to a point where they could be run locally as this would result in weak and inconclusive results. When Phillip from Nutanix set up the virtual machine for us and allowed us to run multiple sets of experiments using scripts day and night, uninterrupted for a week, he really changed the playing field for us. Not only did he give us admin privileges so that we were able to install everything we needed to, but he also even went the extra mile to have a Zoom call with us to ensure we could get our equipment running as it should. I’m still stunned he was willing to step in and help us over and above his work,” said Stewart.

The project aimed to determine how environmental complexity impacts the evolution of robotic complexity, as well as investigate whether there is an associated cost with this complexity. For each simulated environment, robots were evolved with and without a cost on complexity – all to determine the impact of a complexity cost on the performance and the complexity of evolved robots. Applications of this nature in the “real world” are pertinent to the development of automated engineering.

“It was a pleasure working with this team and I am deeply impressed at the sheer scientific level and ambition they presented throughout our dealings. If this is the level of skill as students then I can’t wait to see where the rest of their careers take them,” said Phillip de Waal, Solutions Architect at Nutanix Sub-Saharan Africa. “At Nutanix we constantly work towards positively impacting the world by lending our voice, time, product, and funds to help solve problems where we can. We want to encourage learning and care for the global communities in which we operate. While helping Brooke and Christina was a drop in the ocean for us, we hope it has a ripple effect on their lives into the future.”