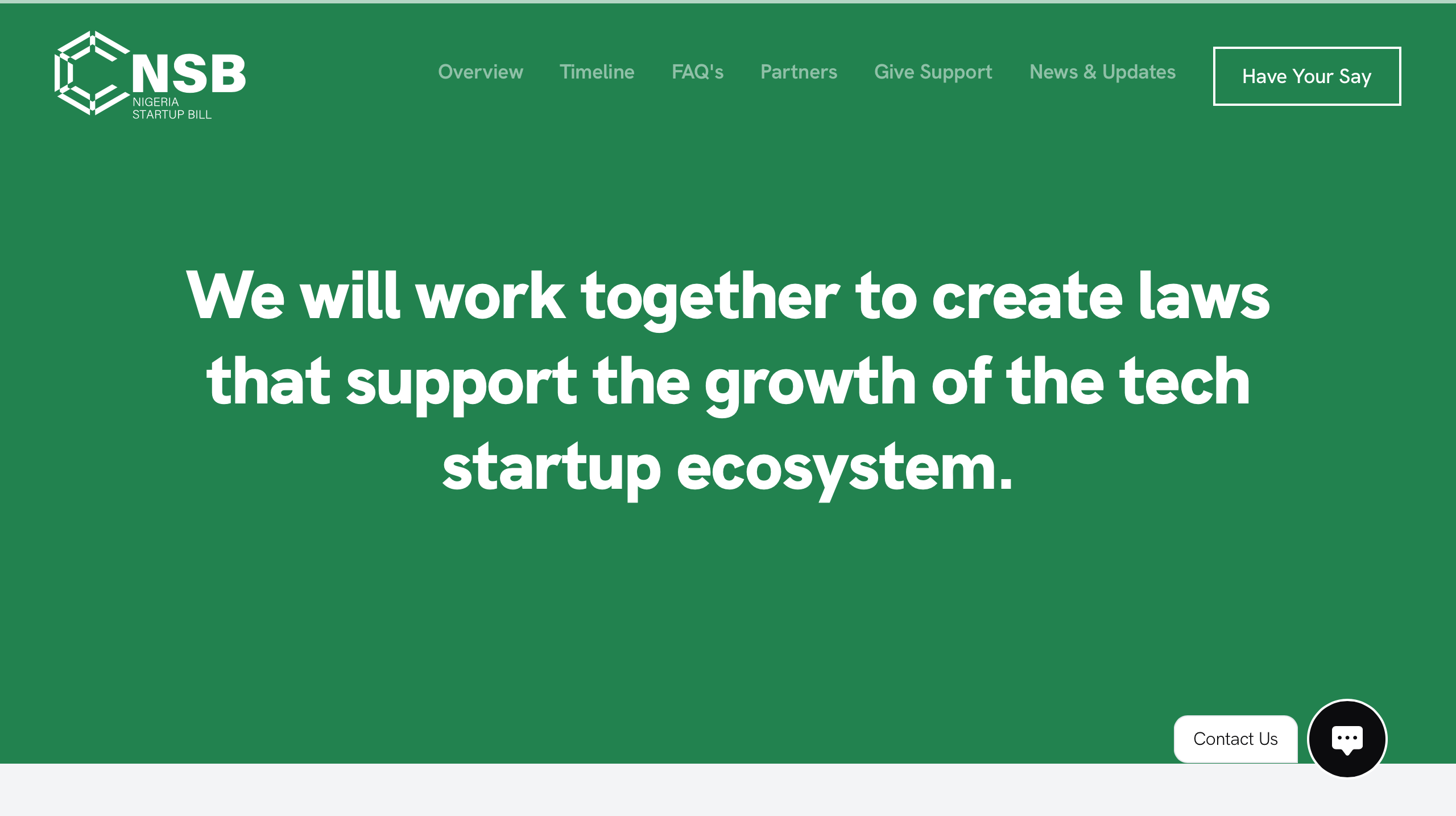 Nigeria is making instrumental strides towards becoming an enabler for tech businesses and and startups. Preparations for the Nigeria Startup Bill have moved out of the meeting rooms and are now in full swing towards implementation.

The bill is being put together to foster the growth of startups in the tech ecosystem in Nigeria. In May, a town hall comprising some stakeholders in the space as well as some government representatives discussed the need for a startup act, especially for tech companies.

Nigeria’s tech ecosystem has seen rapid growth over the last few years. Many would say that the ban on cryptocurrency, and the end of motorcycle hailing are setbacks. Since the bill is for the tech ecosystem, insights and suggestions from as many players in the space are going to be needed to make it work.

One thing with these types of regulations, is that they raise an unambiguous question: can startups really flourish in Nigeria?

To dispel such fears and sustain optimism about doing business in Nigeria, startup leaders are fishing for solutions with the cooperation of government officials. The lifeline on the table is the much coveted startup bill.

In September, all of the inputs about the bill will be looked into and a final draft will be put together and presented to the president who will then present it to the National Assembly in October.

Kenya, and her capital Nairobi, already have a startup bill in place. Often dubbed as the Silicon Savannah, the Kenyan government has implemented the bill in a bid to develop a number of incentives for startups.

This is in addition to having a protection for intellectual property among several interesting provisions. The bill also provides a framework for the development of innovative entrepreneurship, establishing incubation hubs, and building a network of global and regional investors.