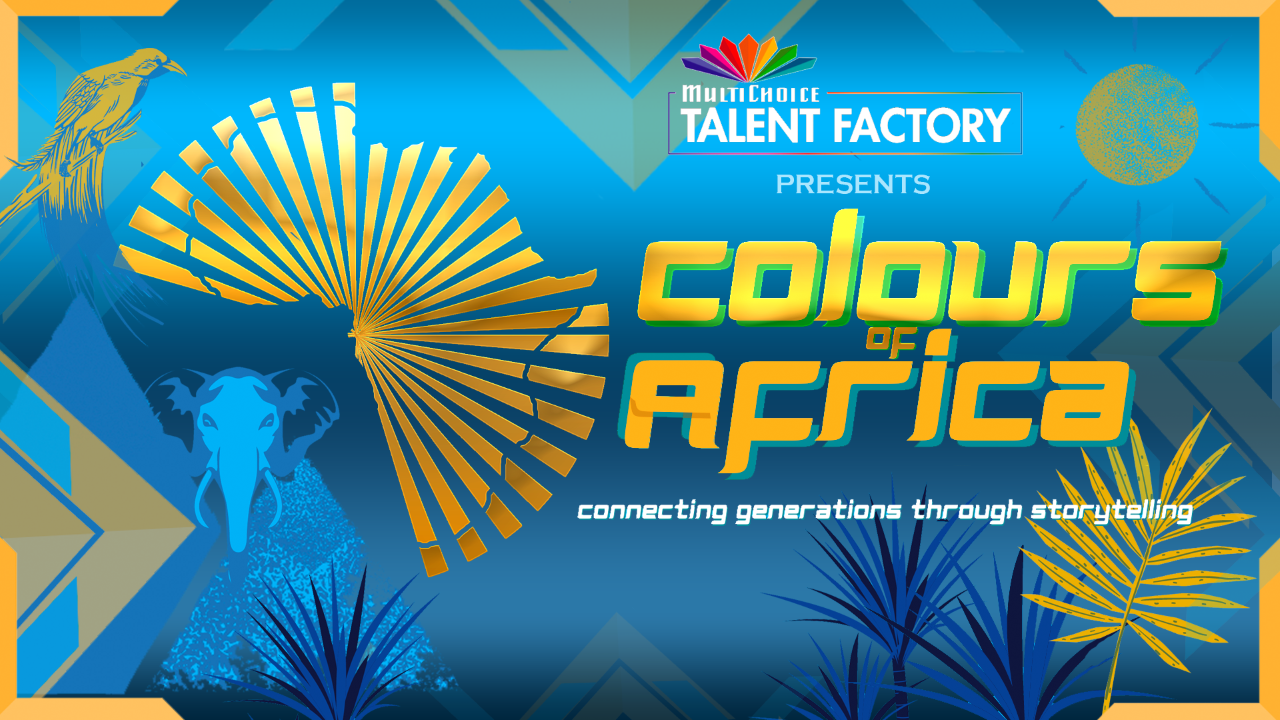 The MultiChoice Group and the MultiChoice Talent Factory (MTF) are proud to celebrate the love of African cinema with the Colours of Africa film series.

The series will feature 16 films shot and directed by the MTF Academy’s Class of 2020, available on Showmax on Africa Day and M-Net Movies AfroCinema pop-up channel from 21 – 30 May 2021. Viewers will get to sink their teeth into a selection of films from East, West and Southern Africa, and marvel at the results of the talent honed by the MTF Academy’s distinctive curriculum.

“The Colours of Africa film series is one of the many ways that MultiChoice celebrates young film talent in Africa. We are proud to honour Africa Day by celebrating the work of the MTF Academies’ Class of 2020 in this way. The film series also speaks to MultiChoice’s commitment to developing and nurturing the abundance of young talent who represent the future of our industry,” says Yolisa Phahle, MultiChoice Group CEO of General Entertainment & Connected Video.

The M-Net AfroCinema pop-up will also feature films from the inaugural class of the MTF Academy, as well as public service announcements (PSAs) shot by the Class of 2020 for the United Nation’s #PledgeToPause campaign as part of their academic course.

The COVID-19 pandemic set a precedent for the Class of 2020, but their resilience culminated in a successful second year of the MTF shared-value initiative. While the students’ academic course was extended from 12 months to 18 months, the additional time allowed for an online accredited course through our proud partnership with the New York Film Academy.

“The theme of the collections of films is ‘Connecting generations through storytelling’ and what is particularly beautiful about the series is that the MTF students produced the short films in their home countries adding local context, voice and visuals to their cinematic expression in the Colours of Africa series.

The series also speaks to the purpose of MTF to ensure that we invest in the next generation of storytellers with knowledge shared by skilled professionals in the industry,” says Cheryl Uys-Allie, Director of the MultiChoice Talent Factory initiative.

This one-of-a-kind film series is also specially curated for those with a love for African film, and is in line with the MultiChoice Group’s support for the preservation and celebration of African history, culture, and traditions through film and TV.

Alongside igniting Africa’s creative industries, the MultiChoice Group is equally driven to celebrate the world-class stories created by Africans for Africans and the world.

Viewers will be able to watch all films on the M-Net Movies AfroCinema Film Festival pop-up, DStv Channel 198 from 21 – 30 May and on Showmax on Africa Day and beyond. Existing GOtv Max, GOtv Plus & GOtv Jolli customers will also be able to watch the Colours of Africa series on channel 29 for all markets and channel 129 for Uganda and 329 in Ghana as part of the M-Net AfroCinema pop-up.