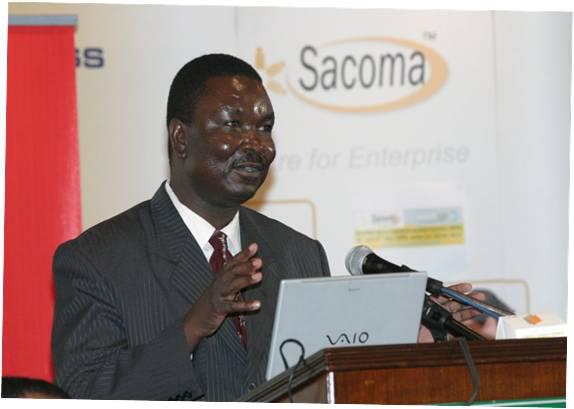 Prof Tom Peter Migun Ogada has been appointed as the Chairman of the Board of the Kenya National Innovation Agency (KeNIA). His appointment is timely following the release of the Kenya Innovation Week report highlighting the originality of Kenyans.

He served as the Executive Director, African Centre for Technology Studies (ACTS), a position he held since July 2018. His wealth of experience and innovative mind makes him an ideal candidate as KeNIA Chair. He holds an MSc in Mechanical Engineering from the Belarusian Polytechnic, Minsk, USSR (1987), Ph.D. in Chemical Engineering from the Technical University Hamburg-Harburg, Germany (1995), and an MBA in Strategic Management from Moi University, Kenya (2005).

Over the years, Prof Ogada has worn many hats and had an illustrious career starting out at Moi University where he worked for 18 years before rising to the position of Associate Professor, Energy and Environmental Engineering in 2000. Here, he helped establish MSc and Ph.D. programmes in Energy Studies.

He then rose to Head of Department, Production Engineering for six years (1996-2003) and was the founder and Managing Director of Moi University Holding Ltd – Eldoret, a technology transfer arm of the university from 2003 to 2006. From 2006 to 2009, he was the Managing Director of the Kenya Industrial Research and Development Institute (KIRDI). Between 2009 to 2011, he joined the National Economic and Social Council, a Kenya government policy advisory body, as a UNDP-funded research fellow responsible for the manufacturing sector and the development of the science, technology and innovation policy.

Parallel to the aforementioned assignment, he was Advisor to the British Council on a DFID-funded project – the African Knowledge Transfer Partnership. He then went on to serve as the County Minister responsible for Trade, Industrialisation, and Investment in Homa Bay County. This was before he joined the Kenyan National Commission for Science, Technology, and Innovation (NACOSTI) as the Chairman and served for about a year.