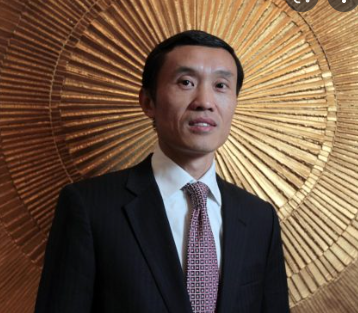 Tom Gong, has a very impressive resume having worked as Co-Founder and CTO of AliExpress a wholly-owned subsidiary of Alibaba the Chinese online giant and led the team to grow it to become the largest cross border eCommerce transaction platform.

In 2012, Tom started Wanda eCommerce (Feifan) in 2012 within Wanda Group to optimise shopping mall operations through the use of internet technologies. Wanda is the largest commercial real estate company in the world. Previously Tom worked as a technical program manager for Google Wallet, from 2007 to 2009.

Most recently, Tom Gong has been working at AllDragon which provides SaaS management software for over 500 shopping centres to better connect retailers and consumers. Tom has a Master of Computer Science and MBA, both from Columbia University and a Bachelor of Engineering degree in Electrical Engineering from the Huazhong University of Science and Technology.

“Lipa Later is a fast-growing, Buy Now Pay Later business based in East Africa and rapidly expanding across the African market. As the level of affluence grows across Sub Saharan Africa, consumers Lipa Later is positioned to be able to help consumers access different products today and pay in staggered payments across a number of months. With a population of more than 1 billion people, and over 50 per cent of that number being under the age of 18, the market for Lipa Later is enormous and I am pretty excited at being able to help Lipa Later grow and build robust technology that can help us access all of these numbers,” Gong said.

Eric Muli, the Co-Founder and CEO of Lipa Later said, “We are very excited to have Tom Gong join Lipa Later as our Chief Technology Officer. As a world-renowned Tech heavyweight, we are very excited to have him as part of our team and have him lead us into creating robust systems that will enable us to grow Lipa Later across different African Markets. With Tom on board we have added yet another strong member into our team, with Africa as our focus”

In January, Lipa Later raised US$12 million from a consortium of investors to help it increase coverage in existing markets and expand into new ones. Formed in 2018, Lipa Later leverages data analytics to provide consumers with access to convenient and affordable credit. Its proprietary credit-scoring and machine learning system enables a consumer to sign up and get a credit limit in seconds, without the need for bulky documentation and a lengthy approval process.