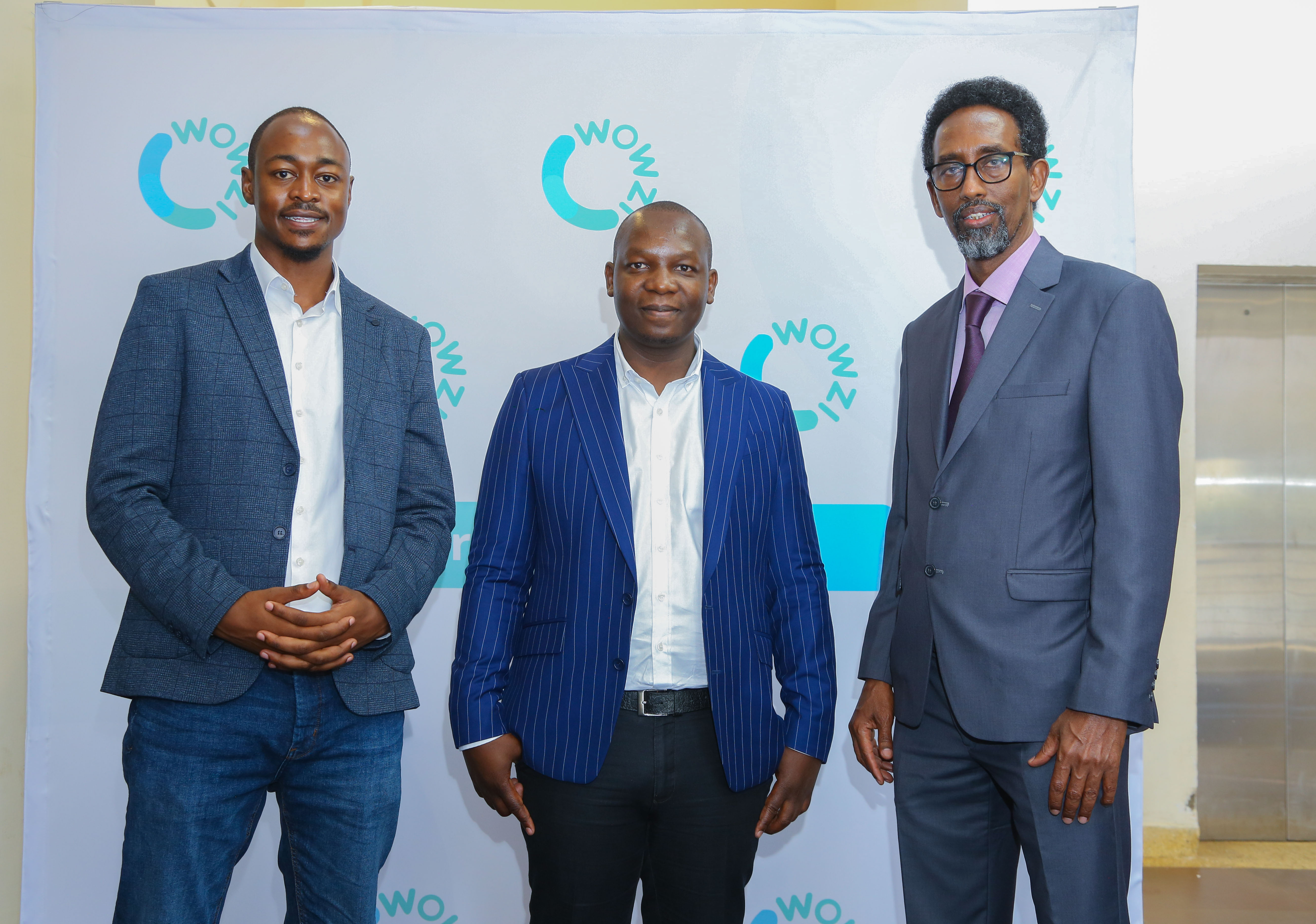 WOWZI CO-Founders, Brian Mogeni(LEFT) Mike Otieno(Center) and Dr. Bashir Hassan(RIGHT) pose for a photo after the breakfast session during the digital and technology week at Movenpick Hotel [Photo: Courtesy]

Kenyan tech startup Wowzi has announced it will create one million gig jobs for African youth in 2022 through its online marketplace, after successfully delivering over 150,000 paid jobs in 2021.

The firm which does influencer campaigns for brands and companies says it plans to expand partnerships with local, regional, and multinational FMCG companies, Telcos, Banks, Creative Agencies, and Development Institutions to create job opportunities for youth. The company pays out Sh5 million every week to influencers amounting to Sh260 million every year.

Speaking on Thursday during the company’s official launch in the East African market, Wowzi Co-Founder and Chief Executive Officer Brian Mogeni said companies are increasingly aligning their marketing strategies to tap into micro and nano content creators looking to monetize their social media accounts and develop sustainable income streams outside of traditional or formal employment.

“Mobile use has become a key driver of commerce in African markets, and it’s where young people already spend their time. Youths only require lightweight remote training to master the key principles of sharing brand messages, so suddenly anyone with a phone can influence their peers through social media. Now that Wowzi has created the technology platform to efficiently distribute and manage job offers to thousands of youth at a time, brands have an opportunity to engage directly with youth and offer meaningful gig work. Wowzi offers a new layer of advertising for brands that can help target niche communities.” he said.

“Emerging markets are low trust environments, and so the messenger really matters. An endorsement online from someone you really know goes a lot farther than a celebrity endorsement, for example. As a result, nano and micro-influencers with smaller, more intimate and engaged followers deliver better qualified sales leads. And everyone has influence” he added. “Nano influencers are social media users with 250 to 5000 followers. Engagement on posts by nano-influencers is nearly 3 times higher than celebrity personalities” he explained.

The firm has signed up 60, 000 influencers in the East African Region primarily by word of mouth so far and has carried out 10,000 campaigns for over 150 clients. Mogeni announced the firm plans to enter three new markets including Ghana, Nigeria and South Africa over the next month.

According to the International Labor Organization, Africa has the lowest unemployment rate globally on paper among youth ages 15 to 24 (10.6 per cent in 2021). The majority of Africa’s youth work informally, and many are underemployed or remain in poverty.