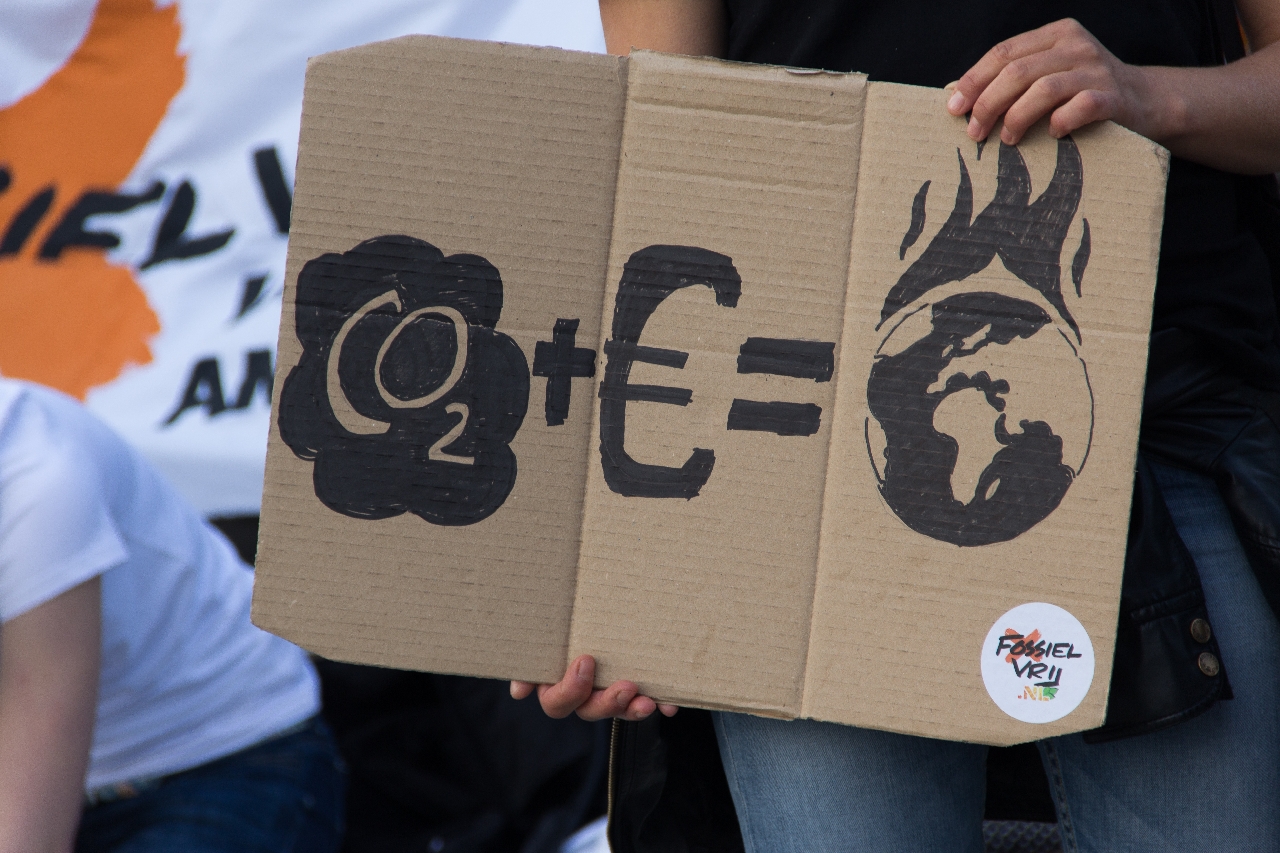 The 26th UN Climate Change Conference of the Parties (COP26), IPCC and UN report on climate change and emissions gaps, together with record-high CO2 emissions following the end of COVID-19 lockdowns across the globe, have placed a heavy focus on the most pressing issue of our time: how to arrest climate change. That, in turn, has shone an increasingly bright spotlight on the energy sector and how it must change if global emissions targets are to be achieved.

Kenya has proved to be fully committed to combating climate change and leading on renewables in sub-Saharan Africa. According to the Kenyan Energy and Petroleum Regulatory Authority (EPRA), the total installed energy capacity as of June 2021 comprised 863 MW geothermal, 838 MW hydro, 436 MW wind, 2 MW biomass, 90 MW solar, and 751 MW of thermal.

What does this mean? While thermal energy plays a role in Kenya’s energy mix, more than 70 per cent of installed capacity is renewable. Over the last five years, there has been tremendous growth in renewable energy technologies, particularly wind, solar and geothermal. This has seen several projects in the pipeline reach financial close, including a 40 MW solar power project in Malindi (the first operational renewable power plant in Kenya’s Coastal region) two 40 MW solar power projects in Uasin Gishu. And a 40 MW solar power project in Kesses (under construction). Africa’s largest wind farm, the 310 MW Lake Turkana Wind Power Project, began injecting power into the national grid in September 2018. While the second-largest wind power project in Kenya, a 100MW wind farm in Kajiado, began injecting power into the national grid in January 2021.

Today, the Kenyan Government’s commitment has been one of the critical drivers of the shift to renewable energy. It aims to elevate Kenya to an industrialized and middle-income country, providing a high quality of life to all citizens by 2030. In 2018, the Kenya National Electrification Strategy was launched to achieve universal access to electricity by 2022.

Complementary to this, Kenya also has a Feed-in-Tariff Policy (FiT Policy), an instrument for promoting electricity generation from renewable energy sources by guaranteeing a pre-determined tariff for producers for 20 years. Additionally, the government has made several tax incentives for renewable energy projects available, which have played a significant role in attracting investment in renewables.

In March 2021, President Uhuru Kenyatta appointed a task force to review Power Purchase Agreements (PPAs) entered into by The Kenya Power and Lighting Company PLC (the off-taker); assess the allocation of risk between the independent power producers and the off-taker under the PPAs; review the take-or-pay approach applied under the PPA structure and recommend other viable payment structures; and to review the current methods of sourcing for independent power producers and recommend appropriate alternative sourcing frameworks.

The Taskforce completed its work in September 2021 and made a raft of recommendations that may, if implemented, impact the energy sector and trigger changes in terms of PPAs going forward. Some of the recommendations include renegotiation of PPA tariffs within the existing contractual arrangements to reflect price changes;  exploration of denomination of future PPAs in local currency to manage fluctuations and volatility in customer bills that result from forex adjustments; that the take-or-pay approach applied under the PPA structure be maintained, although where practical, existing PPAs should be renegotiated to “pay when taken” terms (it recommended in particular, that pay when taken approach to be adopted in the case of expired thermal PPAs (where required)) and adoption of standard PPAs and a standard Government letter of support for power projects.

Finally, Kenya enacted the Energy Act, 2019, a robust legal framework that consolidates the laws relating to energy; promotes renewable energy; promotes exploration, recovery, and commercial utilization of geothermal energy; and regulates midstream and downstream petroleum and coal activities, among others. Key regulations under the Act are currently being developed.

Under the 2021 FiT Policy, all projects approved for implementation shall not require any form of security or guarantee from the government, including letters of support, which have been synonymous with the sector until now. This may impact the bankability of projects procured under the 2021 FiT Policy. Also, Solar and wind projects approved under the previous FiT Policy (2012) whose PPAs have not been signed will be transitioned to the Auctions Policy Framework. Consequently, some level of resistance is anticipated from the affected projects and possible delays as the policy will be tested for the first time.

In the recent past, the off-taker has insisted on the “take and pay” approach in PPAs, where the national utility pays only for the electricity it takes from IPPs. This approach is deemed a potential solution to the high cost of power purchased from IPPs, a challenge the off-taker faces. The task force mentioned above reviewed the take-or-pay approach applied under the PPA structure and recommended that the take-or-pay approach, used under the PPA structure be maintained.

However, where practical, existing PPAs should be renegotiated to “pay when taken” terms. It recommended that pay when taken approach be adopted in the case of expired thermal PPAs (where required). In the event of a shift from the “take or pay” approach to a “take and pay” approach, the bankability of renewable energy projects in Kenya may be adversely affected. Therefore, such a move is likely to receive pushback from IPPs and lenders.

The initial draft of the REAP Policy did not provide timelines within which bids were to be evaluated. However, the PPA Taskforce recommended timelines for the evaluation of bids under the REAP Policy. If the Taskforce’s recommendations are implemented, this will go a long way in building confidence among investors. The government should similarly address the other challenges that potential developers face, such as land acquisition for projects, as bidders may struggle to meet some prequalification requirements (for example, evidence of land rights/access for plant and interconnection infrastructure).

On the bright side, the anticipated renewables/ new technology is expected to play an important role in Kenya by; boosting nationwide access to electricity through the national grid; realization of the Big 4 Agenda (manufacturing, food security, affordable housing, and universal healthcare); reduction in the cost of power in homes and the manufacturing sector; mitigating climate change by reducing Kenya’s carbon footprint and job creation for citizens.

What are key investment opportunities in the energy and natural resources sectors over the next 5 to 10 years? Well, Corporate PPAs are likely to gain prominence to address some of the cost and supply challenges associated with reliance on the national grid and meet sustainability goals at a corporate level. There will undoubtedly be quite a lot of investment in transmission and distribution.

Kenya has made progress in the power generation sector. The focus is now shifting to transmission and distribution to expand the grid network and facilitate access to electricity in remote and rural areas. Under the ten-year Least Cost Power Generation Expansion Plan for the period 2021-2030 (LCPDP), there are plans to construct additional distribution lines and establish new substations to extend power supply in rural areas. The LCPDP also proposes using ICT to increase the number of service providers within Kenya. In the coming years, we may see the end of a monopoly distributor of electricity. This will expand customer choices and hopefully reduce the costs associated with electricity.

Furthermore, investment is anticipated in energy storage, which remains a challenge. The LCPDP has identified the development of battery energy storage systems as one of the necessary steps to be taken to support the integration of variable renewable energy technologies such as wind and solar. The battery storage systems will be used for system support by storing energy that can be utilized during peak hours.

To meet Kenya’s rural electrification targets, it is anticipated that there will be more focus on mini-grids. Government initiatives such as the proposed Energy (Mini-Grid) Regulations of 2021 and the selection of Kenya as a pilot country for the Scaling-Up Renewable Energy Programme (SREP), which was established to scale up the deployment of renewable energy solutions and expand renewables markets in low-income countries are a big step towards achieving net-zero transmission and universal access to electricity in Kenya.