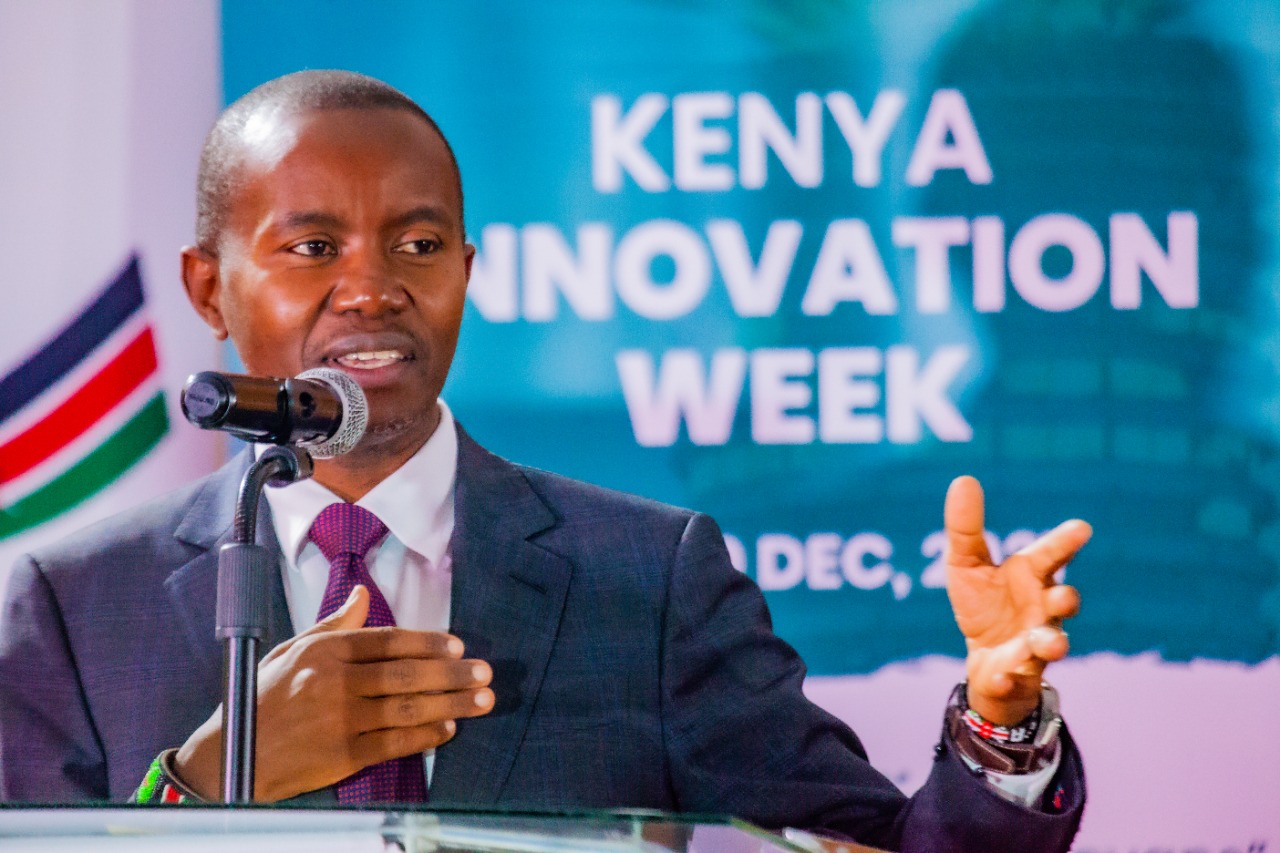 Stakeholders have called for the creation of an enabling environment to support start-ups in Kenya. They spoke during the inaugural Kenya Innovation Week (KIW) organised by the Kenya National Innovation Agency (KeNIA) at The Kenya School of Government at Kabete, Nairobi.

KIW offers opportunities for start-ups, corporates, universities and government agencies to showcase their innovations by exhibiting.

While addressing delegates, innovators, and investors, the Cabinet Secretary Ministry of Education Joe Mucheru emphasised the need to commercialise the innovations by Kenyans and turn them into flourishing start-ups.

“The ultimate measure of the success of the innovation ecosystem is by the growth and survival of start-ups in Kenya. We should measure our success with the number of unicorns we generate,” he said.

Start-ups in Kenya have challenges accessing talent. CS Mucheru called for the creation of a centralised skill database to make it easier for organisations to connect with talent.

“We should have a centralised skills database that allows us to register and audit the skills we have. We should make it easier to find talent,” he said.

Mucheru also highlighted that the difficultly in securing funding was hampering the growth of start-ups in the Country.

“Finance is still a challenge for Kenyan innovators, and this eats away most of their time as they become occupied with looking for funds at the expense of improving their innovations,” he stated.

Education Cabinet Secretary Professor George Magoha, in his speech delivered by the Permanent Secretary State Department for University Education and Research, Ambassador Simon Nabukwesi said, “given the profound social impact that start-ups have, it is important that science, research, and innovation be made a priority in the country”.

KeNIA CEO Dr Tonny Omwansa while articulating the rationale of the Innovation Week stated that the innovation showpiece is not an event but a movement and appealed to the various stakeholders to join the movement and impact the Kenyan ecosystem.

Honorary Consul of Estonia in Kenya Kadri Humal noted that while Kenya is doing well regionally when it comes to innovation, there was still room for improvement. She asked the government to create an enabling environment to support innovations.

World Food Programme (WFP) Kenya Representative and Country Director Lauryn Landis stated that “Innovation and entrepreneurial thinking are the keys to the advancement of the society. While Kenya has made significant gains in providing ideal environment for start-ups, they should be supported for them to scale”

According to The Global Innovative Index 2021, Kenya ranks at number 85 out of the 132 countries listed. Mauritius was ranked the most innovative country in Africa at number 52 followed by South Africa (61) and Tunisia (71).