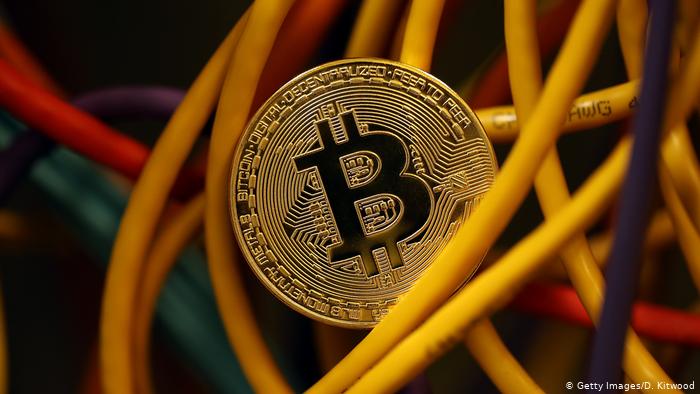 It was a moment for the history books earlier this year in June. El Salvador officially became the first country in the world to accept Bitcoin as a legal tender. Since 2001, it has actually been the U.S. dollar that has been El Salvador’s legal tender, not the Salvadoran Colon.

El Salvador is just one of many economies around the world that saw its home currency completely lose its value. The government of El Salvador relinquished its monetary policy, and embraced the ‘dollarization’ of its economy in hopes of attracting more foreign investment and trade. Now, twenty years later, the country has named Bitcoin as its second legal tender alongside the dollar. Many have opined whether this is the start of the global digital currency revolution that will see other struggling economies adopt Bitcoin as well.

Africa is a continent undergoing rapid growth and modernization. There is a thriving and ambitious young middle class that is trying to implement change and evolution. The continent has a population of nearly 1.4 billion people, a figure that is similar in size to India and China. And yet mobile phone penetration sits at less than 50% of its population, while high speed internet access is even lower at around 40%.

Four of Africa’s countries have more than 30% of their populations unbanked, including Morocco’s figure of 71% being the highest in the world. Egypt and Nigeria are close behind at 67% and 60% respectively.

First, let’s not confuse cryptocurrencies like Bitcoin with digital finance and payments. There is still a stark difference. China introduced its digital Yuan earlier this year, and the US is mulling over a digital greenback as well.

These are not the same as stable coins like the USDC or USDT. Digital currencies are still backed by the local currency, whereas cryptocurrencies are backed by the blockchain. Introducing a decentralized currency like Bitcoin is one road that many crypto enthusiasts would like to take. One Bitcoin is one Bitcoin, no matter where you are in the world.

For the unbanked population of Africa, living in rural villages is a serious impediment to accessing banks in the bigger cities. To borrow a popular phrase: Bitcoin fixes this. With rapidly accelerating internet coverage on the continent, Africans may soon find it just as easy to access a crypto exchange over a traditional bank.

Accepting Bitcoin as legal tender opens the door for easier payments for necessities such as utility bills and groceries. Perhaps most importantly to a developing continent like Africa is the ability for Bitcoin and other cryptos to help establish a digital financial footprint. This is something that was previously difficult to attain in Africa, and further development of this can lead to small businesses and entrepreneurs having an easier time obtaining loans for business development.

One of the more attractive qualities of cryptocurrency is that the government cannot intrude or interfere with the value or personal holdings. As has been witnessed in many economies around the world, Africa has a long history of hyperinflation which caused serious devaluation of local currencies. This is one reason why El Salvador chose to adopt Bitcoin, and why other Latin American countries are thinking of following in their footsteps. If anything, Bitcoin can bring much needed stability and structure to Africa’s continental economy.

Finally, like when El Salvador switched to the U.S. dollar, the opportunity for Africa to enhance its cross-border economy is one of the strongest arguments for Bitcoin adoption. There are 54 countries in Africa that use dozens of different currencies as legal tenders. Imagine a world where every country uses Bitcoin or at the very least a standard digital currency for trading and commerce between African nations. Small to medium businesses are a market that traditionally have not thrived in Africa, but with increased continental commerce this could change.

While these are all salient points as to the benefit of adopting Bitcoin as a legal tender, there are certainly prevailing negatives as well. First, Africa is a continent of 1.4 billion people, and El Salvador is a lone country of about 6.5 million people. Scale and scope are definitely going to be challenges.

Internet penetration is higher in El Salvador, and nearly every person in the country owns or has access to a mobile phone. This particular figure makes the introduction of digital currencies and the use of cryptos for day to day transactions much easier to accommodate.

How easy is it to get mass adoption in Africa, especially when dealing with 54 different local governments and banking systems. It was a difficult enough task to roll out in a small country like El Salvador, the logistics behind an entire continent would be much more complex. While El Salvador is by no means a wealthy country, there are areas of Africa that may never be able to fully develop to the point where they are using cryptocurrencies, especially with the current Bitcoin price once again approaching $50,000 USD.

Would Africa do better with a crypto that was more ‘affordable’? Cheaper tokens like XRP could be a solution because of the lower Ripple price, but Bitcoin offers more flexibility for businesses to carry out both domestic and international commerce.

At the end of the day, adopting Bitcoin is going to be a major undertaking for Africa. It’s clear that in a perfect scenario adopting Bitcoin as a legal tender is beneficial for struggling economies. It produces more opportunities for small businesses to increase their market and lowers cross-border and international transactions.

It also allows Africans who do not otherwise have regular access to traditional banks to become involved in global finance and increases their earning potential. Will this be easy to achieve? Absolutely not. But the timing may be perfect with a growing younger middle class that is ambitious to bring its continent into the 21st century.