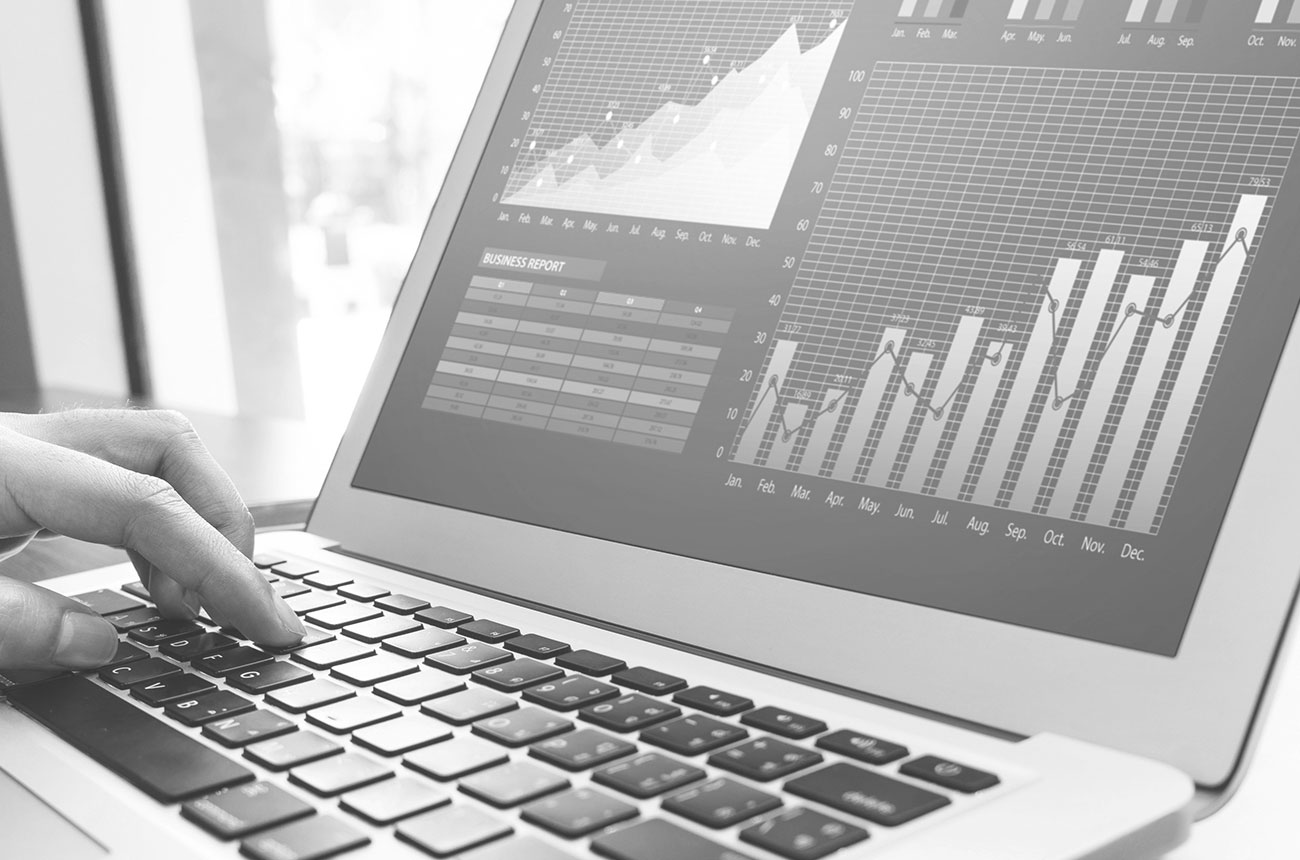 AWS, IBM, and Microsoft, with the capacity to handle massive data sets, machine learning, and AI in the cloud, have created managed services to support IoT, but is that best for enterprises?

Eager to cash in on the massive potential for IoT-based data storage and analytics, public-cloud vendors are diving headlong into the IoT market, offering enterprises everything from individual building blocks to fully managed services and every combination in between.

The hyperscalers certainly have the capacity to handle that amount of data, as well as the machine learning and AI expertise to perform the analytics. Most enterprises do not, and even if they did, organizations realize that machine-generated data is fundamentally different than human-generated data and should be handled in a different way.

For example, business data (customer data, business process data, application and software development data) has intrinsic value. It needs to be classified, protected, and stored; it also needs to be available, searchable, and recoverable. But in many IoT scenarios, machine-generated data is only relevant when there’s an exception, such as an engine overheating or an intruder being spotted on video surveillance. The rest of the time that data is of little value, so it probably doesn’t make sense to allocate precious data-center resources to this type of use.

The preferred approach is to perform as much of the analytics as possible closest to where the IoT data is generated—and that means the edge. IoT at the edge enables companies to get real-time results, avoid bandwidth issues and reduce costs associated with transmitting all that data back and forth to the cloud.

But the competition facing the cloud vendors doesn’t end there. Companies like SAP, Salesforce, and Nutanix all have IoT platforms. Cisco and Huawei are coming at IoT from device and networking angles. In the industrial IoT arena, PTC, Siemens, Rockwell, Schneider Electric, and Emerson Electric each have their own IoT platforms.

In response, the cloud-first incumbents—Microsoft Azure, Amazon AWS, and IBM Watson—have extended their IoT platform capabilities from the cloud to the edge, and today they boast comprehensive IoT offerings.

“There are over 400 IoT-platform suppliers that offer a suite of services to build an IoT solution, but only AWS, IBM, and Microsoft have managed to build an IoT technology stack with the most breadth,” says Kateryna Dubrova, an analyst at ABI Research. That stack includes device connectivity, device management, data management and storage, data processing and streaming, event management, analytics, machine learning, AI, and visualization.

Beyond their own services, the strategy adopted by the cloud vendors is to build a rich ecosystem of partnerships, marketplaces, development platforms, and APIs, so that they can offer as much flexibility and as many pathways as possible—as long as the data that requires higher-level processing eventually ends up in their cloud, says Dilip Sarangan, senior director of research at Frost & Sullivan.

Neil Shah, vice-president at Counterpoint Research, says that the major cloud players are offering fully managed, end-to-end IoT deployments for “maximum value capture.” But they are also covering their bases by offering open interfaces and partnering with other players in response to enterprise concerns about vendor lock-in.

This “have it your way” approach makes sense when you consider the vastly different types of IoT scenarios and the different types of data generated by connected cars, smart cities, smart homes, manufacturing, verticals like oil and gas or healthcare, video surveillance, etc.

Dubrova adds that the one thing the cloud vendors lack is domain expertise in specific verticals. “Cloud vendor analytics toolsets tend to be very horizontal and limited—that is where partnerships are playing a key differentiation role.” On the flip side, software builders and IoT ecosystem companies are able to leverage their niche status by offering their services under the umbrella of a major cloud-services vendor.

From the enterprise perspective, Dilip says there are multiple entry points. Some companies might extend their preexisting relationships with IBM, Microsoft or Amazon and go for a completely managed service. Others will work with their incumbent software or hardware vendors as part of an upgrade cycle or a digital transformation initiative, and let them figure out the back-end logistics. Some companies might buy a turnkey IoT application from a startup; some might outsource their IoT project to a third-party like Accenture or DXC.

And sometimes a company might embark on its IoT journey over a craft beer, as was the case for Joe Vogelbacher, founder and CEO of Sugar Creek Brewing Co. in Charlotte, N.C.

Located near the Charlotte airport, the Sugar Creek taproom is a popular meeting spot for business travelers. One day, a group of executives from IBM and the German engineering company Bosch, who were visiting a client site, stopped by and Vogelbacher took them on a tour of the brewery.

He explained that his company was losing $30,000 a month due to spillage and inconsistencies in how the bottles were being filled. Some had too much foam, others not enough. Some were overfilled, some underfilled. The conversation turned into a brainstorming session in which the reps from IBM and Bosch, which has its own IoT software platform, said they might be able to help. An agreement was reached in which the tech experts and the beer makers would work together to help improve the manufacturing process through the use of IoT.

The IBM/Bosch team spent time learning about specific issues in the manufacturing process that needed to be addressed and figuring out what types of sensors to deploy and where. IBM built a separate, secure wireless network, according to Vogelbacher. Then they set up a series of cameras to take pictures of each bottle as it comes off the assembly lines. The images are analyzed in the IBM cloud and near real-time information is relayed back to the Sugar Creek brewers, allowing the brewmasters to tune the machines so that spillage is reduced.

Over time, the team added additional Bosch sensors and flow meters that capture information on key parameters in the fermentation process, such as temperature, pH, gravity, pressure and carbonation. Instead of workers walking around with clipboards gathering information, the IoT system is automatically collecting multiple data points per second, says Vogelbacher. “This gives us the opportunity to make better decisions and troubleshoot,” he says.

The IoT sensor data is transmitted to a gateway on the private Wi-Fi 5 (802.11ac) network, which uses an onboard GPU to make an inference from the image and record the fill level from the bottle. The data is synchronized and sent over a public network to the IBM cloud using the MQTT protocol. Once the data has been analyzed, the results are presented to Sugar Creek brewmasters on a 60-inch screen on wheels, so it can be moved around the facility.

Vogelbacher says the IoT system has saved his company at least $10,000 a month in spillage, but even more importantly, it has enabled the company to improve the quality of the beer. “Quality is our core value,” Vogelbacher says. The IoT system allows Sugar Creek to identify the quality aspects of beer—flavor, aroma, appearance, mouth feel—and link those qualities to specific production parameters.

And Vogelbacher isn’t stopping there. He is now working with IBM and the Watson team to take raw data from online reviews and translate that information back into production parameters in order to produce what he calls “a fully AI-generated beer.”

AWS vs. Azure vs. IBM

According to Counterpoint Research’s Shah, Microsoft’s Azure IoT offers the most comprehensive platform. “Coming from a strong enterprise cloud business, Microsoft Azure IoT is the only end-to-end platform that has successfully built its edge IoT capabilities and offers greater interoperability with other value-chain players.”

AWS offers robust cloud IoT and application enablement and has been building up its edge capabilities with Greengrass. But AWS lags Microsoft and the edge-first vendors when it comes to offering an advanced and scalable edge data-analytics engine, according to Counterpoint.

IBM’s big strength is its Watson machine-learning and AI platform. Also, its RedHat acquisition strengthens IBM’s edge software, security and virtualization offerings. However, IBM is playing catch-up when it comes to its partnership roster and edge-analytics capabilities, says Shah.

In Dubrova’s analysis, AWS and Azure have the lead over competitors because they keep building out new data centers across the world, effectively bringing the edge closer to clients. They also have the best pre-built machine-learning models and easy-to-use analytics toolsets, which are key. Recall the Sugar Creek example, where the machine-learning models needed to be trained to recognize when a beer bottle had the right amount of foam and was property filled.

The good news for enterprises is that there are options. Companies can set up IoT deployments building block by building block, without impacting IT infrastructure resources, says Dubrova. Or, they can take the managed services route. “Cloud partners’ domain expertise and analytics services are available as a subscription directly from AWS, Azure ,and IBM marketplaces almost as a ‘one-click purchase,’”she adds.

Shah says the IoT market is still young with enough room to give every IoT platform the potential to grow and be successful as millions of enterprises kickstart their digital transformations. “We will likely see a co-opetition model as many of these highly capable platforms compete as well as complement each other to help build an effective and efficient IoT solution,” he says.