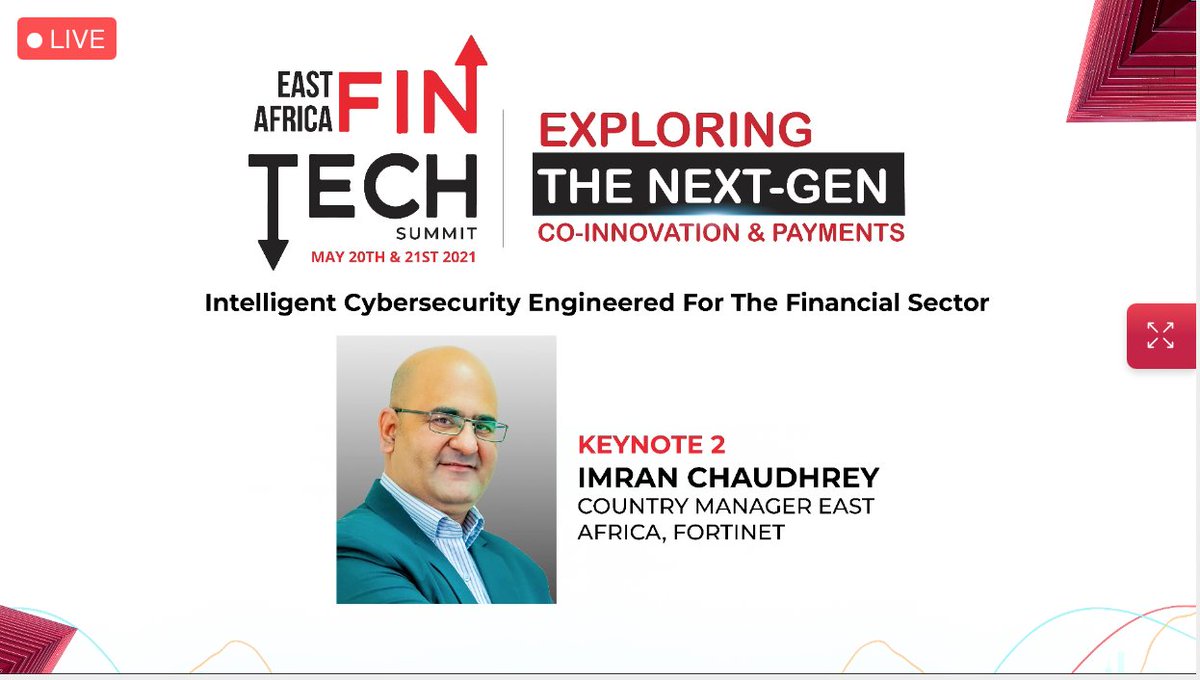 As this technological sector grows, so does the need for up-to-date cybersecurity.The number of connected devices continues to skyrocket, financial technology becomes cheaper and easier to use, and processes and services which were once monopolised by banks are now much more accessible my companies and the wider public.

Much like the world of Cloud, there are phenomenal advantages, and one major drawback that seems to keep rearing its ugly head. That head is cyber security. “Threat actors are constantly innovating new methods of attacking financial players to get in and carry out their objectives.”
said Imran Chaudhrey, the Country Manager at Fortinet.

Common forms of cyber threat in this case would include spear-phishing, or targeted attacks on individual by hackers claiming to be their bank or financial institution, tricking them into downloading malicious software, sharing sensitive information or entering passwords into an insecure, fraudulent website. It is essential for these Fintech companies, who are the mediators these people have to financial institutions, to keep these people updated on best security practices and how to avoid scams.

“Data is the first thing cyber attackers are after, intellectual property is a close second” continued Chaudhrey, giving rise to the understanding that FinTech has allowed for cheap expansion of access to banking institutions, therefore also allowing for a greater attack surface.

“We are working with proving our customers with an end to end security platform, allowing them to control and own every aspect of their data. Plus, we are helping financial players meet data governance and compliance standards,” he confirmed showing how critical Fortinet’s security Infrastructure is to detect and eradicate weak points in a system, so they can keep up to date on where their systems are lacking, and take the necessary steps to fill in the gaps.

While the investments in cybersecurity seem costly, FinTech companies must consider the benefits. Settlements for breaches can break the bank, and the loss in public trust after a breach could irreparably ruin everything. Insurance rates for data protection go through the roof after a breach, so make this much smaller investment upfront rather than deal with the cost later in the courts, legal and of public opinion.