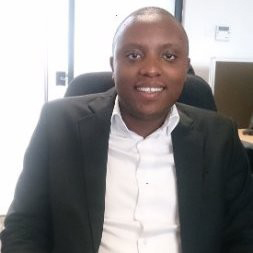 As confidence in mainstream banks remains low due to prohibitive interest rates, customers are embracing Savings and Credit Cooperatives (SACCO) as an alternative. Kenya’s SACCO movement is growing rapidly, thanks to innovation riding on the expanding mobile platform.

According to the latest report of the World Council of Credit Unions, out of the 20 leading Saccos in Africa, 18 are from Kenya.Just in July 2015, during the World Credit Union Conference in Denver, Colorado, Kenya won trophy for being home to the fastest growing SACCO sector.

Despite this, Kenyan SACCOs, according to Serianu are easy targets for cyber attacks. Over the past decade, Kenya has experienced tremendous growth in the use of Information Communication Technologies (ICT). The growth of systems such as Mpesa which is widely used as an alternative to transact has made money transfer quicker, cheaper and reliable over greater distances.

Kenya has been at the forefront of establishing the necessary cybersecurity governance framework for the country, recently the country introduced the Computer Misuse and Cybercrimes Act, 2018 which is expected to restrain cybercrimes and any other computer-related crimes.

The law enables timely detection, prohibition, response, and investigation of cybercrime. Despite having the necessary cybersecurity laws in place computer-related offenses are still soaring. “What are the security standards that are being adhered to, and how are they being responded to?” Asked Adolphe Ndagijimana, the CEO of Envision Global.

He continued, “SACCOs need a modern, open and unified approach to simplify security, allowing your SACCO to up its defences to put up a wall against growing threats with IBM’s QRadar SIEM.”

Despite the warning on the increase in cyberattacks most of these SACCOs are not cyber ready this, therefore, raises doubts on their ability to keep customer data safe. Hence, it is no mystery as to why SACCOs are changing up the game by embracing cyber defense technology in a bid to ensure they retain their position in the financial services sector.